[pics incl] Yeah, I don’t think so.  I opened a box, found a spider (maybe half dollar+ leg-span)… screamed… closed the box 😉  Then, realized it was probably a black widow (or something trying to make me think it was one) so I decided to open the box to make sure.  Red on the underbelly.  Jeff to the rescue.  It’s now a dead spider 😉 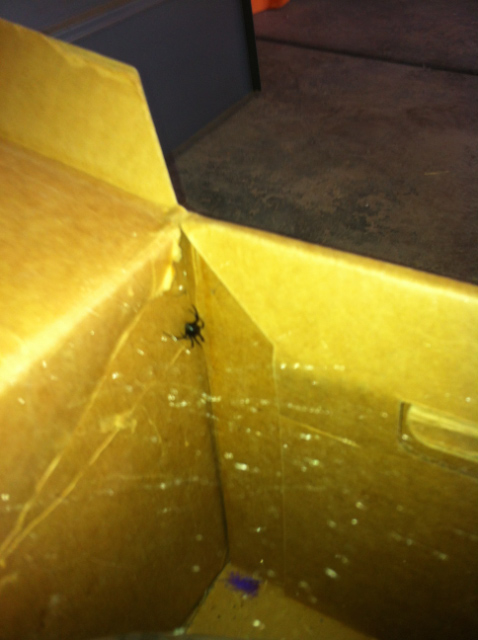 This entry was posted in TAZ and tagged Spiders. Bookmark the permalink.