[pics incl] Ashley has homecoming tonight and as she was getting ready, Heather offered to take her to dinner. Ashley stated that she was NOT going out all dressed up while Heather is in jeans! Heather said “FINE! I’ll go put on a formal! Then will you go?” Jeff, egging them on, offered to pay for anyone in a formal. 😉 I was standing here saying they should just get Courtney to dress up too. So they did!

Hair and pictures were rushed because going out for dinner was not calculated into the original evening plans!

A record 17 minutes later, all 3 girls are in formals and off to visit Jaime. 😉 (I have no idea if any of them have been to see him, but the last time I was there was Ashley’s & Heather’s birthday! http://blog.scottsontherocks.com/blog/2013/01/19/birthday-dinner-with-jaime/ ) Hopefully, he will be there, we usually call ahead. 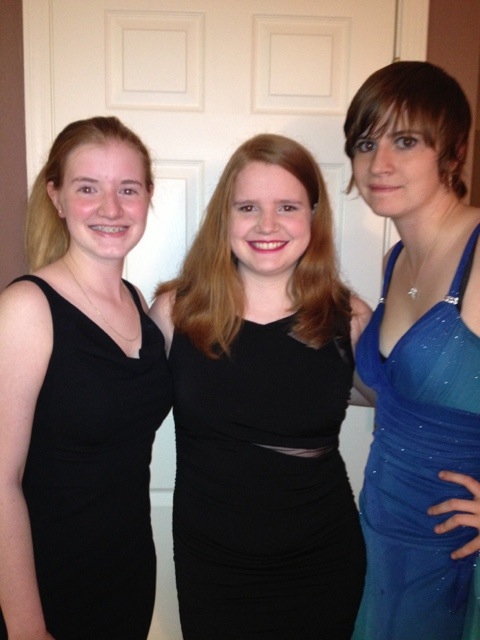 AND, he was there! His section was outside so pictures were difficult to take. 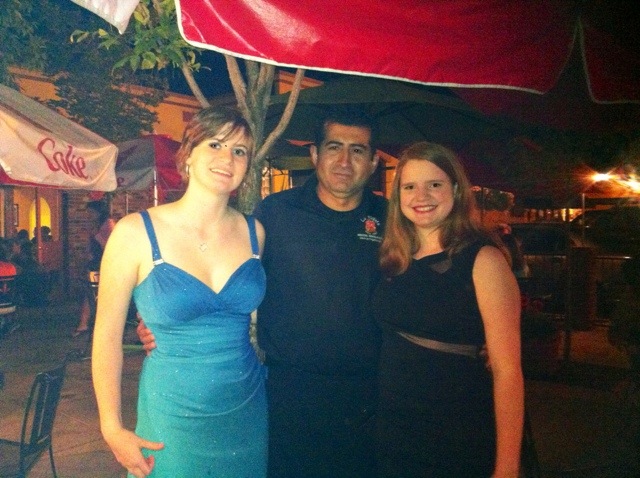 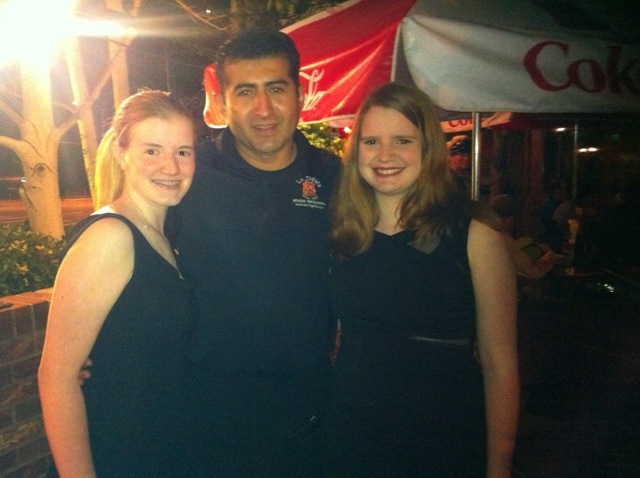