[pics incl] Well, I braved a loud dinner out for my birthday. [ http://blog.scottsontherocks.com/blog/2013/10/05/thanks-for-the-b-day-wishes/ ] It was too loud but I toughed it out 😉 I had brought ear plugs but I told Shirley & Kevin that I can’t understand them without earplugs, I’d never figure out what “we” were talking about if I had them in! 😉 They brought me an awesome cake… and Jaime brought me flan! (I had a bit of each and never saw either again!)

Ashley managed to meet the owner again… and this time, his wife too. [ http://blog.scottsontherocks.com/blog/2012/03/10/we-are-ashleys-family-again/ ]

We all took pics with different phones but since we changed providers we are in limbo and I cannot receive txts!!! argh! I’ll post them when we get this figured out! [ http://blog.scottsontherocks.com/blog/2013/10/05/changed-cell-carrier-service/ ] FYI, we were missing Monina… the “spare child” is Courtney’s non-Imaginary friend from UCD, Claudia (“aka” Cloud). Shirley pointed out that William is surrounded by girls… he’s used to that! 🙂

AND… the spider made an appearance! [ http://blog.scottsontherocks.com/blog/2013/10/04/the-spider-on-the-wall/ ] After she SCREAMED and made a scene the entire restaurant stopped to witness, I made her POSE for a spider portrait! Heather-1:Courtney-0. [ Heather-1, Heather- -1… she scared herself later because she forgot it was in her pocket! ] 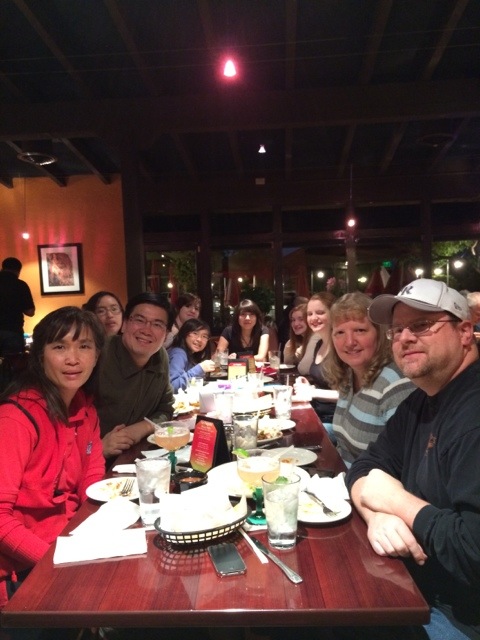 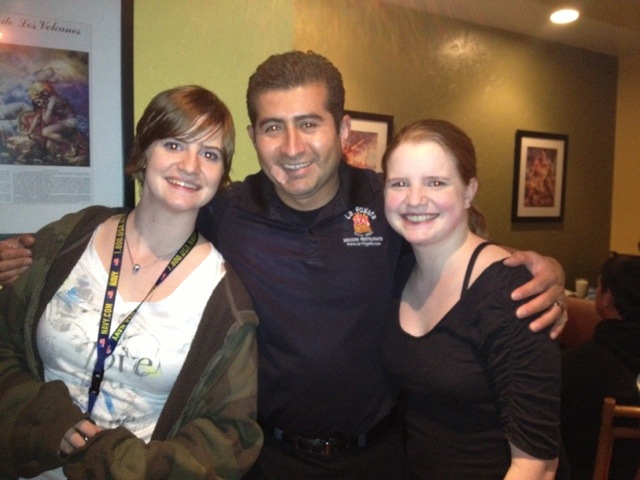 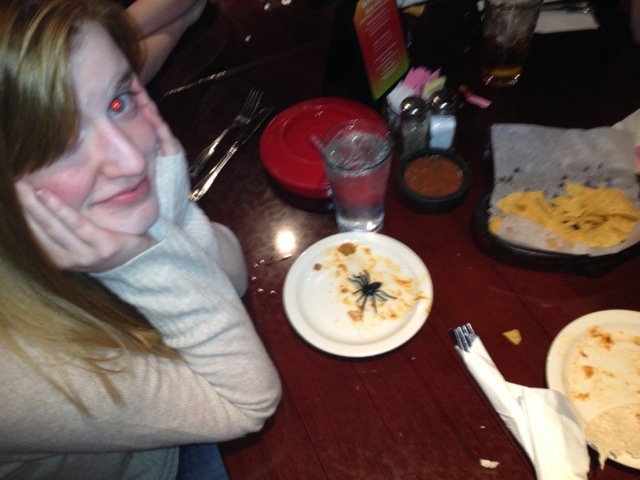 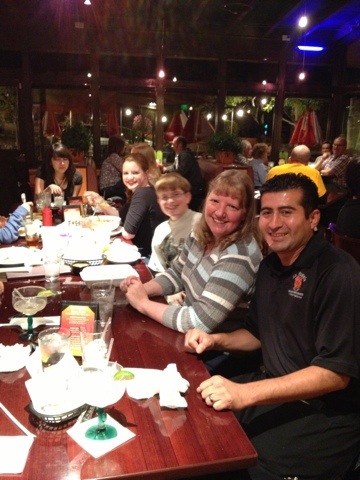 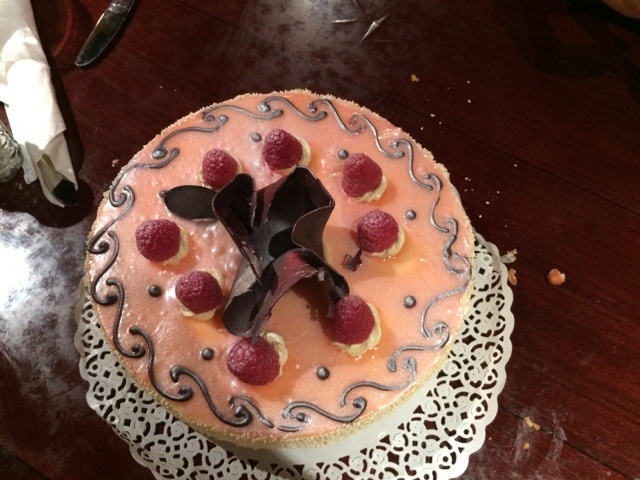