[pics incl]  If you were paying attention, TODAY, is Ashley’s 18th birthday (and tomorrow is Heather’s 22nd birthday).  We figured that KARMA has decided that I was NOT GOING TO COOK for them for their birthdays 😉 [ http://blog.scottsontherocks.com/blog/2015/01/14/kitchen-fire-011415/ ]

So, dinner with Jaime it is! [ http://blog.scottsontherocks.com/blog/2014/07/16/la-fogata-071614/ ]  Of course, we had planned to come soon, for their birthdays… but when we told him about the fire, he kidded that we’d have to be there every night.  The first thing he noticed was William’s voice has changed 😉 [Notice, William has a plate of SLICED tomatoes… read previous Jaime stories for that one!].  He sat and visited with us at the end of the evening (and THANKS, to the crew for letting him slack on his chores)! 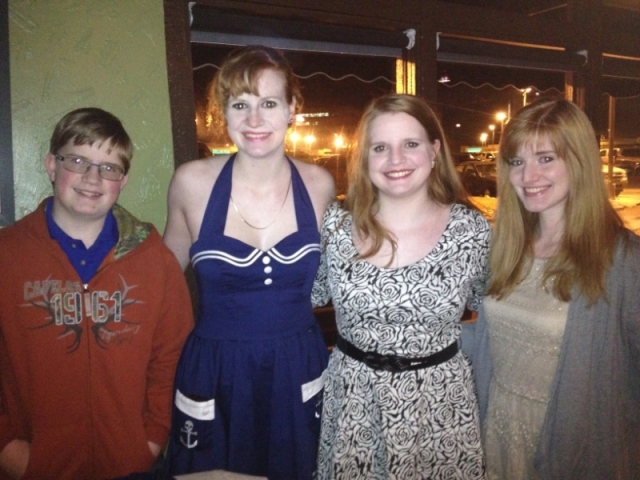 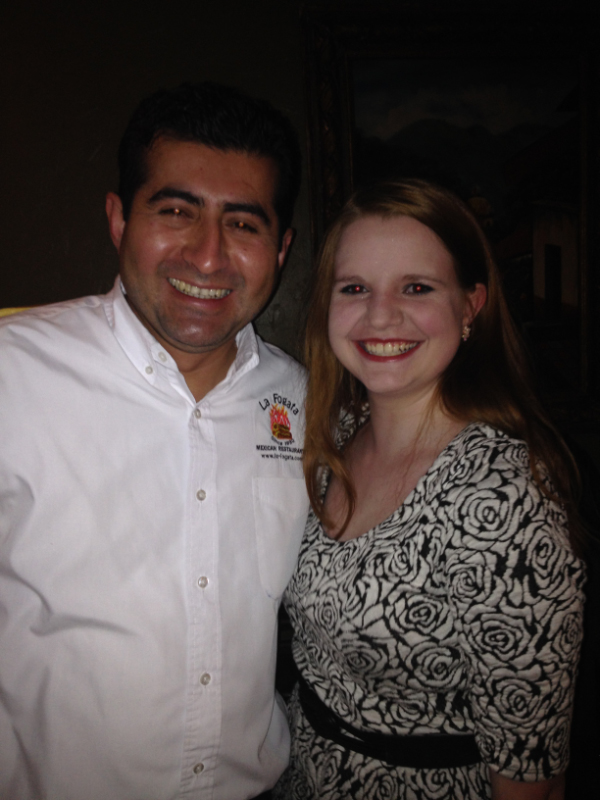 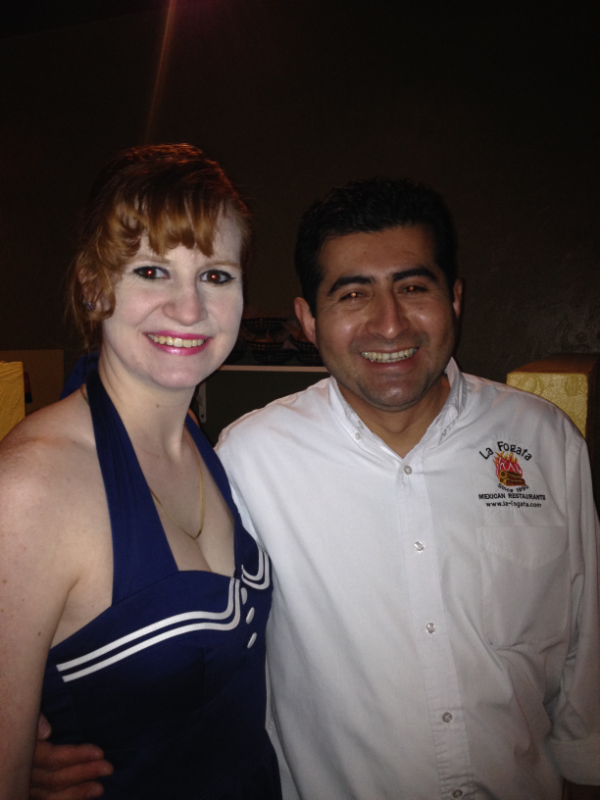 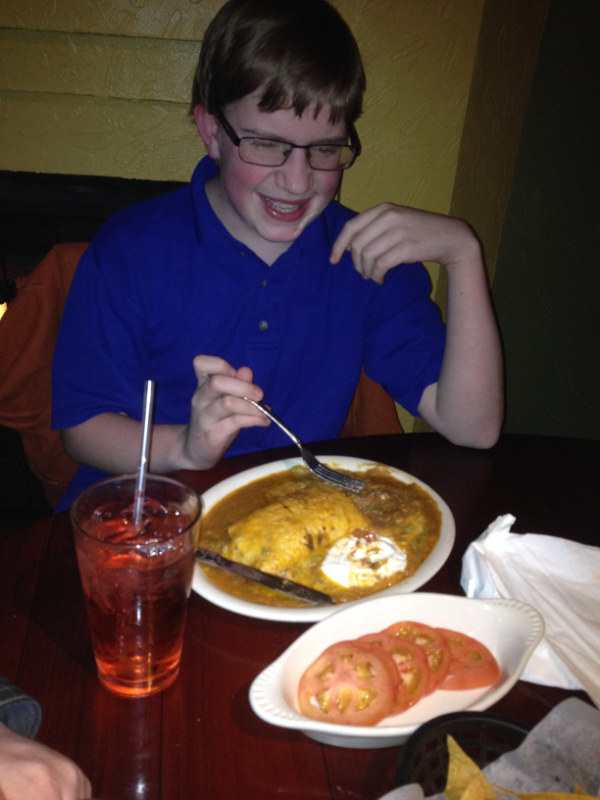 Jaime hasn’t been at the restaurant the past few times we visited so it’s actually been a while since he’s seen everyone.  William is MUCH taller; Ashley is a senior; Courtney has been in China; and, Heather is getting married in the next few weeks.  He and Ashley discussed school dances, which prompted Courtney to discuss the 1.7×1 male/female ratio in China… “guys say they don’t ask girls out, they wait until girls ask them…” William had been playing a game on his phone but without missing a beat, nor looking up, he said “well, THAT would make life easier!”  Jaime fully expects us to have some sort of dinner at La Fogata… where HE will be a GUEST 😉  OF COURSE!