[pics incl] William watched Uncle Robert strain the milk, then walked the calf. I took some photos, including the windmill, then discovered a photo in the house that Velma’s husband Ray Slack had taken (I took a photo of it). William flipped the hammock. Then Jackie & Maxine Bertling suddenly appeared. [Jackie is my grandfather, Walter Hull’s oldest grandchild? grandson? now I can’t remember] I visited with them while William and Robert were out on ATV’s. 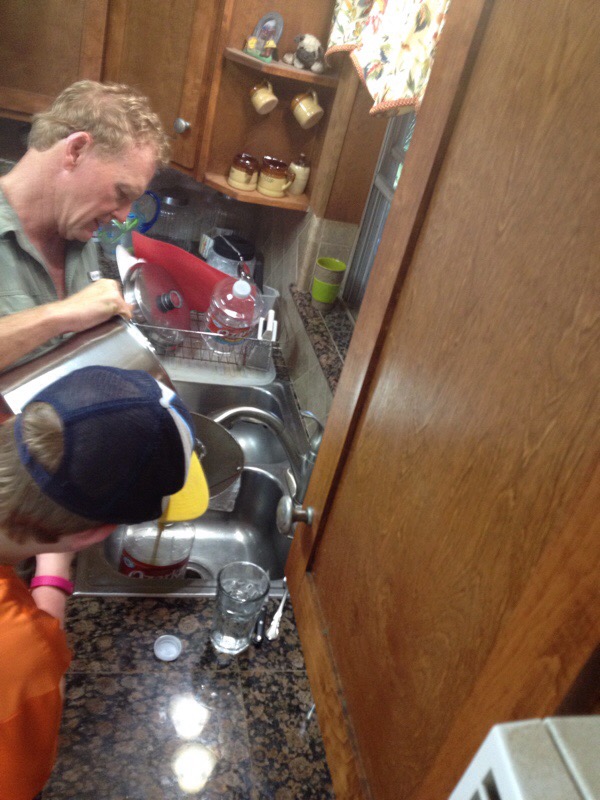 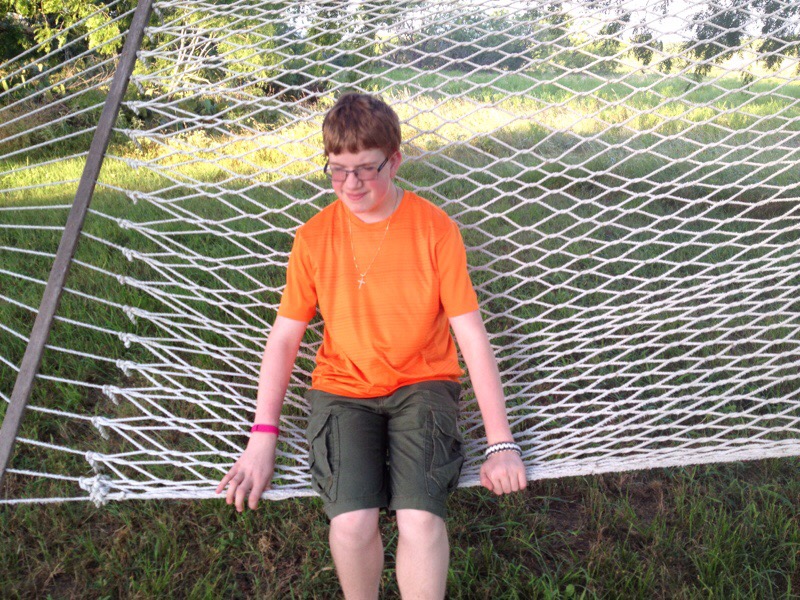 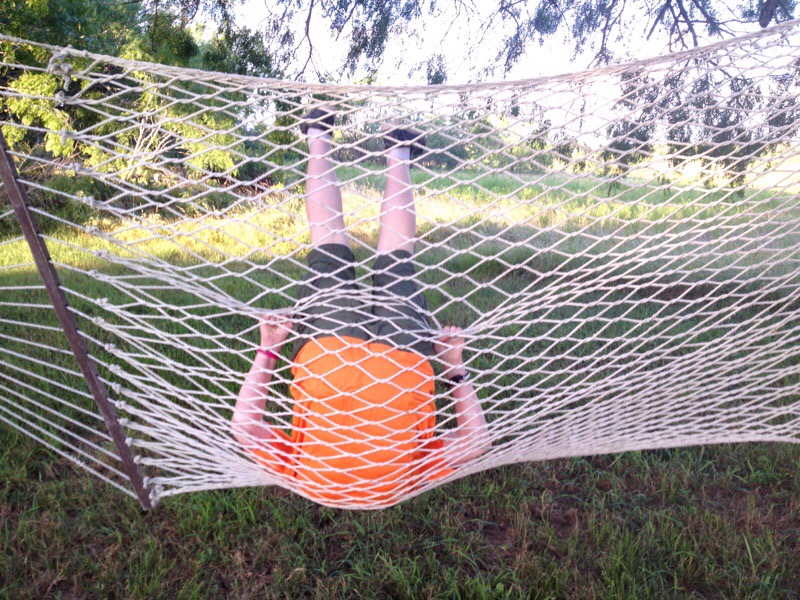 YES, he fell on his head! 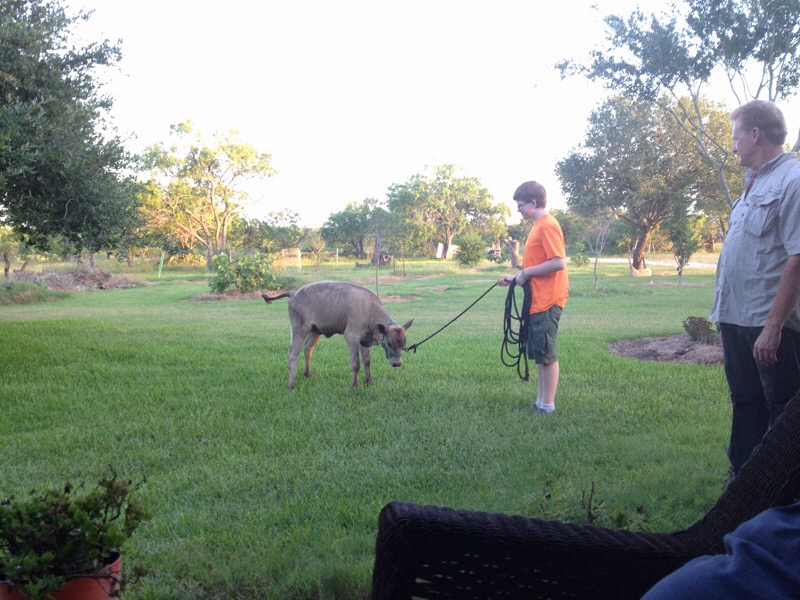 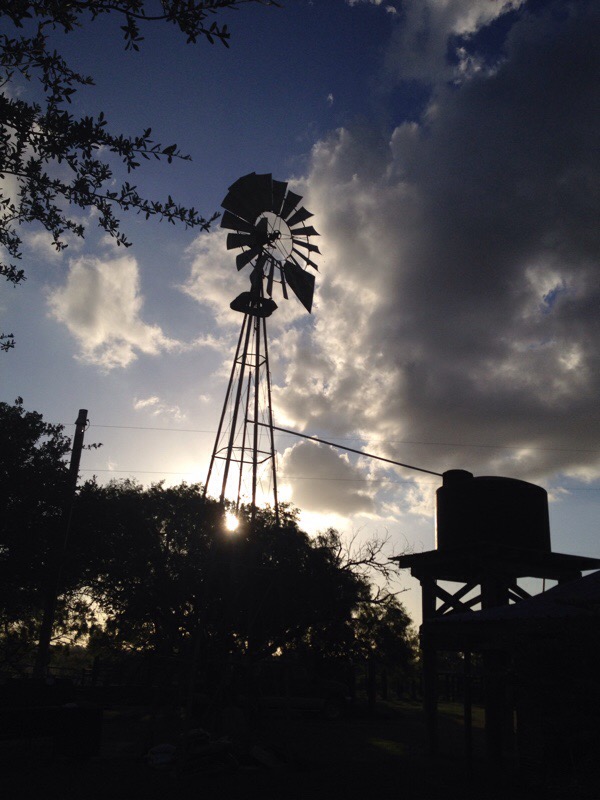 I took this photo and then saw Ray Slack photo inside! 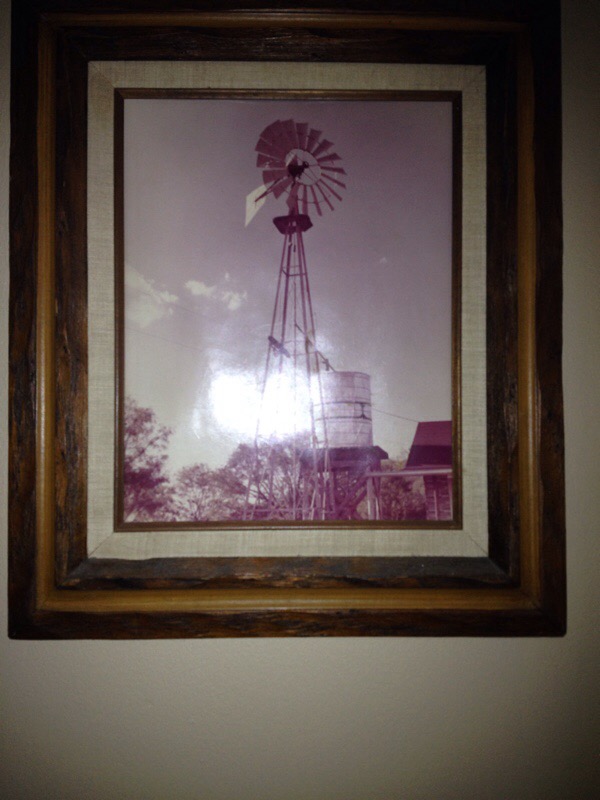