[pics incl]  I try to visit my friend Steve Jones (known since middle school!) every time that I am in League City.  We had been playing “FB tag” online without actually catching each other.  As I was leaving my parents yesterday, I made a comment that “I think Steve moved to someplace around here.” and they laughed and said, “right over there.”  So today, I emailed him that I was at my parents and he called back, while Neil was hanging around.  We both suffer from “short term memory loss” but it’s great that we’ve know each other BEFORE all that (he knows/knew Jeff and Neil, too 😉 )!  It was AWESOME to catch up and I wish I could remember all the funny stories we all told, but I do remember the laughs!

Somehow, my shoes are missing?!?!  WHY?!?  Clearly, my parents love Stevie better than me… “crustless bread” was on the menu, but I drew the line at “bologna with ketchup” and “pineapple coconut juice!”  Have fun on your trip next month, Stevie, and take LOTS of pictures!

A HUGE shout-out THANK YOU to my parents (Alan and Patsy Bacon) for pulling together a wonderful, impromptu lunch… especially AFTER I insisted that no bologna was going to be eaten by me… and you went to the store, and while you were gone… I invited friends over without asking… and then I said “NO KETCHUP”… and NO pineapple coconut juice…..  and I whined that the crust was missing from my bread.  And you also managed to take awesome pictures for “my memories!”  Thanks! 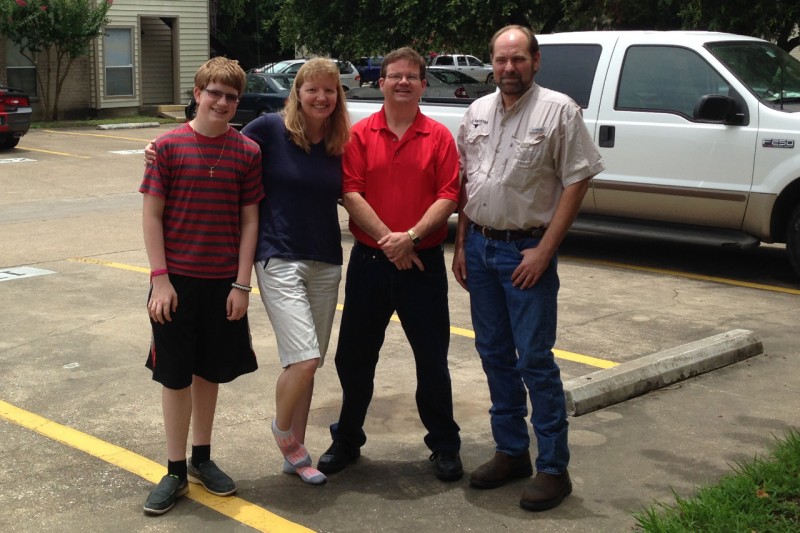