What Makes Your Heart Skip a Beat

[pics incl]  Today, as I came up over a hill, I saw a wreck that included a school bus.  I don’t have any kids riding a bus, and I do not know any kids that would have been riding THIS bus, but it’s one of those things that makes your heart skip a beat!  There were helicopters circling overhead.  I was stopped during the time I took these photos as officers were escorting students to the church directly off to the front of the bus.  I *THINK* what I was seeing was actually students whom had been medically cleared, allowed back to get their belongings from the bus (that’s what it appeared to me anyway, I have no way of knowing).  If you look closely, you can see the tires of the small pickup truck on the other side of the bus, behind the back wheels.  Since I was driving, I was unable to snap a photo, but I was stopped again briefly within view… and the truck was literally flattened and demolished, in the front, with debris completely underneath the bus.  As a parent, my heart goes out to all the parents that had children on this bus! 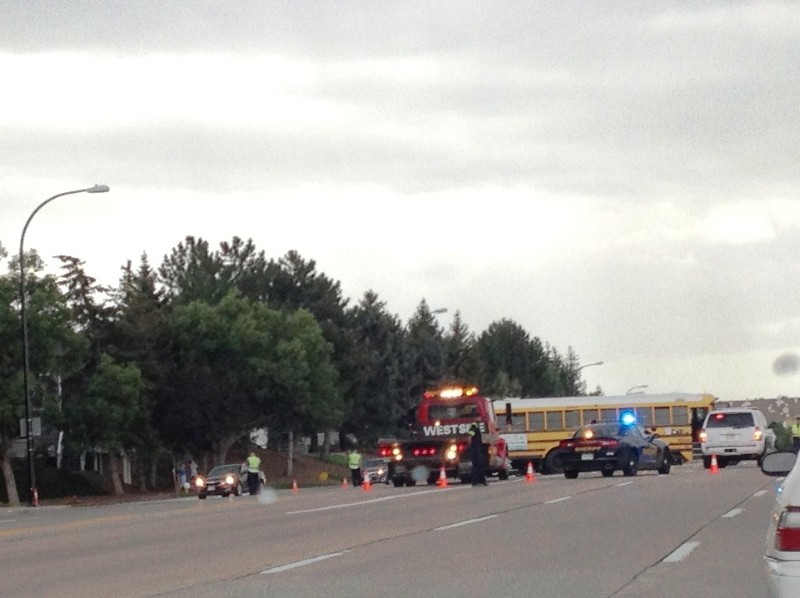 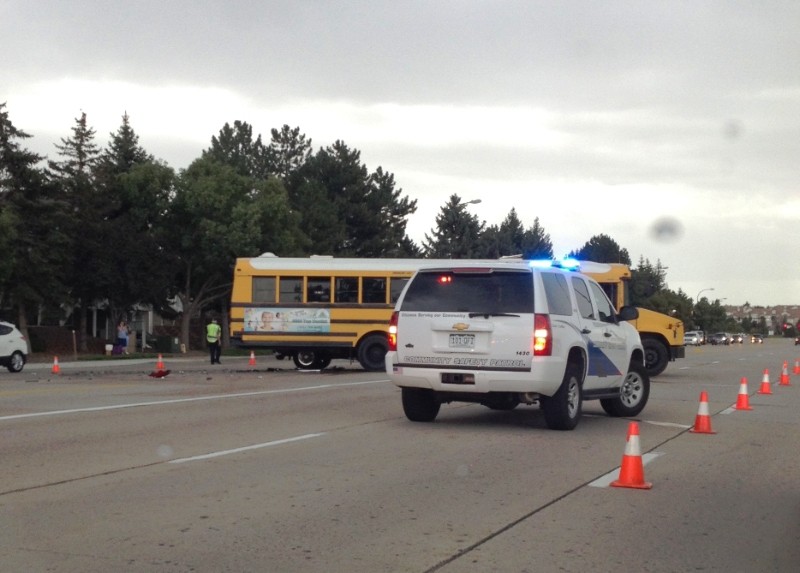 [NOTE: I caught the tail end of a newscast that said everyone if fine]