Ashley and Courtney Attempting to get Driver’s Permits

[pics incl] True to his word from dinner [http://blog.scottsontherocks.com/blog/2015/10/20/dinner-with-the-leungs-102015/ ], Kevin made both girls appointments to take the written drivers test and pestered all week to see if they were studying! 😉

We arranged for Shirley and me to cover their shifts while they were gone. Jeff had a meeting, so Kevin said he’d pick them up from Magic Rabbit [More about Magic Rabbit:  http://blog.scottsontherocks.com/blog/2015/10/17/rabbits-at-magic-rabbit/ ] and meet Jeff in Parker. Me, being me, said “I’m taking ‘before taking drivers test pictures’ ” to which the girls begrudgingly agreed (before Kevin arrived to get them). OH MY GOSH… at 12:30pm, Kevin showed up from his work Halloween party, in a Japanese costume!!! 🙂 I cannot laugh enough! 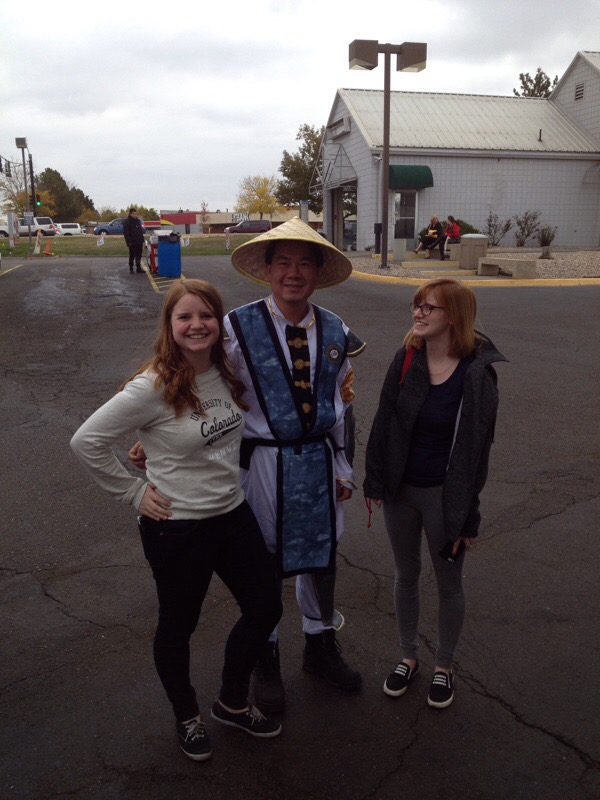 Kevin also loves to document moments in pictures so I quickly received this txt with Ashley testing at 1:30pm: 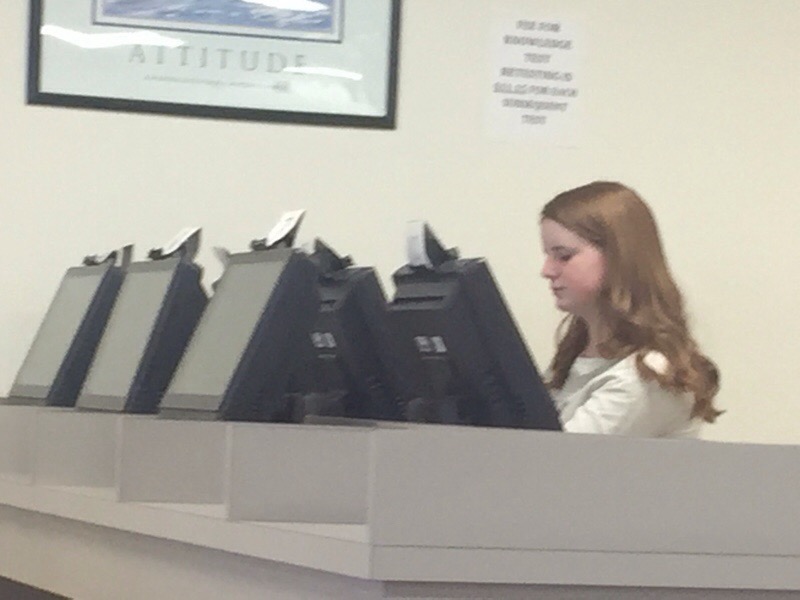 at 2:40pm got a txt “we both passed!” They all went for lunch and then, Jeff returned them to work but let the driving lessons begin!