[pics incl]  I was driving on the freeway near our house and there was a bright orange thing up ahead near the side of the road.  As I got closer I realized… it was actually something on a house… on MY HOUSE… it was William standing on my roof ;-P  I knew this, he and Jeff were working on the evaporator cooler.  I was wishing I could take a photo because he was standing up but had his hands in the air as if to say “I caught a fish, THIS BIG!”

A few weeks ago it was still snowing, yesterday it was 100!  So of course tonight, the temp dropped, the wind is crazy & its raining?!?! 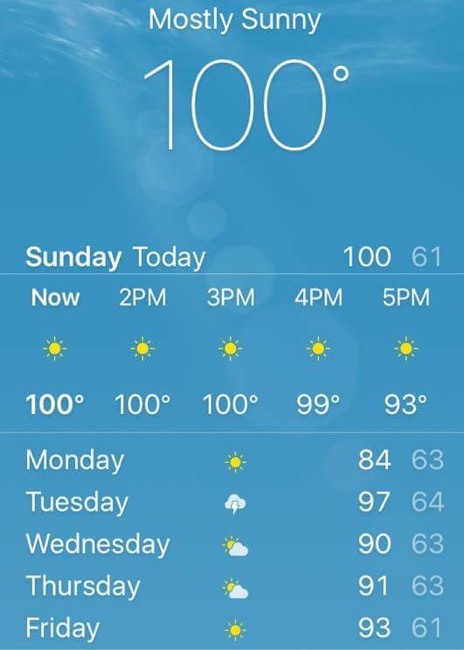 Will & Jeff on the roof (William dressed in bright orange, Jeff is on far side of roof, behind the yellowish tarp, w/ the hose) 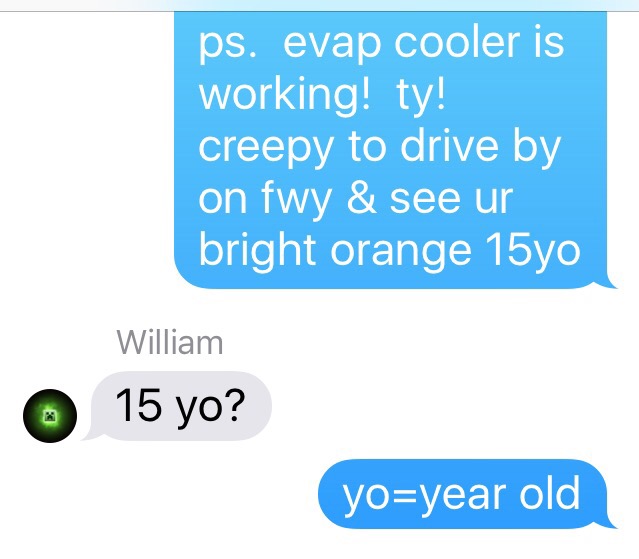 our tree… totally bending over in the wind.  30 min later, not a leaf was blowing! 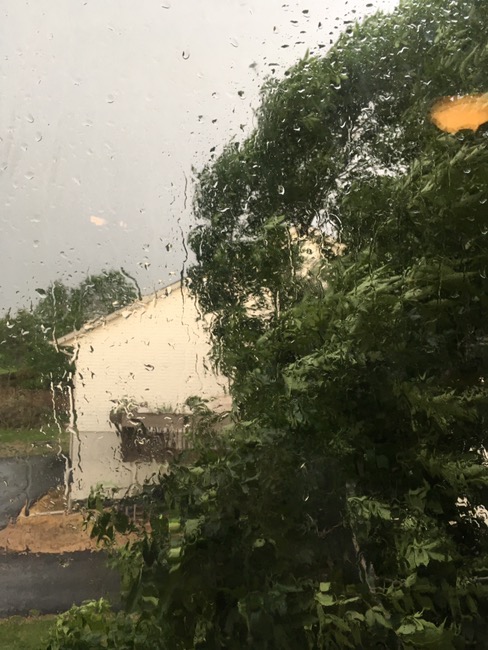 This entry was posted in Jeff, William. Bookmark the permalink.