When I Was Playing Black Ops III

[pics incl] Stop laughing, I was too playing Black Ops III!  Will had his wisdom teeth removed on Friday so he’s barely functional.  While Jeff & Courtney were at baseball and Ashley was at work, I went to check on him.  He was killing zombies as a good son should.  I picked up a remote, “You should teach me this…. stop laughing”  “I can teach you Little Big Planet.. or Lego”  So we have this whole conversation about my brain.  “I don’t know ANY of them, so it doesn’t matter.  I HAVE played video games BC (that’s “before clot” for the rest of ya’ll) so it doesn’t matter WHAT it is, this is already in the machine… stop laughing.” 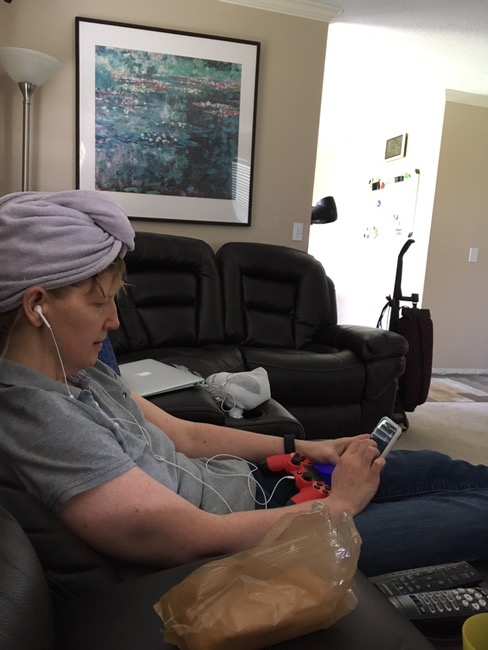 Jeff was txt’ing all of us the photos from their baseball experience (which we definitely wanted to know about), which is distracting while learning to kill zombies! 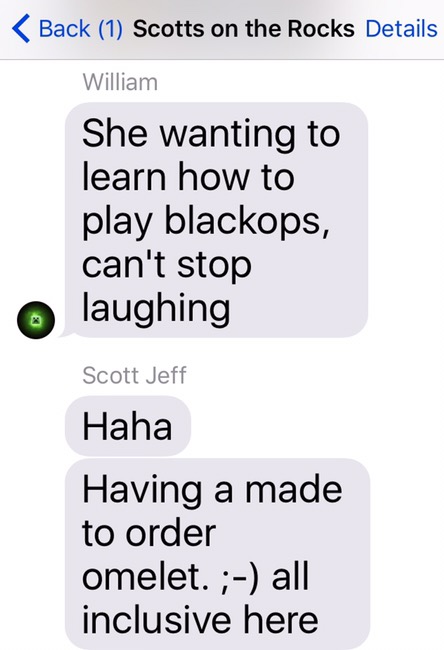 At first, we thought it was going to be pointless.  I couldn’t get the hang of the controllers.  UNTIL, I actually said something OUTLOUD… “my brain today just isn’t processing up & down, I move up and it looks down…. grrr!!!”  He had an AH HA! moment and reversed my Y axis on my controller.  I knew this, I have done that before, been doing it for YEARS … I reverse things on my mouse too.  Don’t use my stuff! 😉  [after this worked, I went & took my hair down out of the towel, to take my zombies more seriously 😉 ] 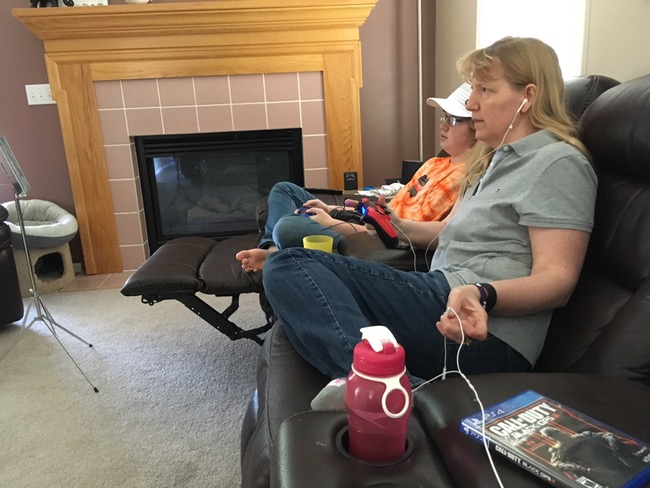 Jeff came home later, “why is there a music stand in the living room?”  William, “I was using it to hold my phone to video mom playing Black Ops for Heather, by the way, there is a recording of mom playing black ops.” [if you look at the very far left edge of my photo, you can see the music stand 😉 ]

This entry was posted in TAZ, William. Bookmark the permalink.