[pics incl]  The other day we had GIANT wasps.  I’m not just saying that, it’s what they are called, Courtney googled it 😉  [http://blog.scottsontherocks.com/blog/2016/07/24/holy-giant-wasp-batman/ ] but we didnt know that’s what they were called when were all running and screaming!

This topic brought up the topic of bugs in general and then… spiders.  Spiders hold a special place in our hearts. They have their OWN tag 😉 [you cannot see it unless you are viewing the desktop version, otherwise just search spiders, you get the gist]

We had people (ok, girls) commenting about spiders chasing while husband at work, or not home.  Had to stand on a chair cuz of a dime size spider was gonna eat them or call a neighbor over to get it!  I’ve heard some great ones this week!  I guess spiders just don’t usually bother me that much.

And on that note, I came into the room as William was telling Shelbi about how Courtney had him get a giant bug so she could take a shower.  I told him our neighbors might start calling him at 3am.  The conversation went something like this “The first one is free.”  I’m glaring at him “What?!  Courtney PAID me to get the giant bug.”

She thinks it was totally worth it, several of my friends agree.  He might just start advertising.

To bring it full circle and make sure I haven’t forgotten that He has a sense of humor, the man upstairs sent me a little gift this evening.  My heart stopped, so I couldn’t scream.  Spiders now scare …the …CRAP …out of me!!!! 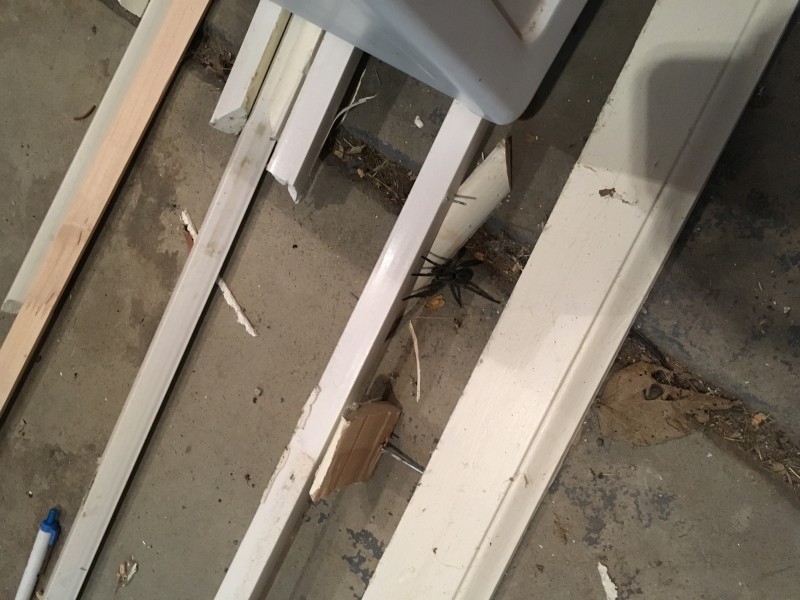 AND, just in case you aren’t certain…. I decided to risk my life, turn back around to take ANOTHER photo, just to convince YOU… 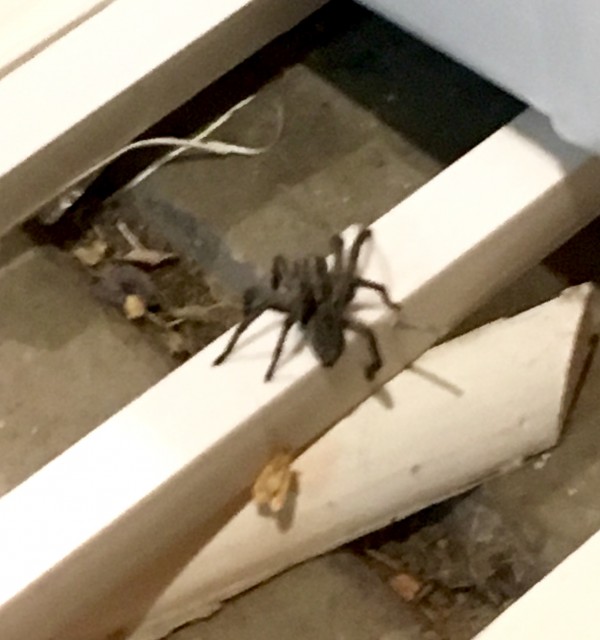 She obliged me… I zoomed it in for ya.  That’s a 1″x 1″ board she’s posing on for you.  William charged me $200 and it would have been totally worth it, except everyone is way too afraid to let him open the door.  If you are one of our neighbors… RUN!!! 🙂

This entry was posted in TAZ, William and tagged Spiders. Bookmark the permalink.