[pics incl]  If you’ve had burgers or brats at our house over the past several years, we have probably initiated you into the “bread-n-butter jalapeño” club.  They are similar to sweet-n-spicy jalapeños but not exactly the same.  “We” cannot take credit for this glorious discovery.  Our friends, the Abramovitz’s introduced us to them by trying to make me eat them with cream cheese on Fritos.  [I judge food by the sound of it and NO WAY was I touching that stuff]!!  But being a good sport and not wanting to offend a fellow Texan, who was parting with one of two of the very last jars of what she considered GOLD, jars of this stuff, I obliged and promised to try it on brats.

Our lives changed that day ;-P

It’s only sold at select HEB in Texas.  OR… it was.  We had anyone driving up, stop and buy us some (and the Abramovitz’s)  My parents ALWAYS obliged.  Yet, when Will & I went to TX last summer, HEB stopped selling it.  OH NO!!!!  I gave Tammy one of our last jars for her birthday and we finished of the other!

My parents drove up, stopped in Pueblo, CO at Frank’s Meat Market… GUESS WHO SELLS IT?!? They bought the entire stock! 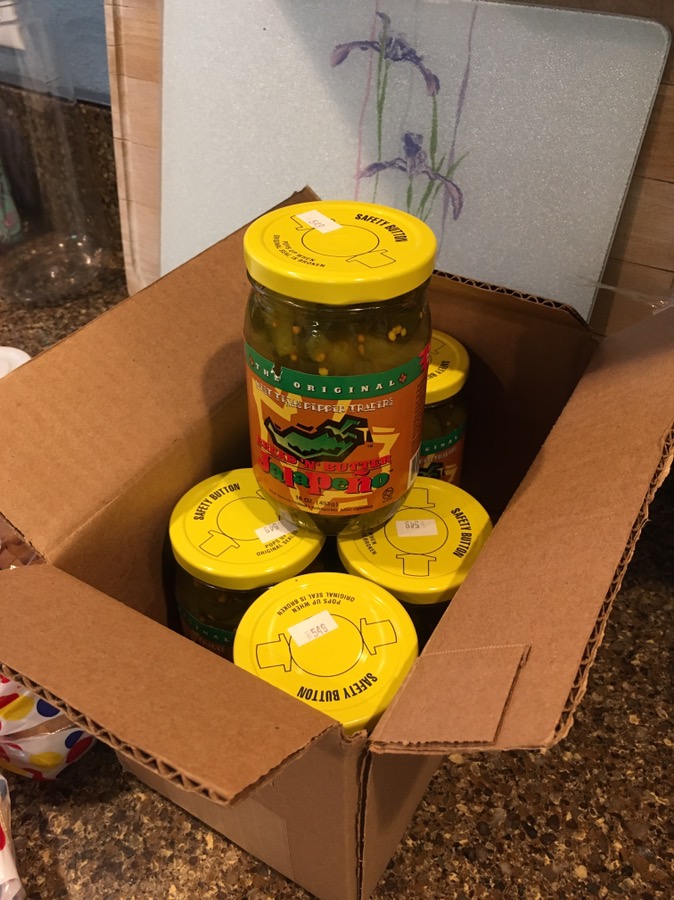 I suggested my dad go with us to present Tammy with a jar, since she initiated ALL of us (yes, that’s YOU too)!

Harry had built a spectacular, electronic, Lego bulldozer and promised to friend me on FB so I could see his links.  Yay me 🙂

This entry was posted in TAZ, William and tagged Abramovitz, Bacon. Bookmark the permalink.