[pics incl] Ya know, I browse thru my phone photos as I’m finishing my blog drafts and I have all these stray photos… this is sometimes where the frase blogworthy vs bloggable comes from ;-P  Some of these make me laugh.  I don’t necesary remember them all BUT lucky for you… I’m pretty good at journaling… sooo, most of these HAVE NOTES!

AND, i just realized I guess I did do a blog last week?!  ok, I go back thru and see what I missed…. 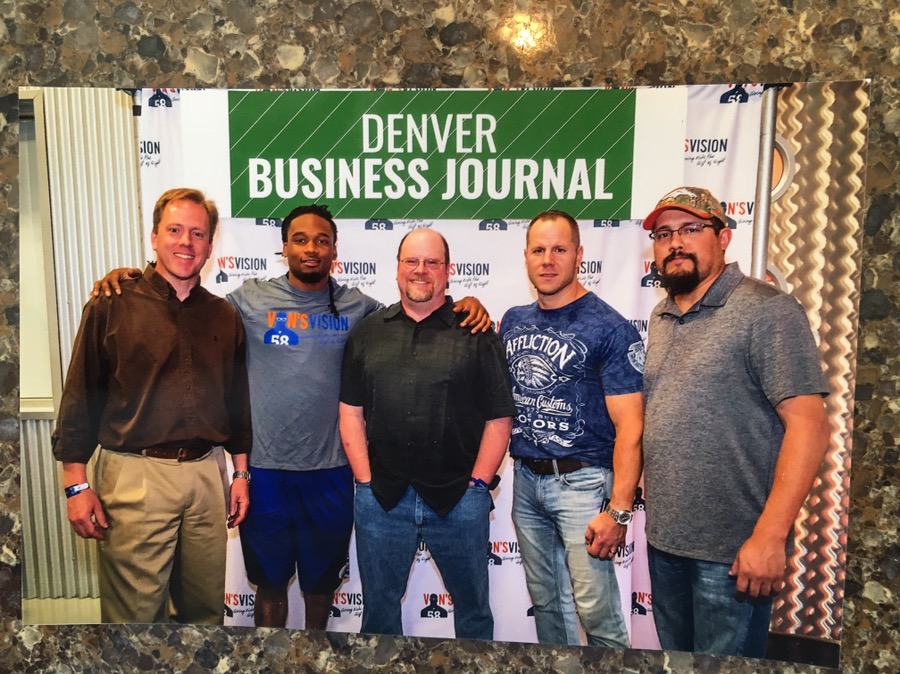 Then I have this adorable pic of Sadie that I have no idea how or when I got?!  What’s all over her face? is she EATING? now I have to go down there… 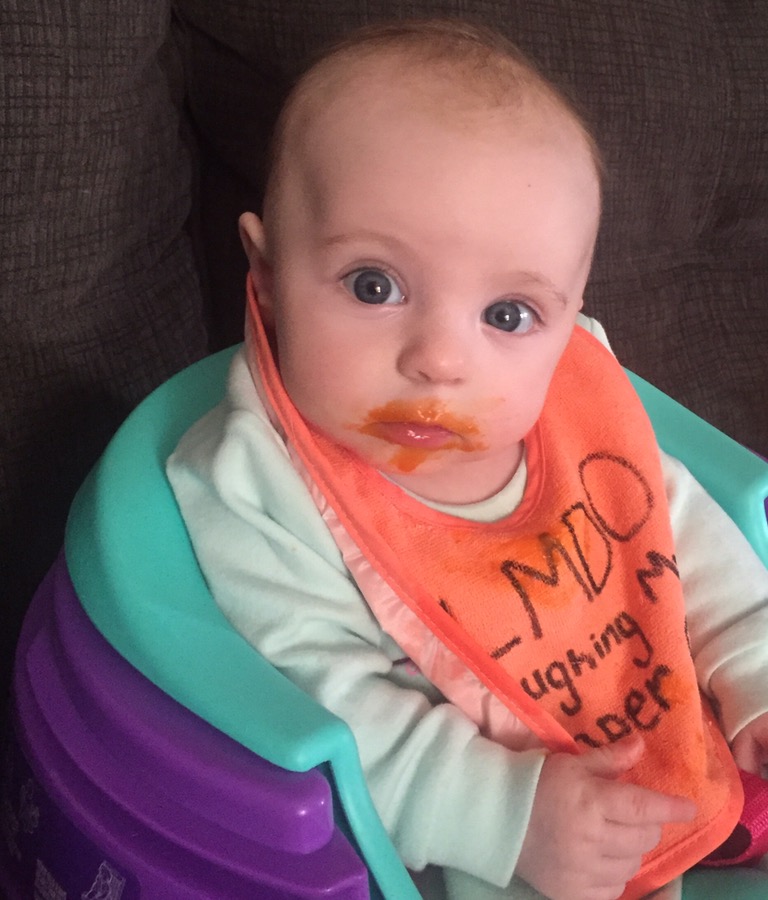 We all had fortune cookies, I’ll give you one guess which one is mine. 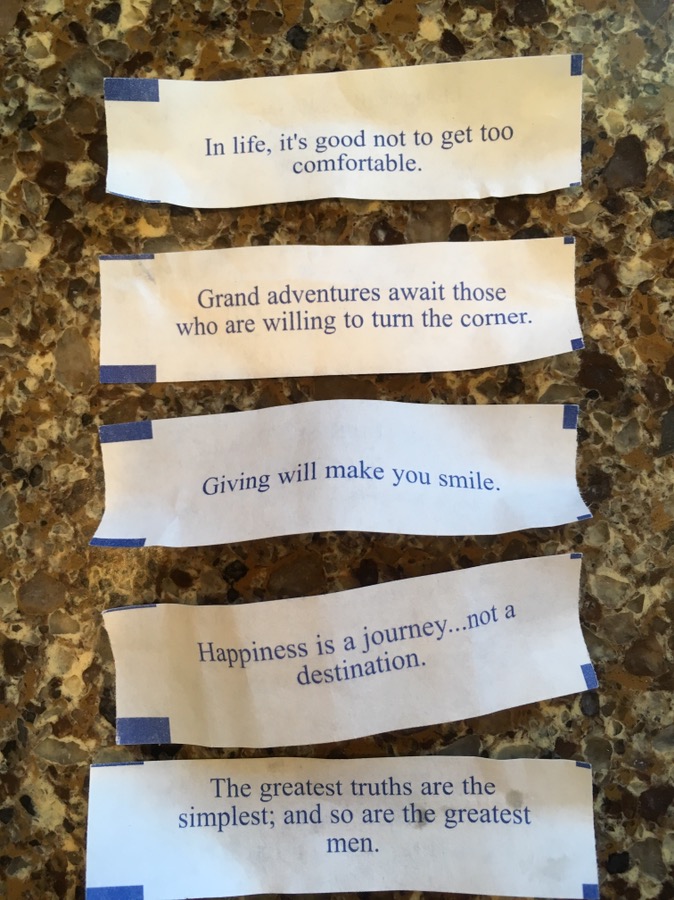 Courtney read mine and actually stepped back away from me…

My sister Andrea, Mark & Hayley went to Disney World and while walking around just happened to run into our cousin Jon (Bacon), Alison & Morghan (no idea whom is taking photo… Domenic?)  And NO, they did NOT know?!?! 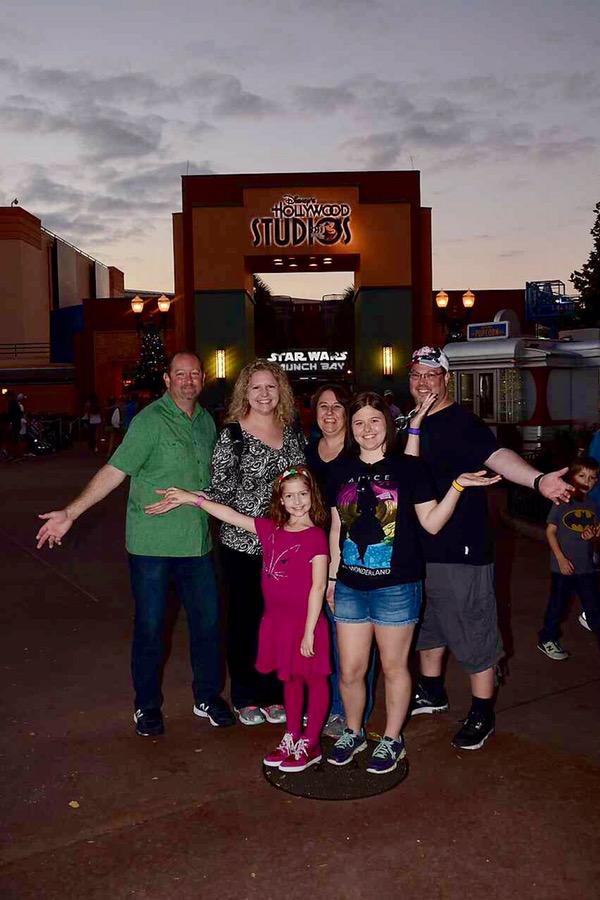 Remember that picture of the sunset? well apparently I also took a great picture of my feet.  I was about to delete it but it made me laugh… because I have on camo-pants. 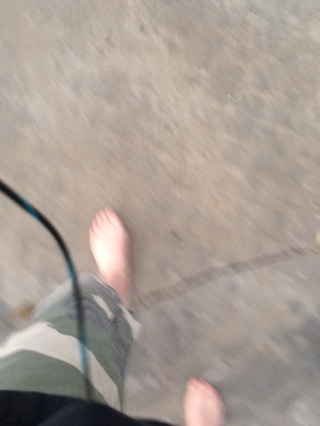 It’s a long story but the short version is “wash day”  The long version involves Claudia bringing handmedowns to Courtney that… fit me.  I was going camping that day and swiped the camo-pants just to annoy Courtney.  Flash forward to wash day.  Now, flash forward to my parents’ arrival and my mom brought up a camo Nike shirt that I swiped, just to mess w/ Courtney.  Now… Jeff & Will are going hunting next weekend and I wanted him to have a reversible orange-camo jacket but because he keeps growing we weren’t sure what size… I just know he’s BIGGER than me.  So I tried it on and Jeff said he had to ask William if he even wanted a sleeveless one. 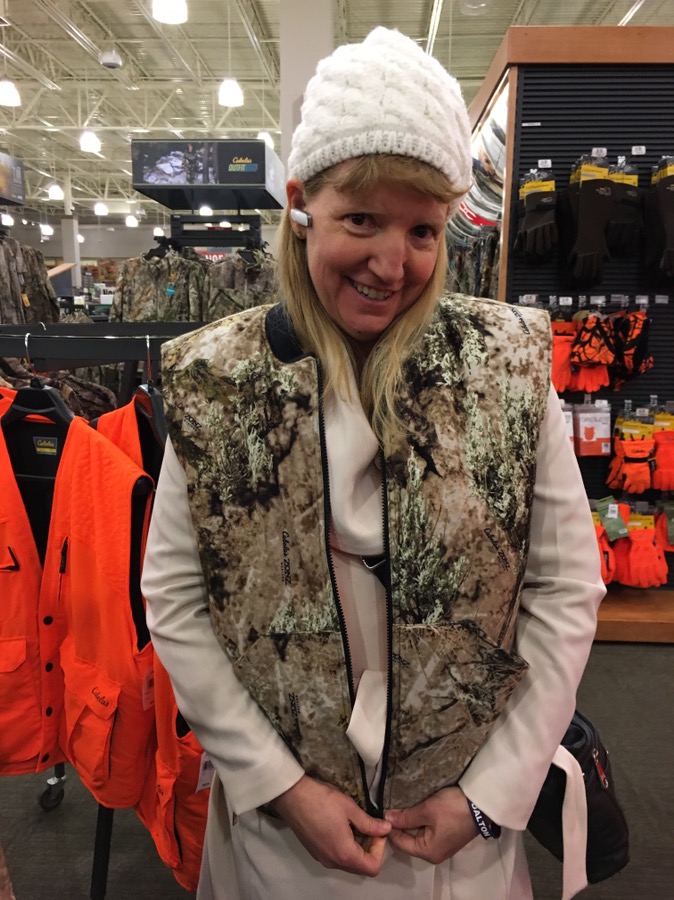 Saturday morning, Josh asked if he could escape the electricians at his house.  I always ask him if he’s hungry (cuz w/ chemo ya never know, it can come and go either way).  He just HAPPENED to walk in while Jeff was making omelettes… and he was hungry so I promptly made him pick his plate right back up and march back over to Jeff so I could take a picture for the sole purpose of teasing Debbie ;-P 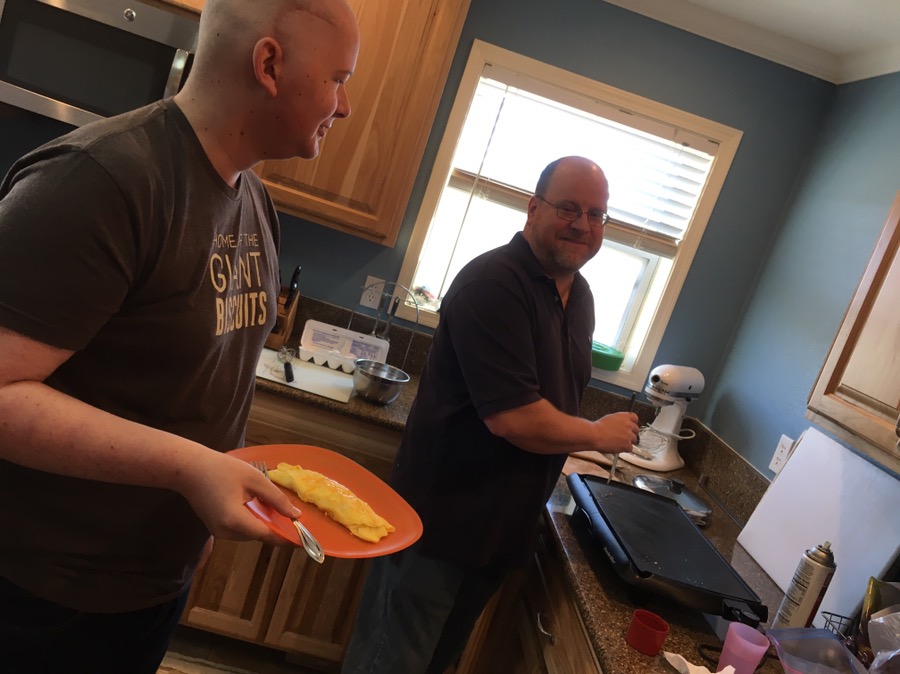 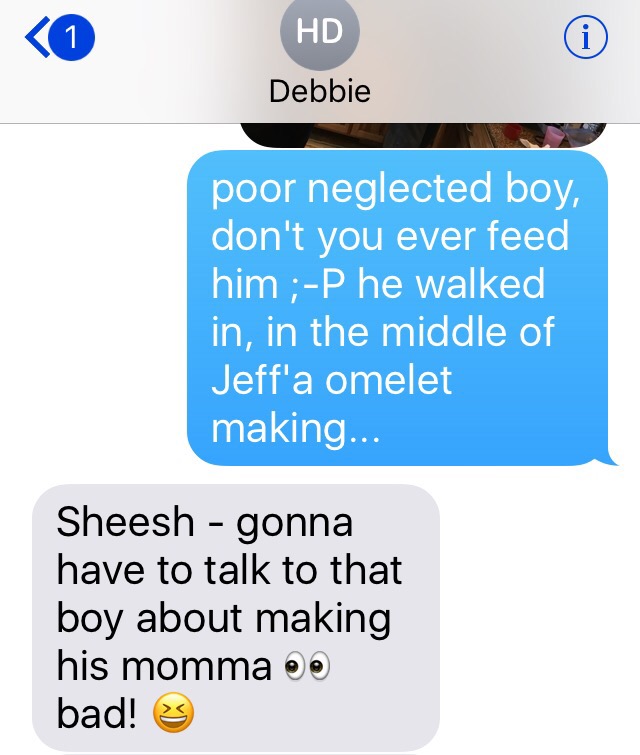