The One That Got Away

Let’s discuss for a moment, remote control “toys” and how close we live to… oh, let’s say, a MAJOR INTERSTATE! [Here’s a reminder in case you forgot:  http://blog.scottsontherocks.com/blog/2016/12/11/the-other-fire-in-the-backyard/]

… As they ignore MY pointing out the FRONT of the house and launch this baby off the back deck… lots of expletives later, they managed to keep it off the freeway… WHEW…. and many of them left the house in search of it… in the yards of several acres north of here…. without the controller?? or their phones???

[NOTE: they’ve met the guy in the house they thought it landed near, he helped them search… to no avail.  even quick parusal looking for glow-in-the dark apparatus didn’t help]

[FOLLOW UP:  boys had a meeting a couple days later and after I took the picture Aden asked me why “This is going w/ my blog of ‘the one that got away’…” When they returned w/ out it, “it got away alright” 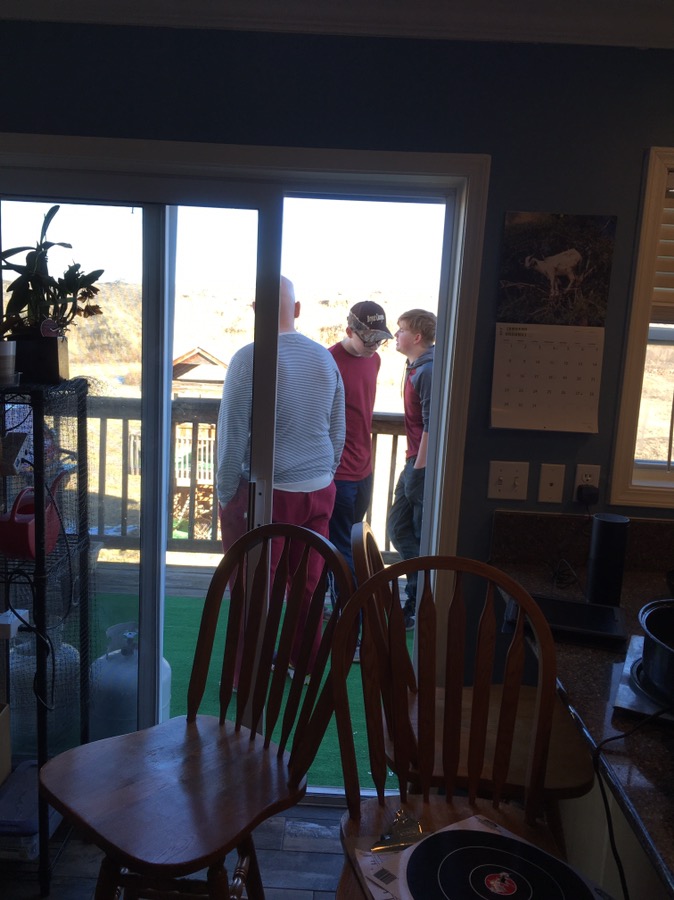