News of Note: Ashley is a Junior

By the way, Ashley is a college junior.  Remember all those AP tests she took: http://blog.scottsontherocks.com/blog/2015/05/22/ashleys-senior-honors-graduation-ceremony-052115/  between those high school AP tests and her crazy college scholastics… She’s a junior, majoring in something along the lines of biology but because she was clearly bored, she took some higher level mathematics and we keep telling her she should throw an “engineering” onto the end of that (she’s already taken MOST of the courses anyway).. and just for the heck of it, she’s also taking Chinese.

So… I actually have no idea what is her major. ;-P

You should see some of the fabulous artwork she still does.  I’m not allowed to post due to possible “copyright” issues if she ever wants to submit it anywhere.  But I promise… I’m not over-exaggerating, even her doodles are crazy impressive!  We all have “stuff” of hers on our phones, if you’re ever around, ask to see her work, in person!

We did get her a big fancy easel for her birthday, some assembly required, cat not included. 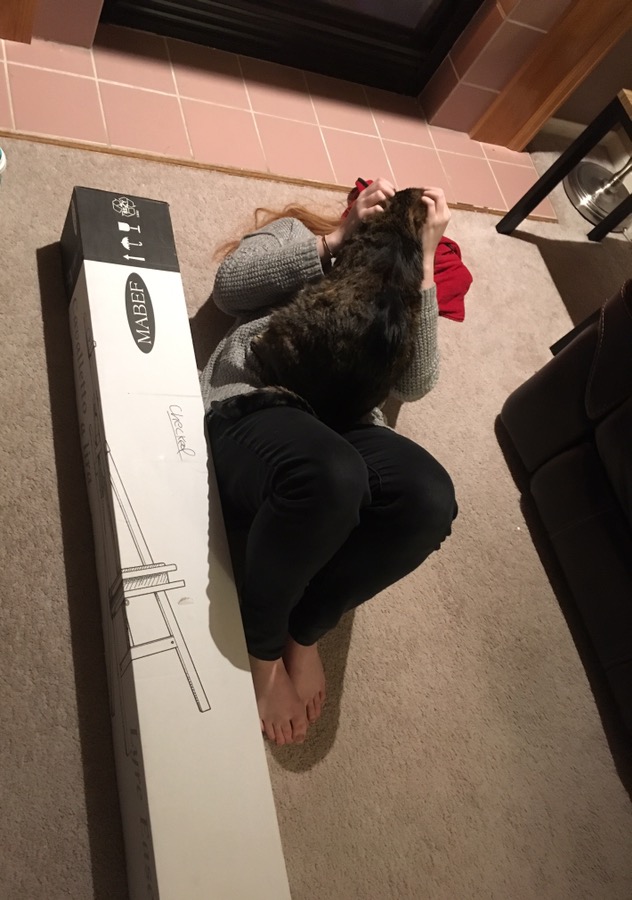 I sneaked this one anyway 😉 Look close, Ashley sketches her designs in silver sharpie on the canvas first and Peanut is giving her advice on how to use that measuring tape. 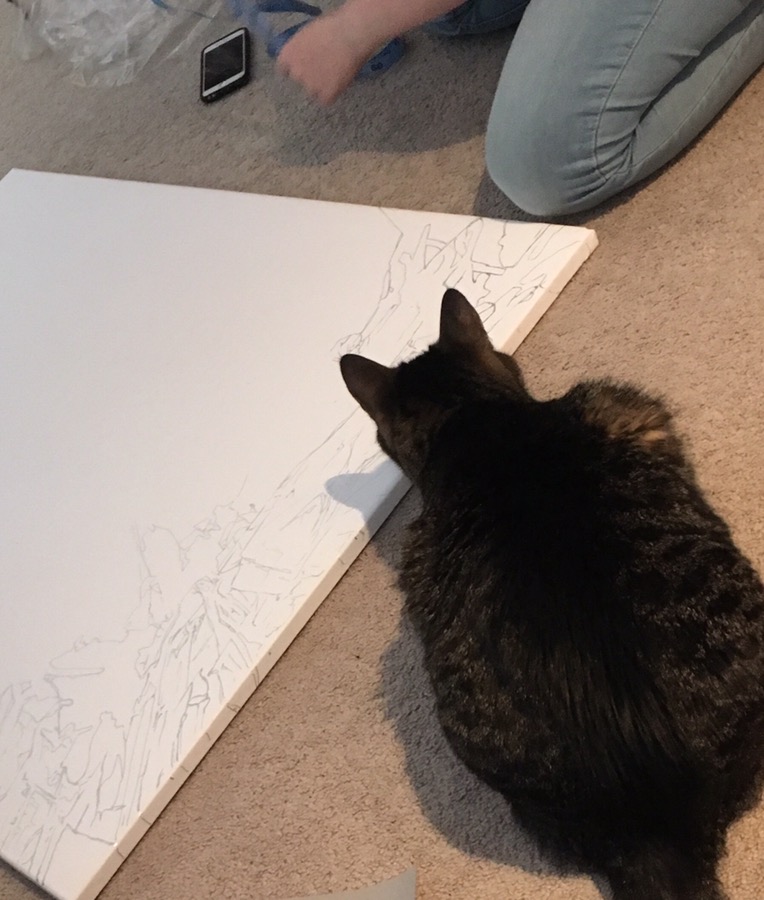 This entry was posted in Art, Ashley, Pets. Bookmark the permalink.