[pics incl]  Yesterday, Tony & Debbie made the difficult decision to move Josh in an inpatient Hospice center.  Tonight,  Jeff took the boys up to visit, in one car.  Grandma & I waited on the “mealtrain” to be delivered so we could take food to Deb & Tony.  Ah, Katie was tonight’s “server” and she arrived with a scrumptious roast, which needed carving… taking one look at me she starts to tell Grandma that “she’s not allowed to handle knives” when she remembers a funny story…

Grandma cut her finger on a knife the other night and has stitches. [obviously we are related]  Clearly, Katie cannot leave this “in our care.”

Josh and the boys had a nice visit and once we arrived he was resting again.  They all went to eat and Josh awakened to see me there instead.  We chatted for a few minutes.  It was nice that he was able to visit with the boys for while.  Josh & William exchanged fist-bumps and Will told him we’d return tomorrow.

[NOTE UPDATE:  On Saturday, William & I went up w/ Grandma again.  He had some visitors in the morning and was pretty tired so we really weren’t expecting him to awaken.

At one POINT, Debbie was showing us some booties she was knitting.  I asked if they were baby booties, which started a chain reaction:  “well, no, I am following this pattern…”  But seriously, I’m looking at these and I just can’t “not” say anything… “But they do look like they could be baby booties? or Courtney booties?”  Now I’ve done it… we all agree, THEY DO look like Courtney booties 🙂 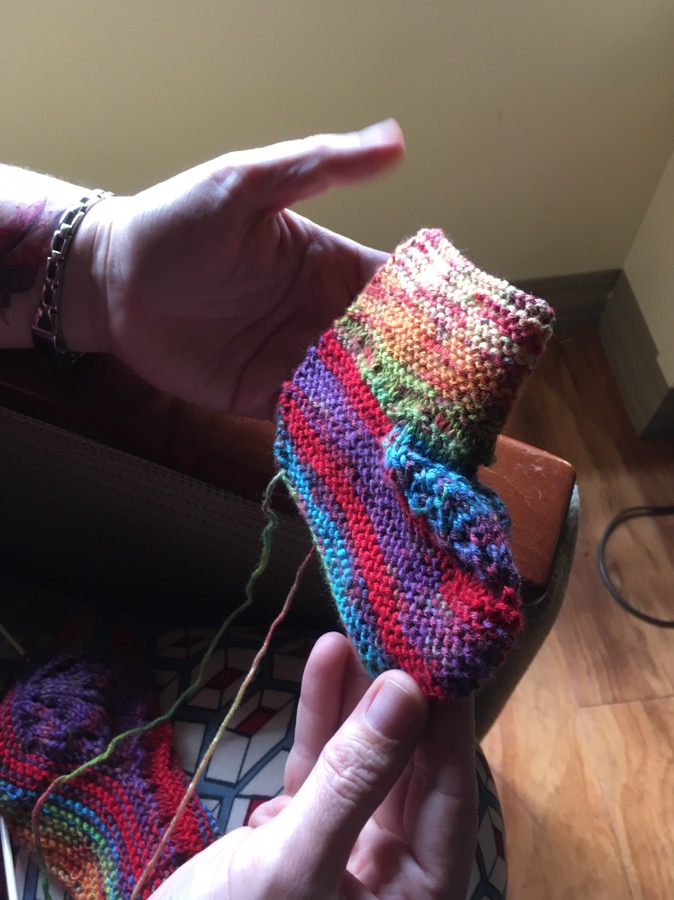 While we were laughing about this “booties conundrum” Josh woke, looked at me “Oh hey Theresa, is William here?”  He quickly stepped back inside to Josh’s side and they exchanged some “hey buddy” before Josh dozed off again.

This entry was posted in William and tagged Hetherington. Bookmark the permalink.