[pics incl] I was up in middle of night last night and saw a deer out back up on the berm. It was too dark for photos but Courtney & I txt’d about it for a bit… that and the fact that Peanut REALLY wanted outside to play w/ deer. The neighborhood has a black bear hanging around… so no… However, tonight, I saw what appeared to be a large dog running and jumping and flipping and playing in backyard and neighbor’s yard… they don’t have a dog and since it was about dusk… I wasn’t sure what Im seeing. Turns out it’s a baby deer, totally fuzzy & spotted. My phone was upstairs though so 8 was txting Courtney from my watch (which I haven’t mastered… but at least the first person on my contact list is VERY UNDERSTANDING about that… Amy…) so I took pix w/ Jeff’s phone. 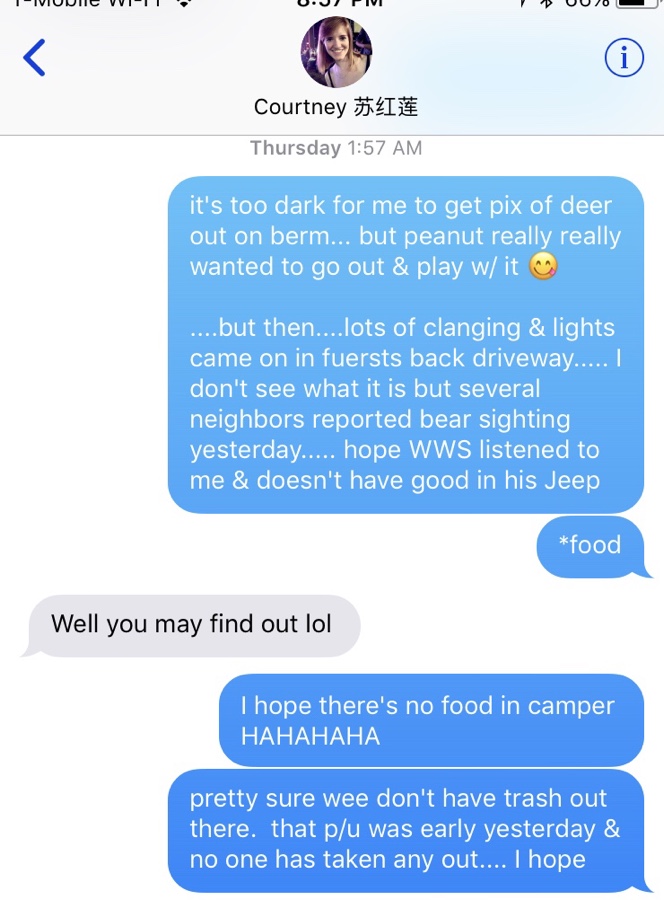 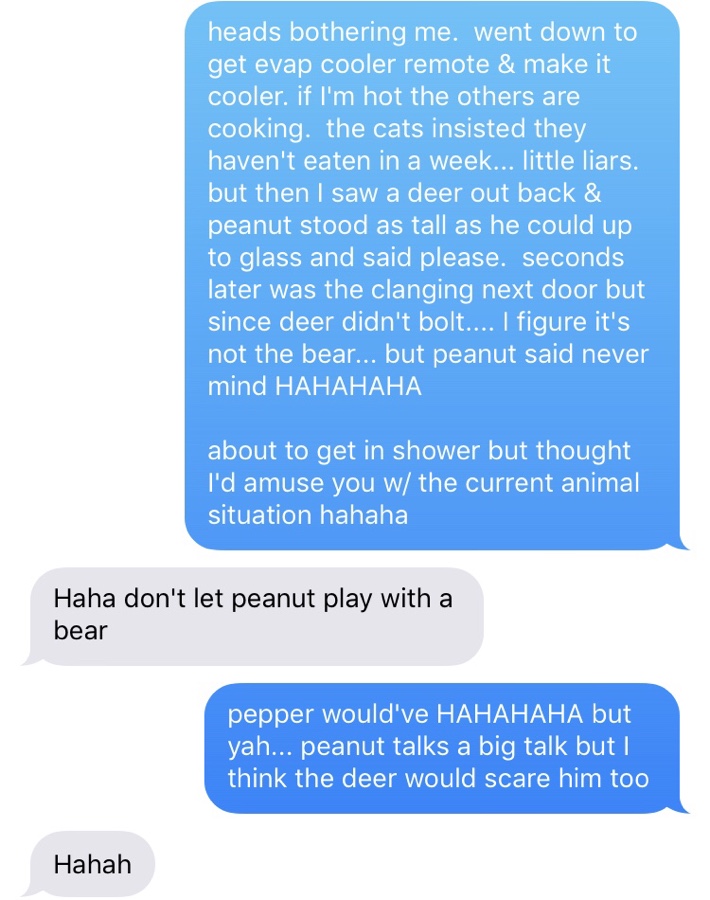 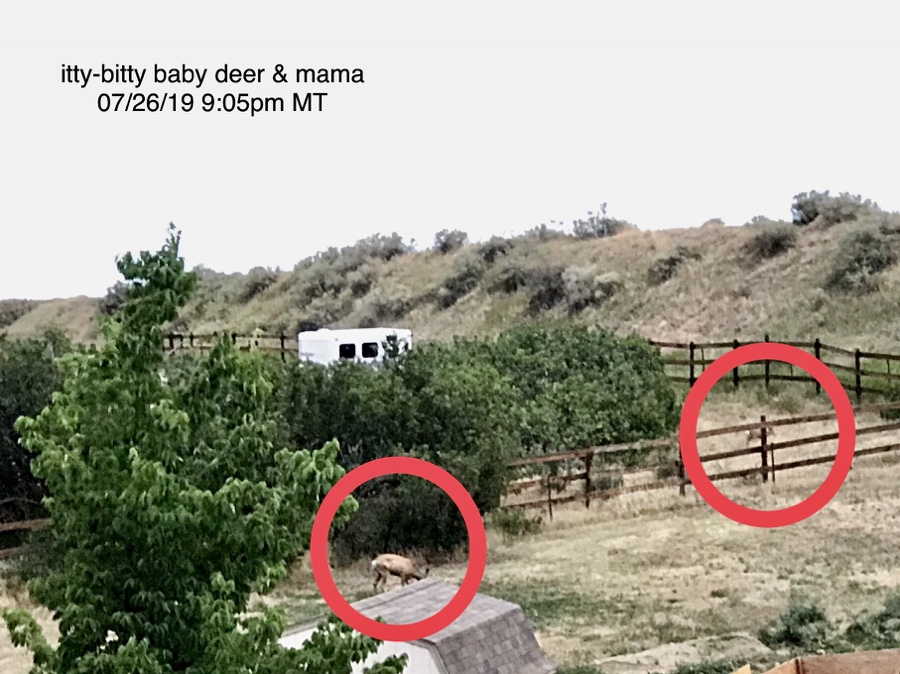 It ran up over a couple houses away before I could catch it playing in our backyard. Hopefully, they hang around for a while and I can sneak another peak soon!

This entry was posted in Courtney, Pets, TAZ, Wildlife. Bookmark the permalink.