[pics incl] Ya know when you’re at the airport and they say something like “Scott. Theresa Scott. Please find a white courtesy telephone or information kiosk” how do you know if they mean you and not some OTHER Theresa Scott? 😉

and no, I wasn’t lost, otherwise they’d have probably been calling out Jeff’s name to report to daycare hahaha

but in MY defense, it wasn’t ENTIRELY… MY FAULT

It all started out well. Jeff & I are headed to NOLA and simultaneously Courtney is headed to New Delhi, India from Shanghai but has layover (just FYI, then next week Ashley is meeting her in Singapore). Everyone else is home or work so we have had a group chat going (sometimes it gets amusing)

When Jeff & I approached the TSA line, I paused & said “hold on I want to remove my ID from back of my iPhone case because last time I accidentally about called 911. As we got close to security, they stopped us, & sent us to the entire other side of DIA because that line is shorter. I SHOULD HAVE PUT MY ID BACK… but “I don’t wanna deal w/ that in then out over at that TSA because the opportunities to call 911 would not be in my favor…” SO I JUST STUCK IT IN MY POCKET….

remember that group txt? so now Courtney is txt again & I want to let group know we arrived 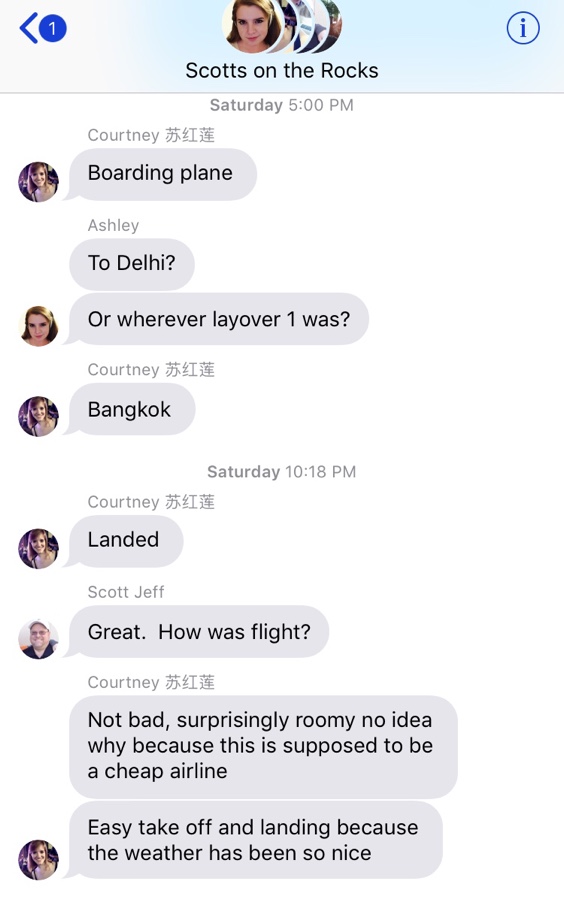 So… in order to do that, I removed phone from pocket… forgetting of course, that I had put my ID there. 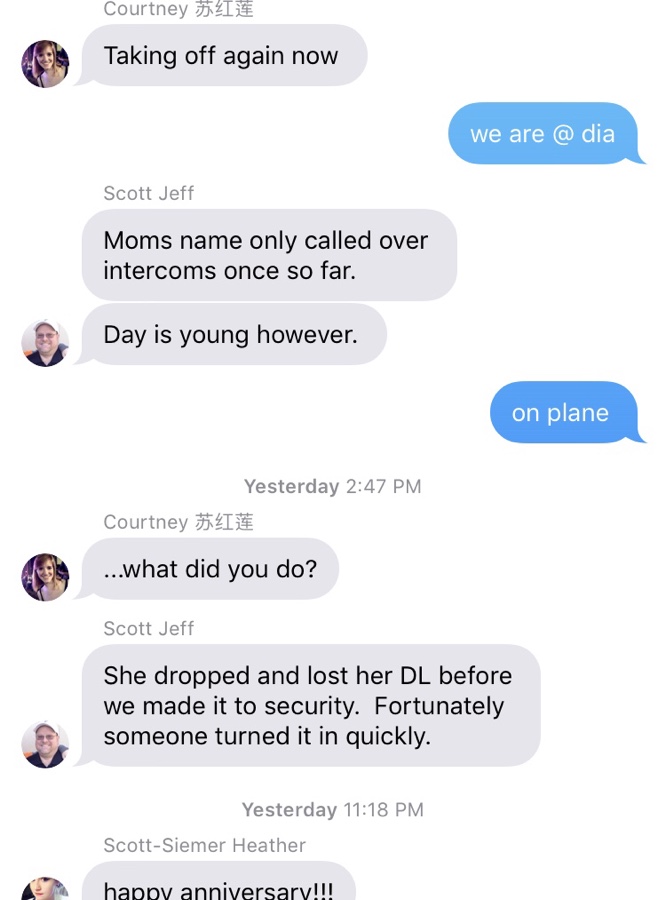 I wear pants w/ zippered pockets while traveling. I do that for a reason… THIS REASON! fortunately for me, only 10-15 min were lost in panic mode & retrieval 😋 Shout out to the anonymous good Samaritan!!! Thank you!

We arrived at the other TSA line and as we approached security, they stopped us, & sent us to the entire other side of DIA because that line is shorter.

Jeff politely pointed out that they need to communicate with someone over at that line because we just came from there, not returning, and both lines are long.

just so ya know… I BLAME COURTNEY!

This entry was posted in Ashley, Courtney, Heather, Jeff, TAZ. Bookmark the permalink.