[pics incl] Remember I mentioned that we were changing hotels after the conference? Well I didn’t have all the information (and/or I didn’t feel well enough to really pay attention HAHAHAHA).

Jeff had gotten us a suite & had upgraded & apparently there was some chaos around that when he made the reservation a while back…. (I’m just now catching up on all this myself) Jeff had tried to do all this as a surprise.

when we arrived they had the digital TV display scrolling thru photos (think like TV ad using the nicest room of course) & Jeff was joking & said..”is that my room, how do I get THAT room?” when she laughingly said no , she realized that it was only ONE of the adjoining two rooms that was unavailable

the entire suite area isn’t open, someone has the other bedroom but not the living room common area. so she offered Jeff a deal to upgrade our other suite to this bedroom suite AND the Governor’s suite (it’s a large room w/ couch & table & chairs) it was perfect for our trip & having Jessica stay

so yes…. Jeff has been walking around doing the Mary Poppins “Gov-nar” voice and Jessica rolling her eyes

Jeff is spoiled…. and in this instance so am I HAHAHAHA 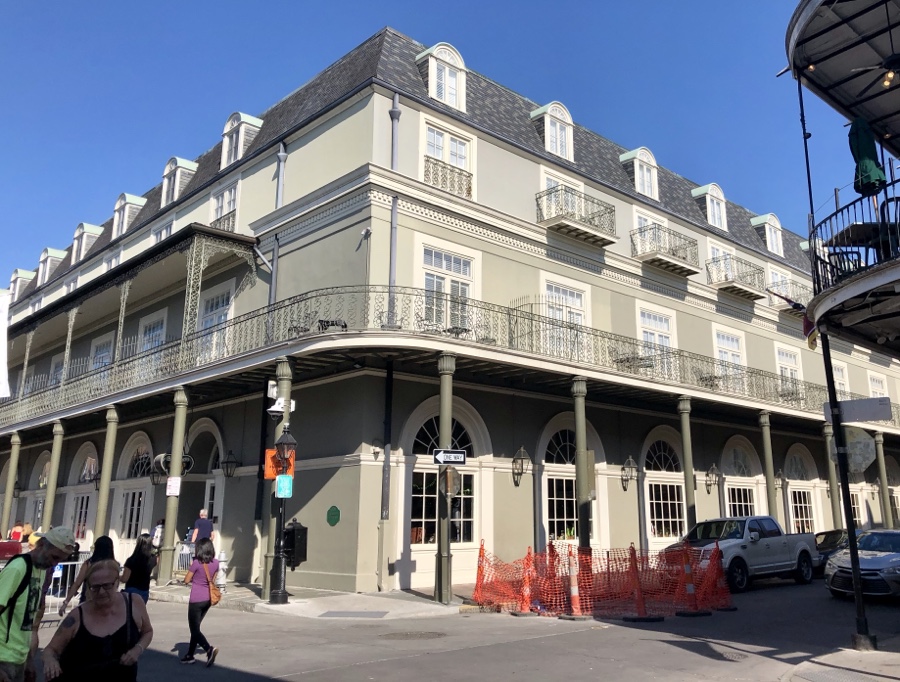 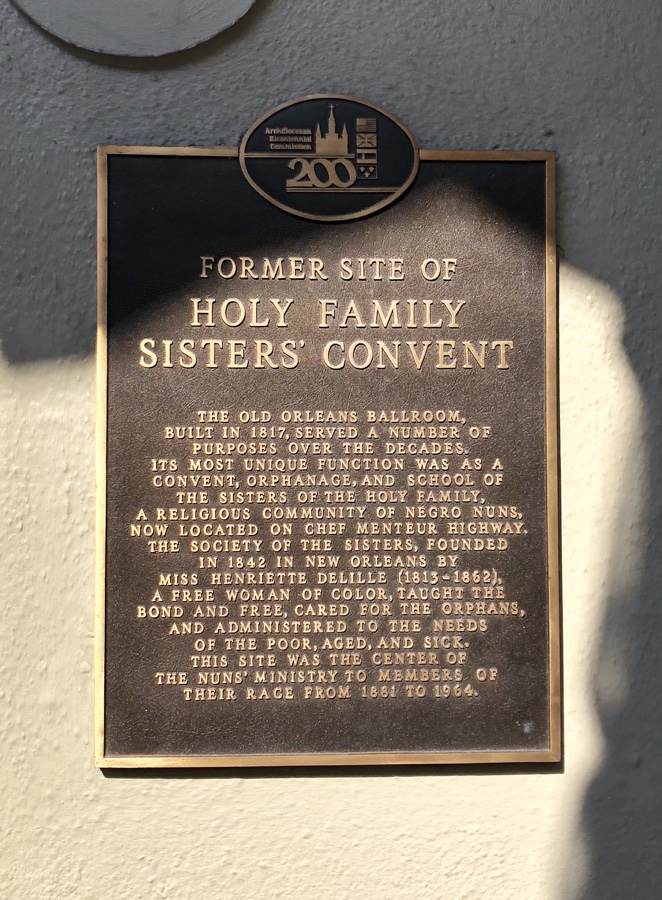 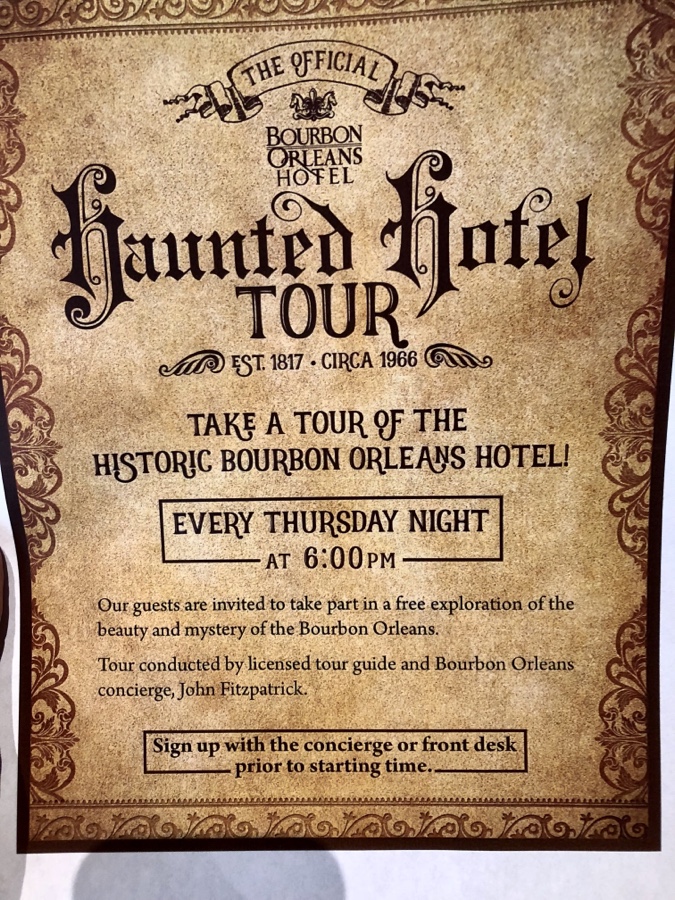 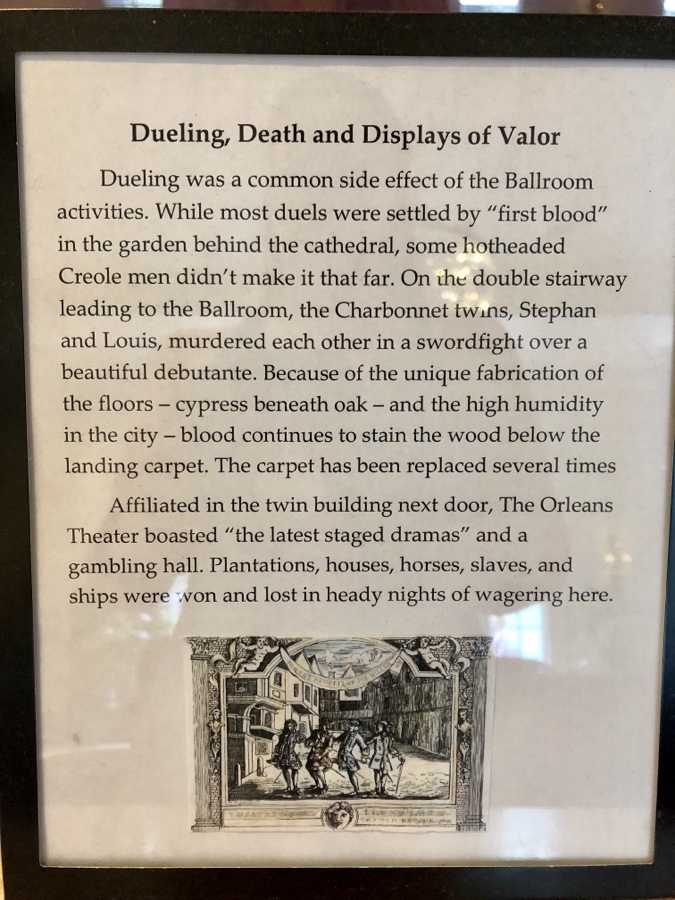 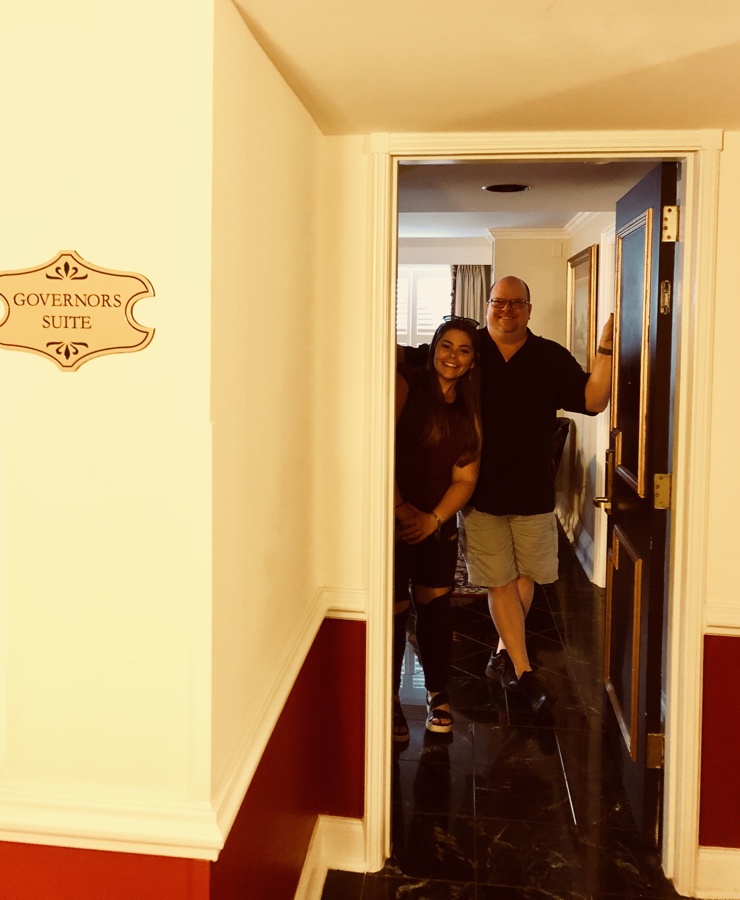 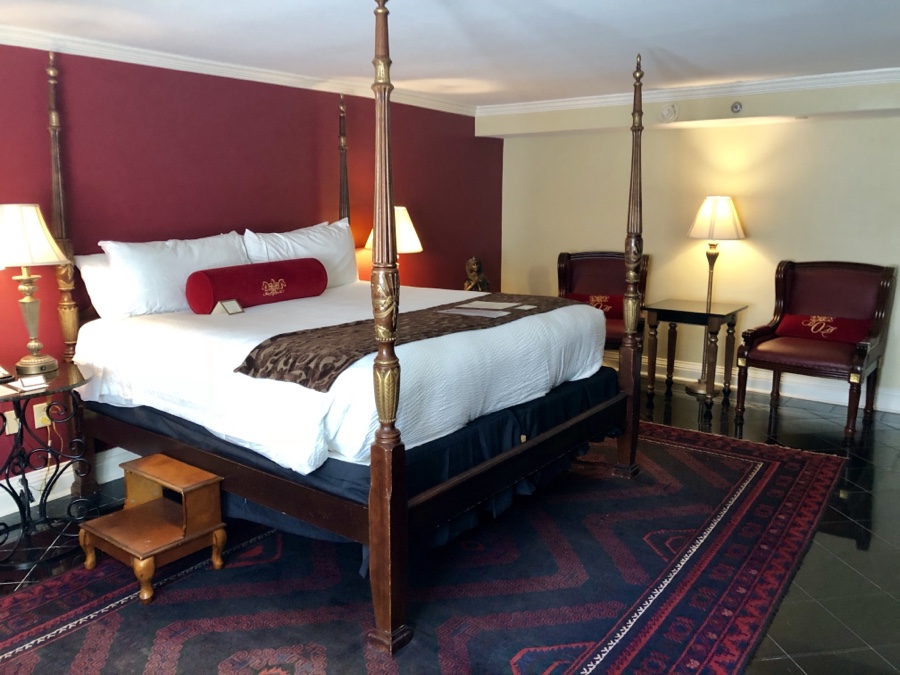 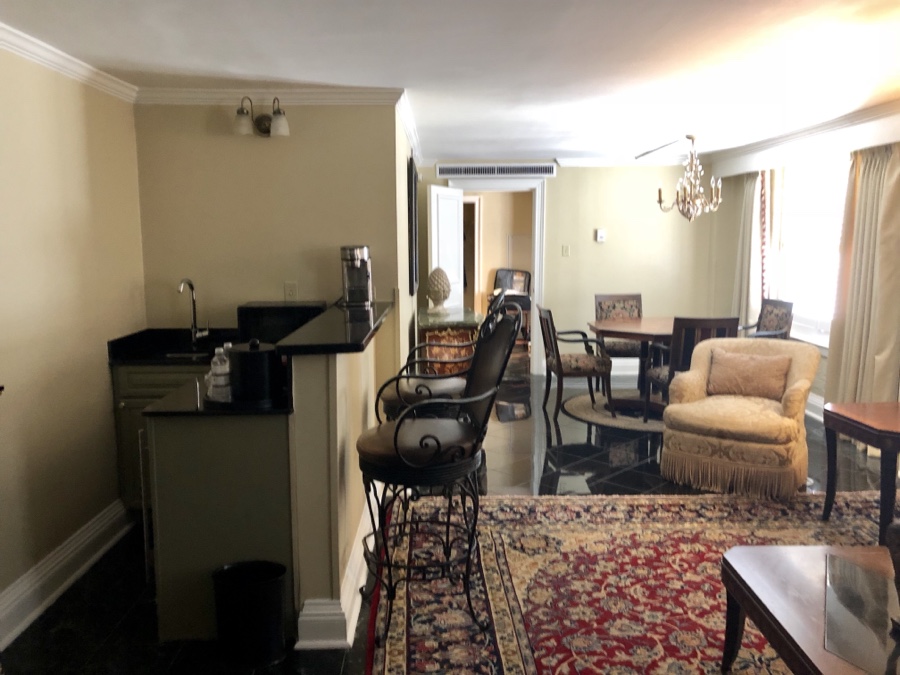 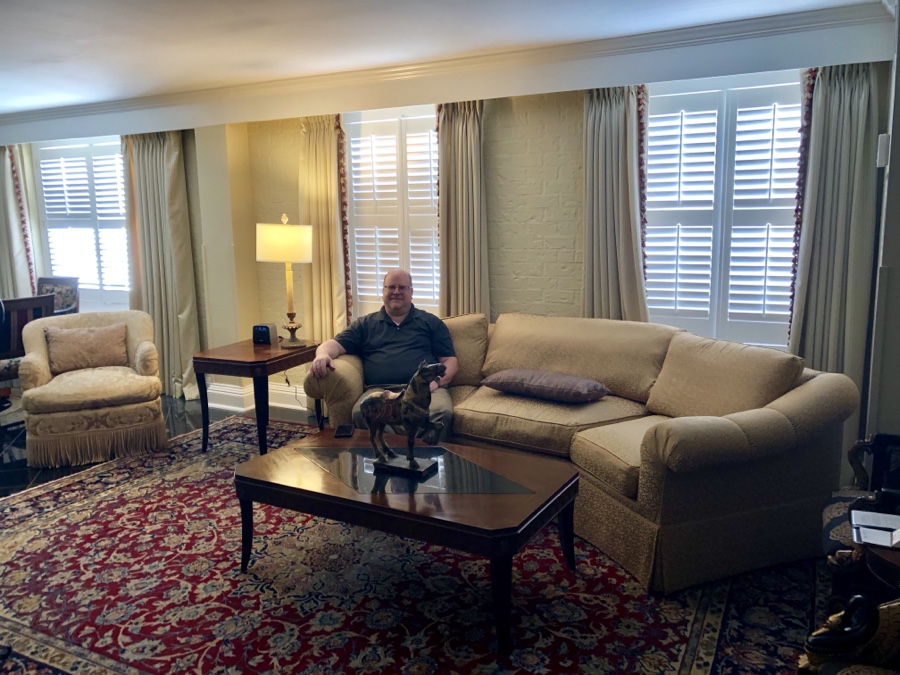 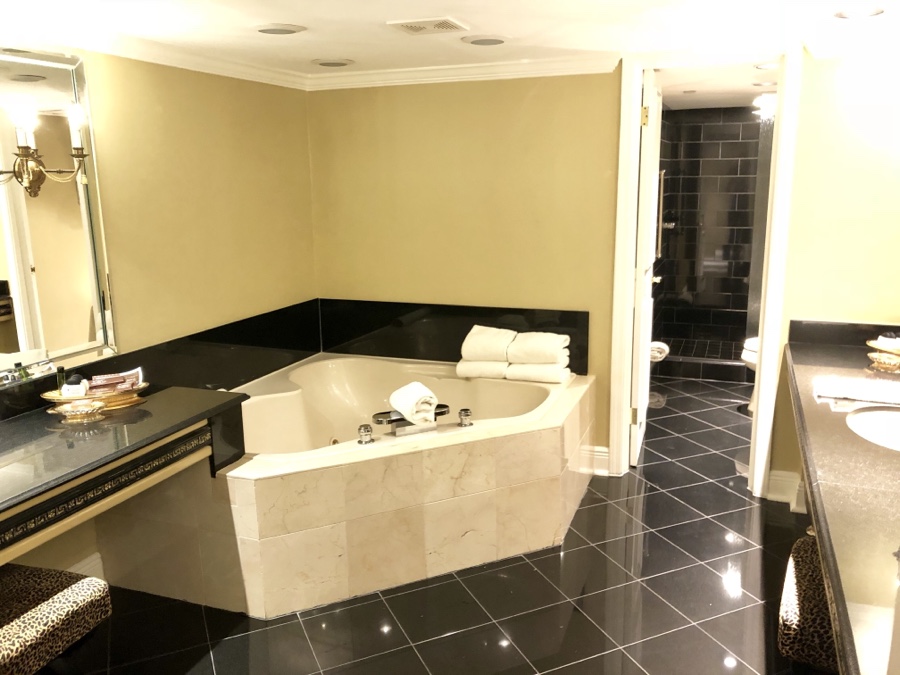 If you follow the yellow brick road, it will lead you to the Emerald City. (look in the top right corner of the doorway). The Jazz Club/bar connected to the hotel is decorated like the Wizard of Oz movie and the door back to the hotel.doubles as “the Emerald city” HAHAHAHA 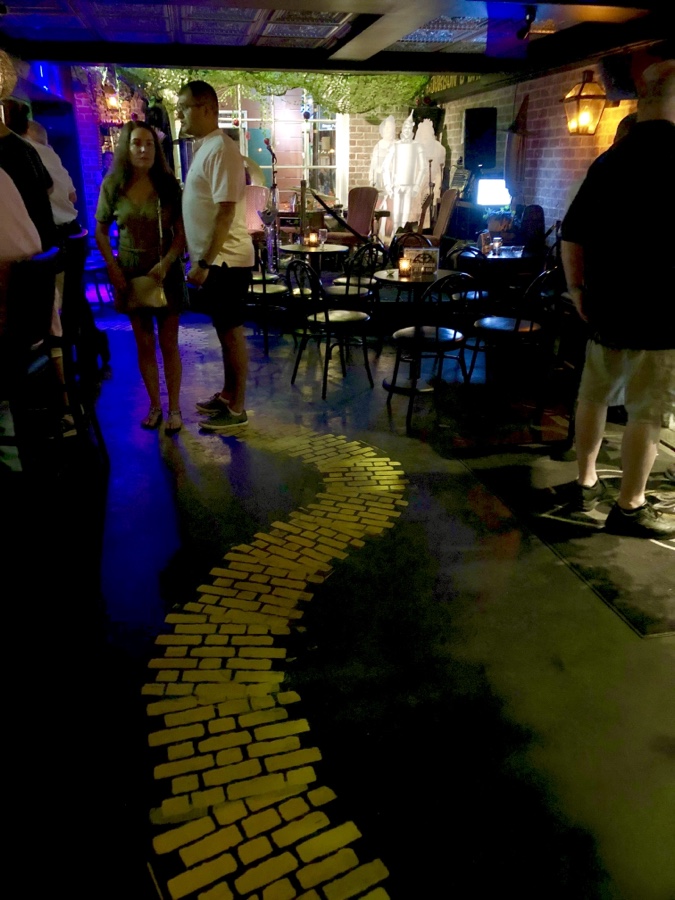 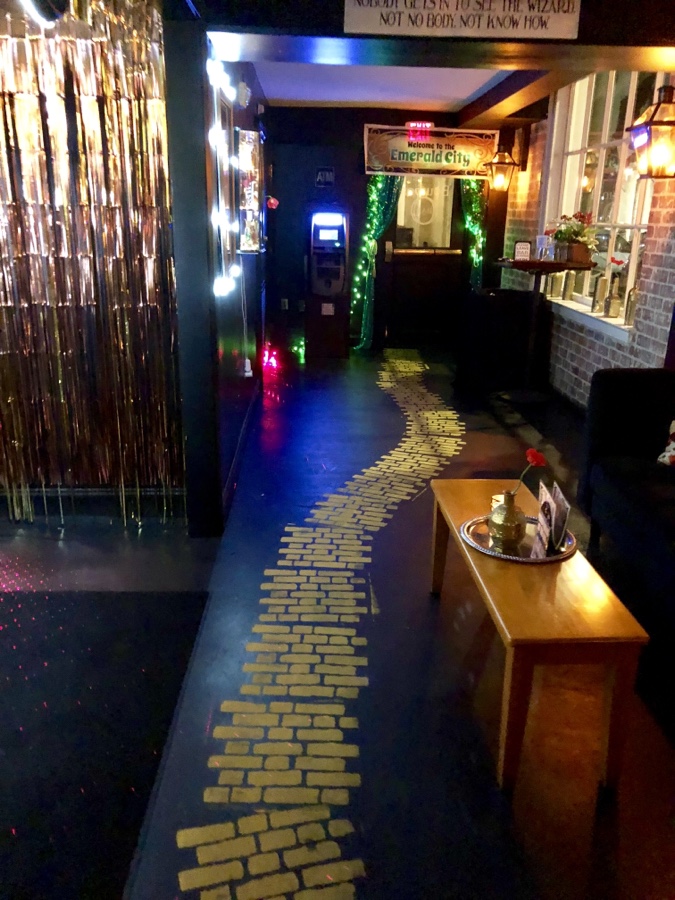 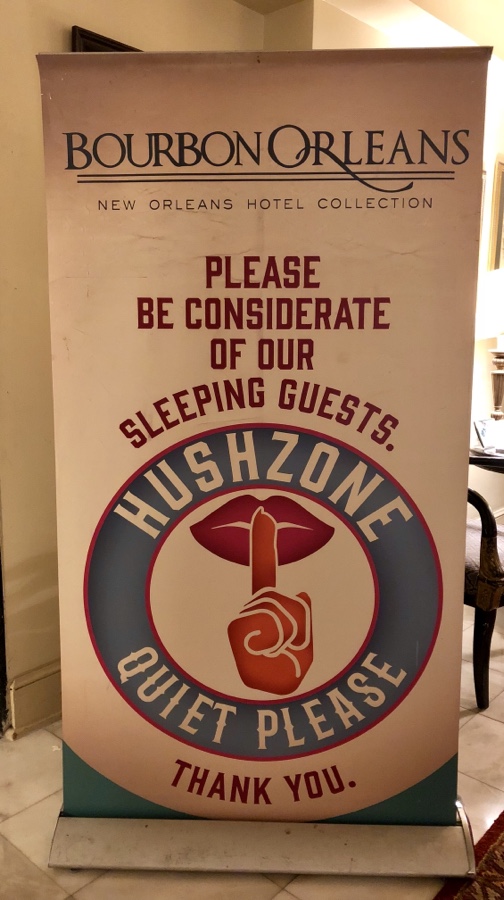 I have intentions of recreating this banner and hanging it the hallway at our house…. there are certain LOUD people that live on my floor HAHAHAHA 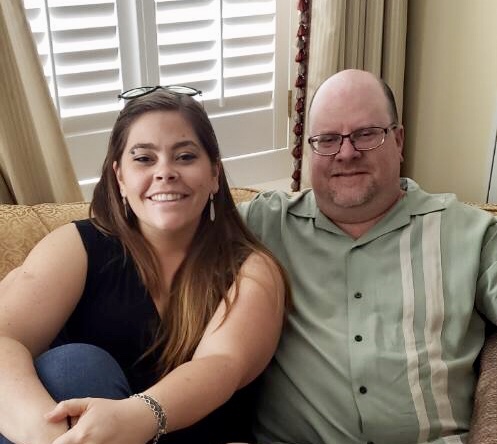 This entry was posted in Jeff, TAZ and tagged Wyers. Bookmark the permalink.