[pics incl] I literally caught Popcorn eating Courtney’s Chick-Fil-A! No he wasn’t stealing it, I busted her sneaking him bites! She didn’t see me, so of course, I snapped a picture. But I didn’t like that one so I MADE them sit there and “recreate my photo” until I did. HAHAHA 😂😂 Popcorn was only happy to oblige. 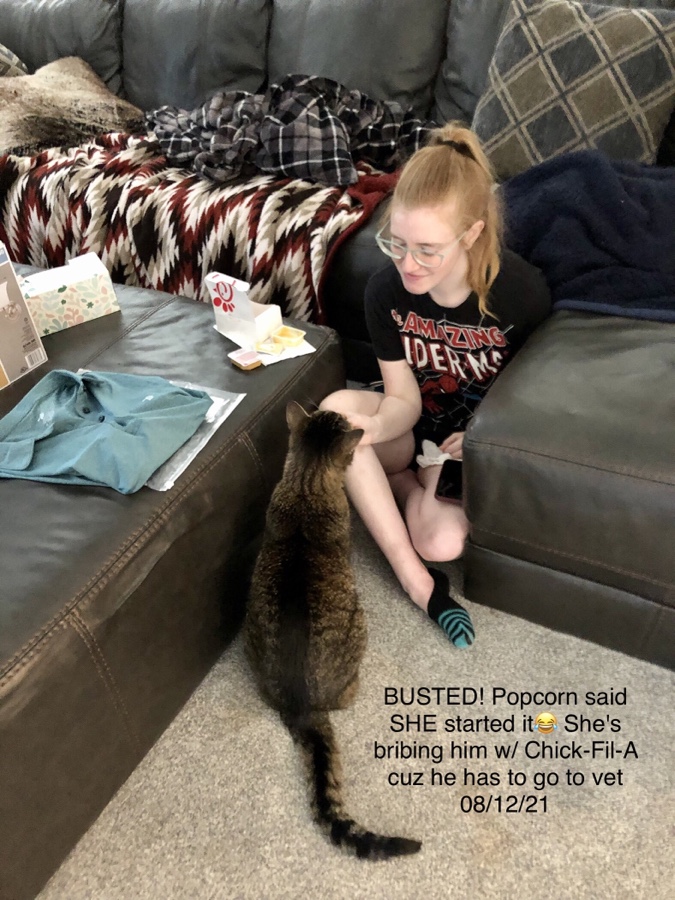 I’ve said this before that I have no problems “recreating” or staging a candid… AFTER I’ve taken the candid that could tell the story but cleaning up, tells the story BETTER. I tell ya’ll when I do it. In this instance, Popcorn had dropped his bite of food and bent to pick it up right as I took it. In THAT photo there was just a cat looking at the floor while Courtney had her hand in a weird position. Not exactly what “I saw” so I called a do over!

This entry was posted in Courtney, Pets. Bookmark the permalink.