[pics incl]  This is the short version… I haven’t written the long version YET but I will, it’s just too much to do right now.  I’m combining lots of info and I should have results on 04/23/15.  I have had MANY different doctor appointments and Jeff and/or Ashley have attended them with me.  [UPDATE:  I posted the results here:  http://blog.scottsontherocks.com/blog/2015/04/23/mrimrv-update-042315/ ]

I’ve had a couple of ultrasounds and the ovarian cyst has resolved itself and hopefully that is the last we will hear of that!  There is a long story that goes with this and some of you may have heard parts of it, but suffice it to say that I have seen the specialist and he feels like this is not an ongoing concern.  http://blog.scottsontherocks.com/blog/2015/04/09/successful-blooddraw-040915/

On Monday, 04/20/15 9:00am, I saw the neurologist.  Jeff and Ashley attended this appointment with me.  My head has definitely been hurting significantly worse the past couple of weeks, enough that prompted me to call all the doctors and make appointments.  Jeff and Ashley were trying to get me to go to the ER but I didn’t… and the neuro doc thinks I probably should have too.  He decided to have another MRI scheduled for this week.  We are also going to try adding aspirin again to see if that will help with the bloodflow swelling in my neck.  As a datapoint, I saw my neurologist at the hospital near our house.

On Monday 04/20/15 2:00pm, I saw the hematologist and Jeff and Ashley also attended this appointment.  (by this time, we had given up on the all the other cars and the problems with the house and Jeff just took the rest of the day off– http://blog.scottsontherocks.com/blog/2015/04/20/my-car-has-a-flat-tire/) As a datapoint, this doctor is at the other hospital where I had the brain clot surgery.  This doctor is difficult to explain, he is such a genius in his field, that it is difficult for him to “talk down” to those of us whom have successfully avoided biology since freshman year in high school 😉  Ashley loved him.  He decided that he didn’t want the MRI “this week,” he wanted it “right now.”  He actually kinda scared me!  After many frustrating and ridiculous phone calls between the doctor and the MRI place, then Jeff and the MRI place, etc… they finally scheduled me immediately… back down at the first hospital by our house 😉

What should have taken 45-60 minutes, ended up taking many hours.  They were unable to get the IV in my arm for the MRV part of the MRI… IT TOOK THEM HOURS!  You name it, we tried it, including the ultrasound device, which missed twice.  Finally, on the 6th attempt, I was ready to have the MRI, almost two hours after arriving.

I’m sure by now, all the doctors have received copies of the MRI/MRV and hopefully talked with each other (maybe not).  I will call them tomorrow and see if there is any change in the plan.  The plan right now is to just add aspirin and go from there.  I’m not really keen on the other possible solutions because they involve more invasive procedures and/or surgeries.  I’m hoping between the drugs and blood thinners that I can get some sleep and improve.  I will certainly keep everyone posted on everything.  Thanks for all the phone calls, it’s been nice catching up with you.

For your amusement, I have included a photo of the WiFi options that popped up at one of the hospitals…. VERY FUNNY! 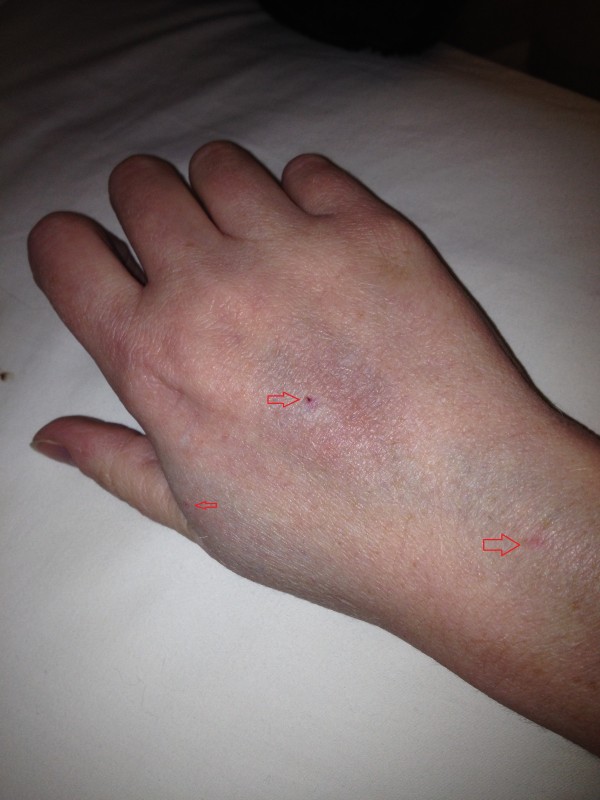 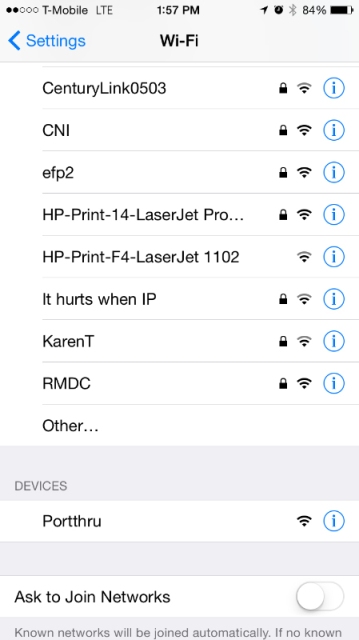 This entry was posted in Brain Clot, TAZ and tagged Scott, TAZ. Bookmark the permalink.