Nerf Wars: Will & Josh… and Dalton

[pics incl] Josh texted Will to come over and followed up with another text a bit later: “bring a nerf gun… and some bullets.” William and I just looked at each other “with THAT look!” Joshua has absolutely no idea what he just started …. mwwwaaaahhhhaaaahhhaaa!

There are nerf guns just about everywhere in this house! [ http://blog.scottsontherocks.com/blog/2012/04/07/nerf-wars/ ]

We knew of a stockpile in the basement and William has a pretty good arsenal going in his closet. One of William’s gifts from Roni and John is Dalton’s nerf gun collection [ http://blog.scottsontherocks.com/blog/2015/10/08/an-emotional-dalton-moment/ ]. We know some of them are modified because WE are the ones that introduced him to “modified nerf.” [we all take our nerf wars seriously in this neighborhood!] William has dumped out the container from Roni and has part of our collection nearby. We spent a few minutes sorting for duplicates, so he and Josh could have similar sets. 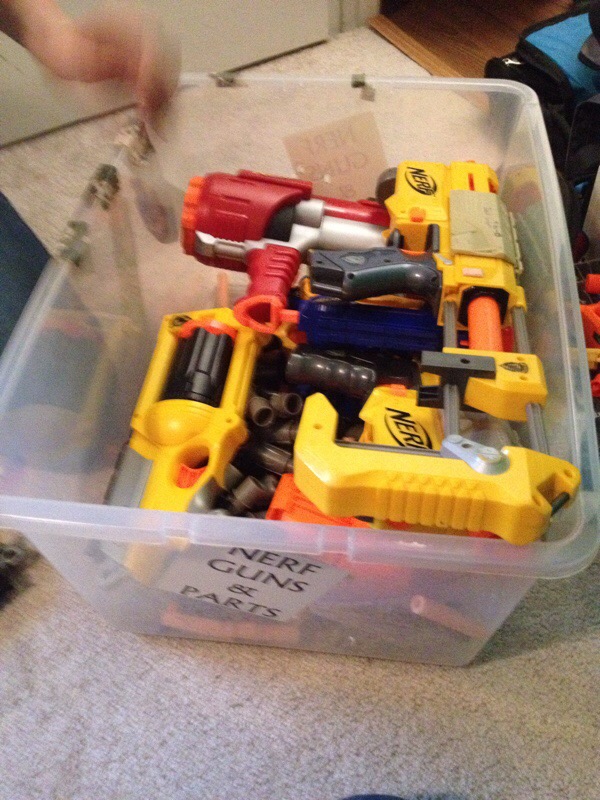 “Which ones should I take over?” 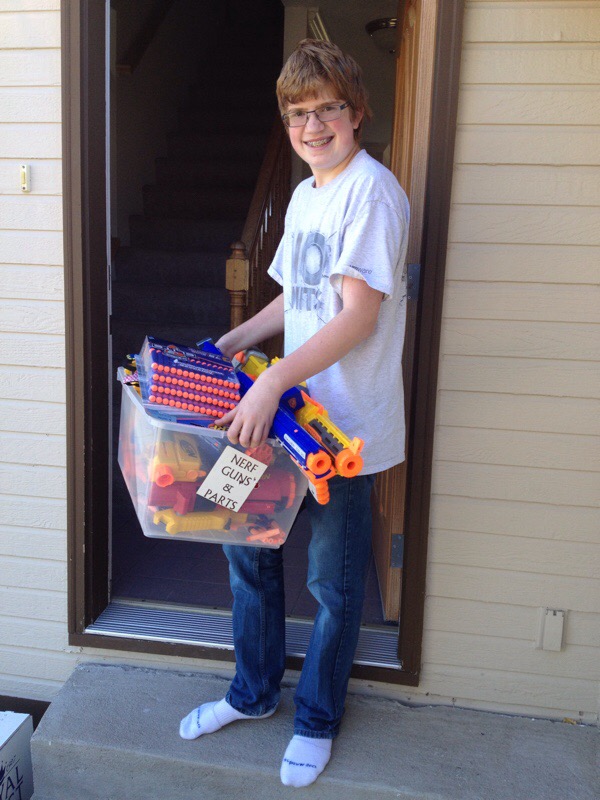 When we arrived, Josh came out and saw the trunk of the car FULL. At that moment, with the three of us armed for a nerf apocalypse, the trash truck pulled up in front of their house. The driver took one look at us and said “NICE! I’ll be back.”–in a pretty good Arnold voice, from Terminator

Josh’s grandparents are visiting from New Zealand and we explained that much of this collection started BEFORE William was born and it’s been fortified with Dalton’s personal stash. Will took time to share some stories about Dalton’s guns. Josh and Will posed for pictures to show John and Roni because they KNOW how much it means. Love these kiddos! 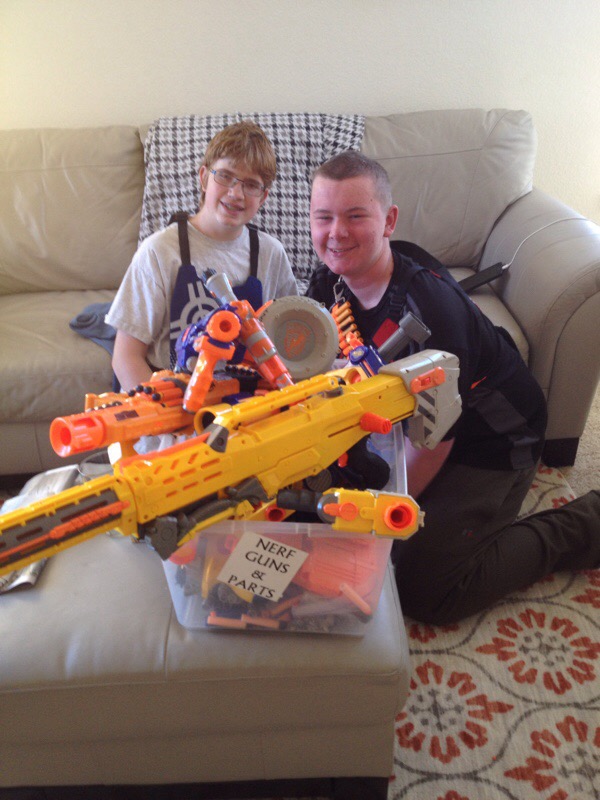 I took one of them “pre-nerf war” because there was some pretty interesting tough talk going on and grandpa was getting involved too! 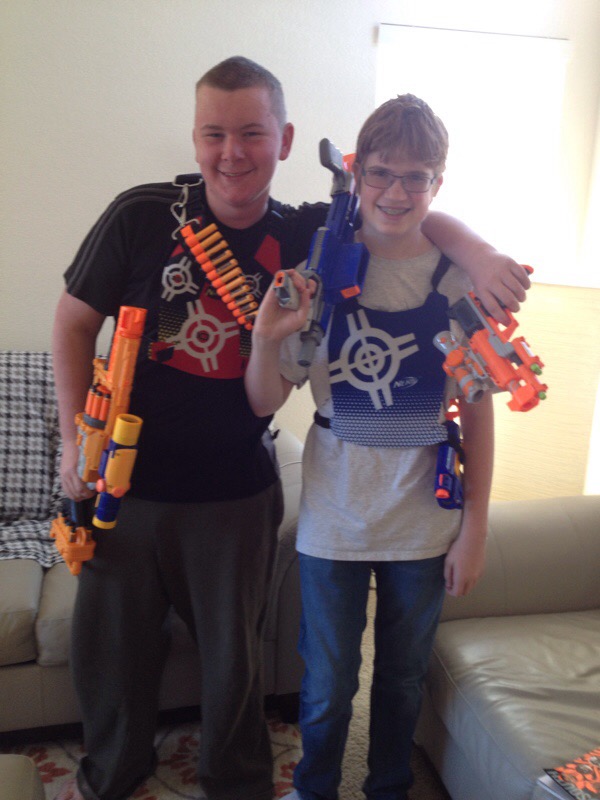 Josh’s latest item scratched from bucket list was to learn to make “the best biscuits.” http://www.team-josh.com/index.php/2015/10/15/the-denver-biscuit-company/

This entry was posted in William and tagged Hetherington, Lambrecht, Scott, William. Bookmark the permalink.