[pics incl] We dragged the Hetherington’s (and extended family) to La Fogata… in a CRAZY blizzard! And then discovered Jaime is on vacation. [More about La Fogata & Jaime]

We had a blast and agreed we need to do that more often. Hope we didn’t wear out Josh too much, as he was obviously tired from his chemo and had little appetite. Though, he did convince Will to go back with them.

The weather is clearly affecting me but today was not as bad as last week… or maybe I’m becoming a bit tolerant??? or resting most of the day helped? or all the above! I still have to wear earplugs because it’s too loud. I’d say this past week or so, after that first snow, that my head has been “just right on the verge of REALLY hurting” but if I do everything slower, rest and don’t bend down, I seem to be able to kinda sorta function… kinda 😉

Thanks Ashley, for the photo but you must not have heard Debbie say to use panoramic 😉 Kudos to the photo-bomb guy behind us… we had to cheer him for that one! 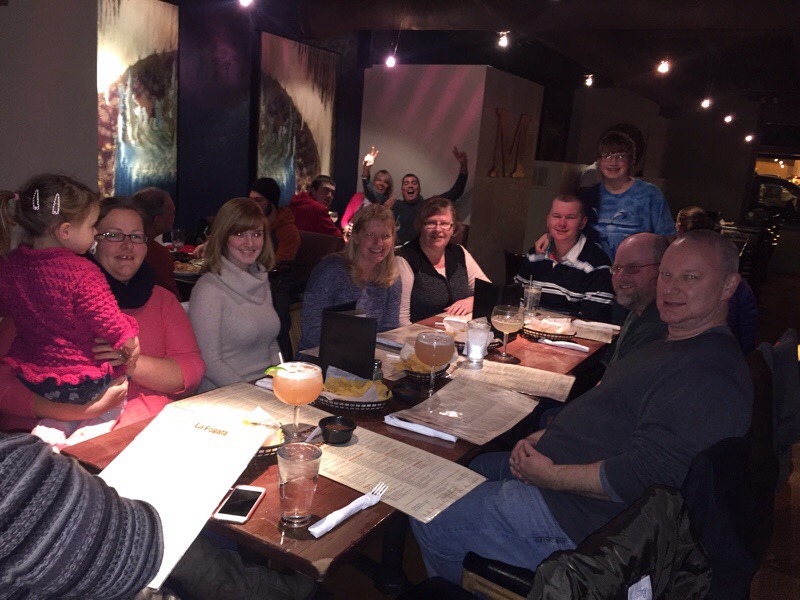