[pics incl]  Normally, bumping into friends at the store would not seem “newsworthy” (or blogworthy) but this is no ordinary friend!  Jeff, Ashley and I were strolling around Sam’s to kill some time before we picked up Courtney from the lightrail.  Kevin happened to be at Sam’s.  We all just chatted and walked around the aisles a while and we mentioned to Ashley that she really needs a new mattress (well, she really needs a whole new bed, but that’s another story). There were other customers around us and Ashley and Kevin began bantering back & forth about “my other father” and “my other daughter” from our dinner out (see here:  http://blog.scottsontherocks.com/blog/2015/03/14/la-fogata-dinner-with-leungs-031415/)

She had a mattress pulled out from the wall “to test it” and promptly decided to take a nap.  Kevin decided to document her nap, but the EXACT moment he snapped the photo, she popped her head up!  Kevin kidded that he was going to post on FB, to which I insisted he do immediately and tag everyone she knows…  Shirley promptly called to verify that we are all crazy 😉 The other people around us joined into our “discussions” and laughed at our “perfect picture!”

Later, Jeff Ashley, Courtney and I went to grab some food.  Ashley had a “double fortune” and Courtney’s fortune said “You are not illiterate.” 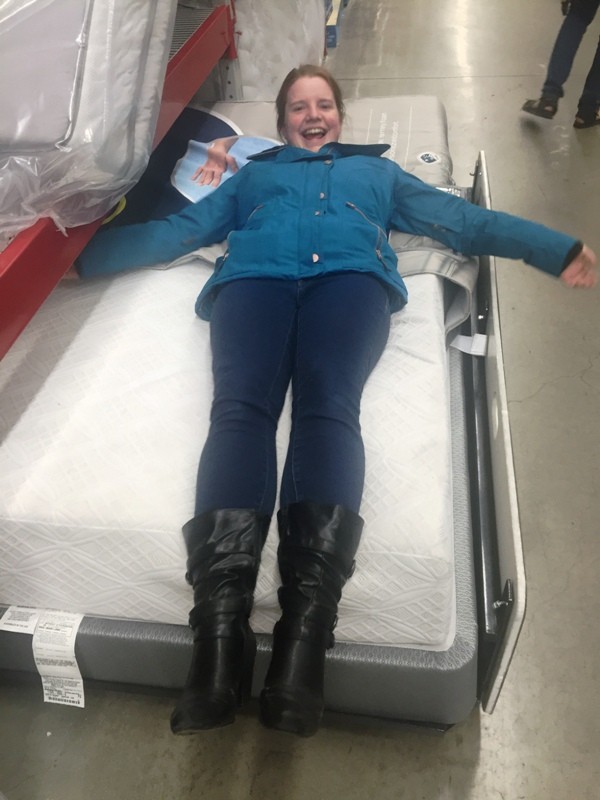 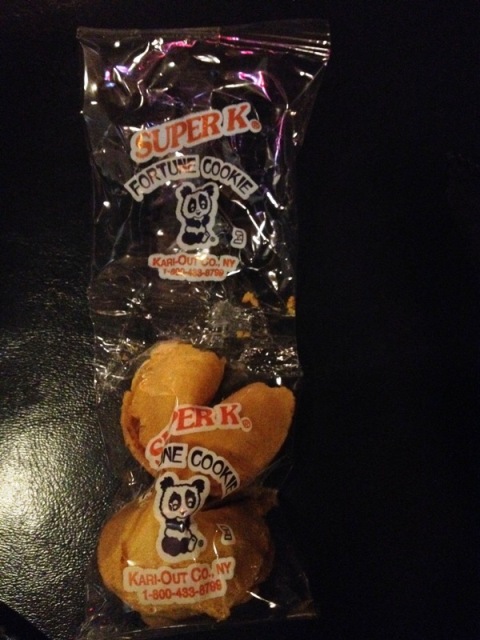 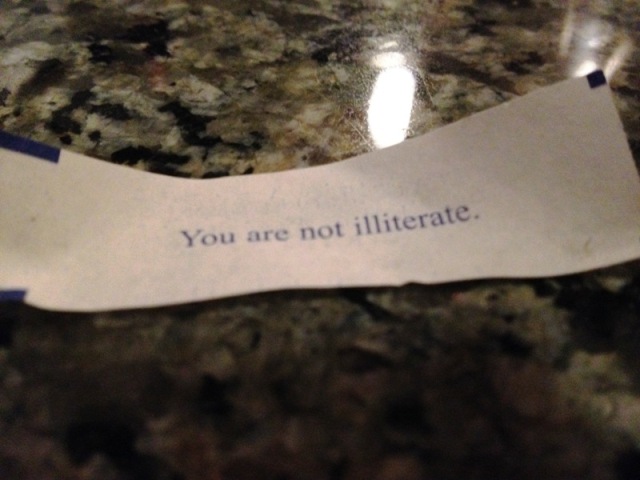