[pics incl]  Scotty and Jacque appeared in time for Jeff and Scotty to take William to Robotics and give him a quick tour before qickup Ashley from work.  The five of us we to dinner [Courtney has a work event until late].  I forgot to take a pic at dinner but after robotics I made everyone pause the pinochle war! 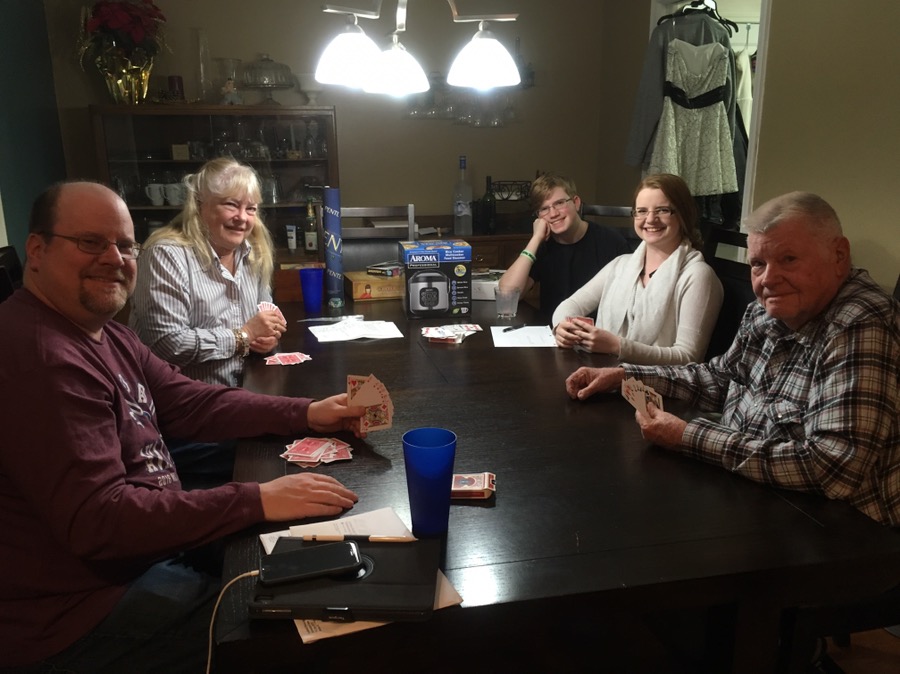 Would it be wrong of me to infer “scary things appeared” on Friday the 13th? nah, I didn’t think so ;-P

BTW, Jacque, I can’t remember but it’s either elephants or jellyfish…

and for everyone else, …there’s a conversation starter sentence for ya!

This entry was posted in Ashley, Jeff, TAZ, William and tagged Scott. Bookmark the permalink.

One Response to Scotty and Jacque Appeared 01/13/17