[pics incl] Well, on Wednesday, angels were watching over him because Uncle Norman had a heart attack. Fortunately, my dad was standing next to him and abruptly decided to just take him in (w/out even talking to mom or Mark who were in the house) [I may not have story all exact but hopefully close]

At that moment I was still in CO but my flight was for the following evening… that was until it was canceled shortly after mom called me. It had hailed the night before and damaged several planes. Jeff had to rescue me from my momentary panic and he fixed it all. Not sure I’ve said thank you… or said it enough! Lucky me… I got to fly out at some early hour that even the sun wasn’t out! Lucky Jeff… he got to drive me haha! So I actually arrived very early yesterday.

Mark scooped me up from the airport and…. well… Esteban’s was calling. I was immediately a little overwhelmed because Steve usually picked Esteban’s as our goto meeting place. But they were happy tears, I still have excellent memories of lots of laughs. Andrea’s boss was allowing her to work from home to help out w/ Uncle Norman so she met us there.

Last night, I spent the night at the hospital… but let’s just say it took Andrea and me… a very long time to find the correct hospital. We weren’t lost… not really, we just were not anywhere near where we were supposed to be. and yes… we deserve all “the blonde leading the blonde” jokes! we even came up w/ a few of our own!

Today, Uncle Norman was released. Docs said his new stent was working. He said he felt so much better that he pulled out his guitar after what he said was many months since he last played! There was really no convincing him to slow down, it was all we can do to keep him from running laps! Partly from joy and partly because he feels like he actually could do it now!

My parents & Neil stopped by to check on him. He played and sang for just a little while and Hayley treated us to some music on her recorder. Overall, a very musical night. 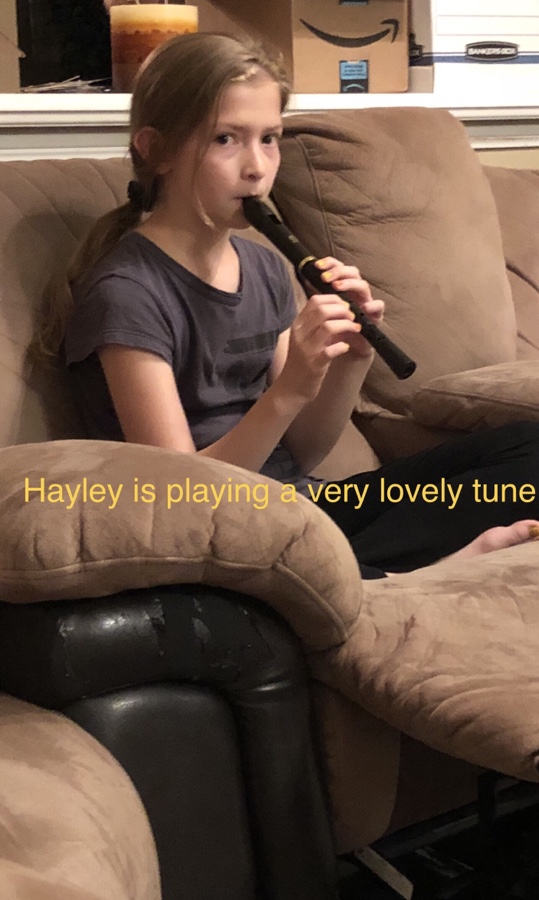 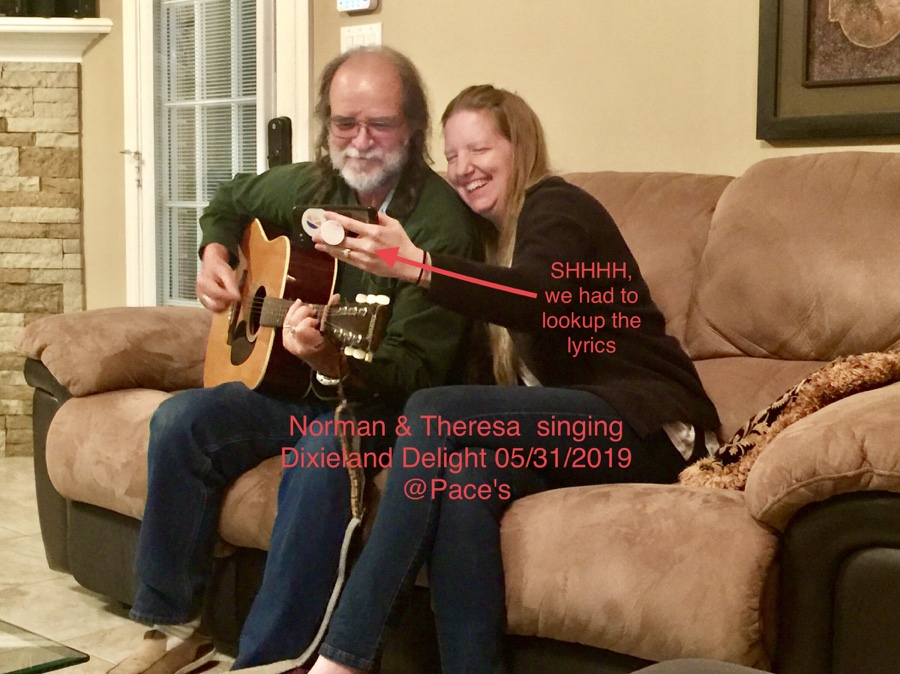 This entry was posted in TAZ and tagged Bacon, Gale, Pace. Bookmark the permalink.