[pics incl] We spent 01/28/22 snorkeling in Little Harbor, BVI. There is plenty to do in the area and we all had decent cellular service here, giving us all the opportunity to take our “proctored at home Covid tests” so we can catch the ferry tomorrow. If one of the group tested positive, we would have all been quarantined for 10 days…. shucks 😉 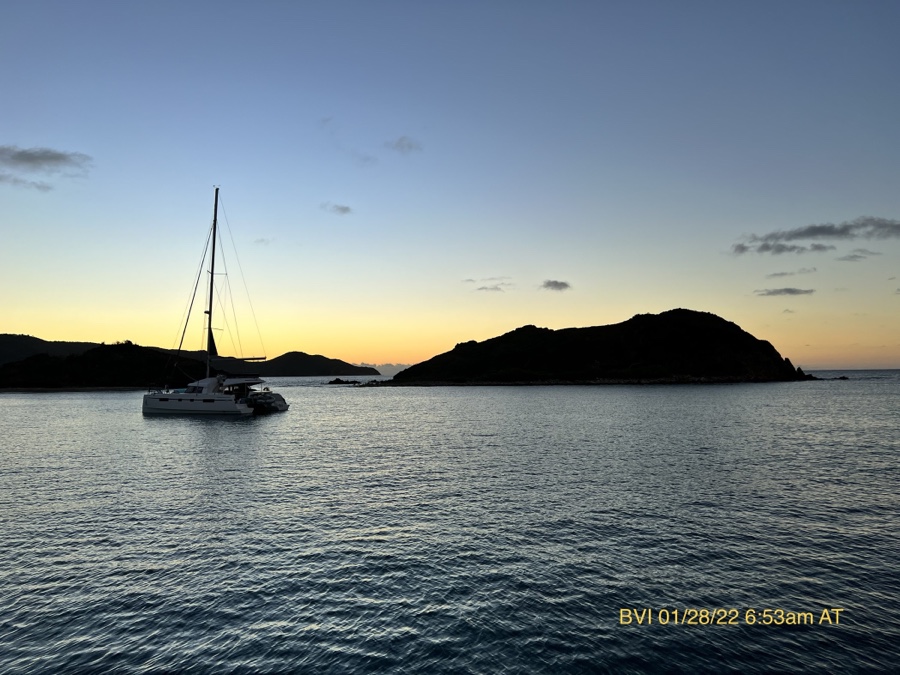 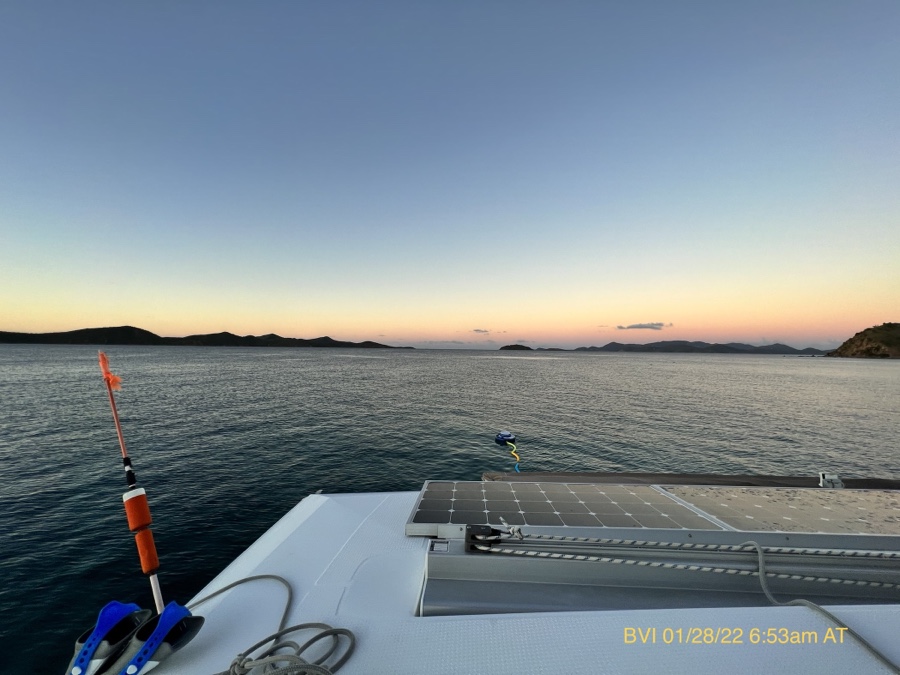 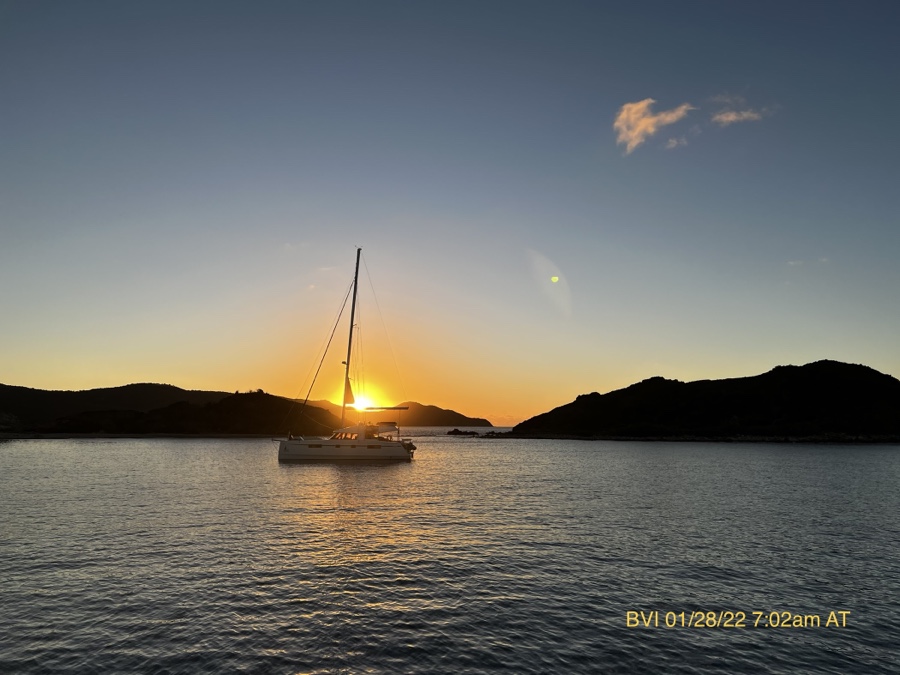 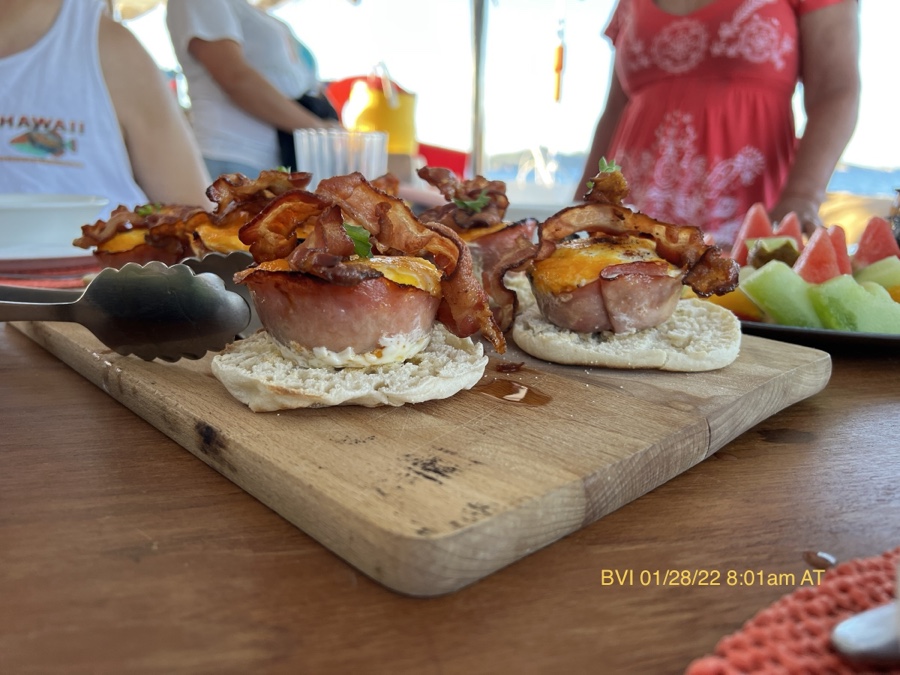 After learning to squeeze all the air out of the waterproof bag, I actually got some decent videos. I learned that i had to prevent my phone from auto lock and use the buttons vs tapping the screen but otherwise I was able to mostly capture what I wanted. Often a wave or underwater current would throw me and cause the video too abruptly” swerve ” but hey… that’s what happened and the viewer gets to experience it too!😂 Often, I have to pause the video and show it in slow motion so the viewer can watch the intended target…. some things moved slow, others in the blink of an eye.

I was told this is a sea cucumber. 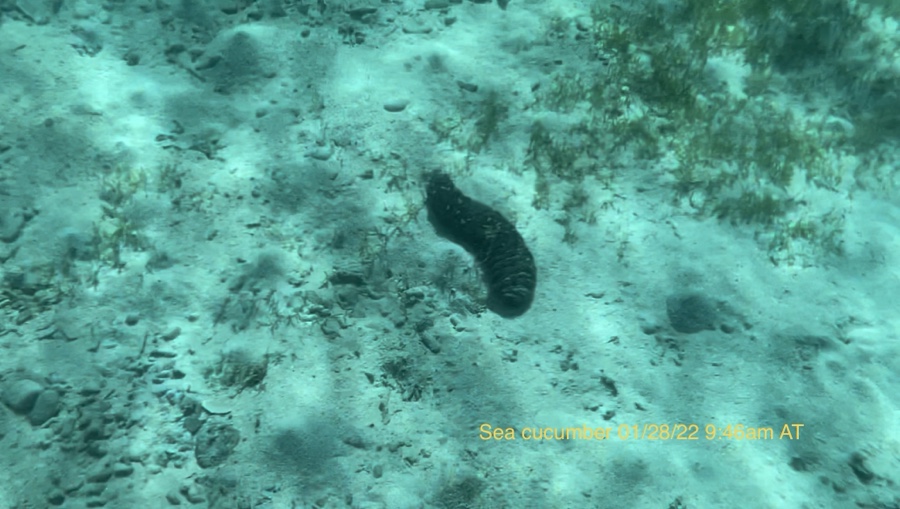 There is an eel under this rock but it’s moving too fast to point out so… here’s a photo of an interesting rock. 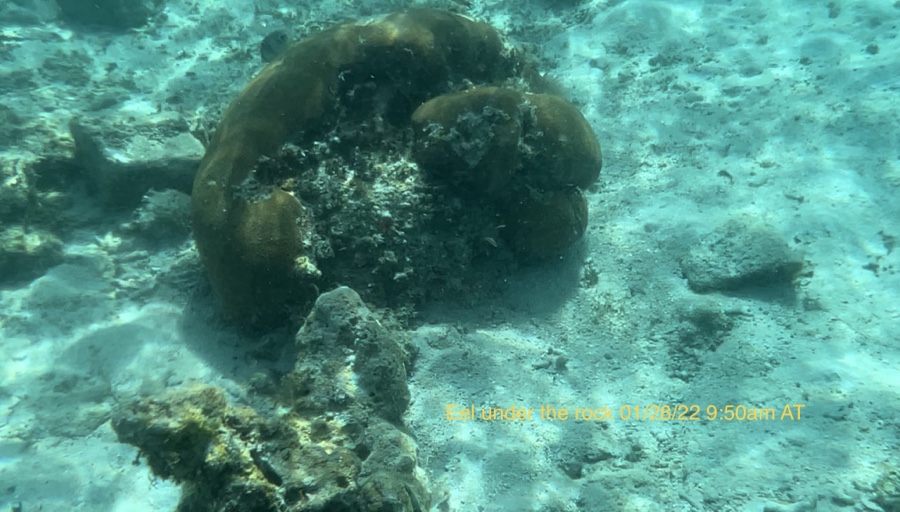 The octopus is moving FAST. I have a couple videos but the waves kept tossing me and I had to swim away from the large spiny urchin (or prevent others from hitting it). Here’s a shot of the octopus with no edits. 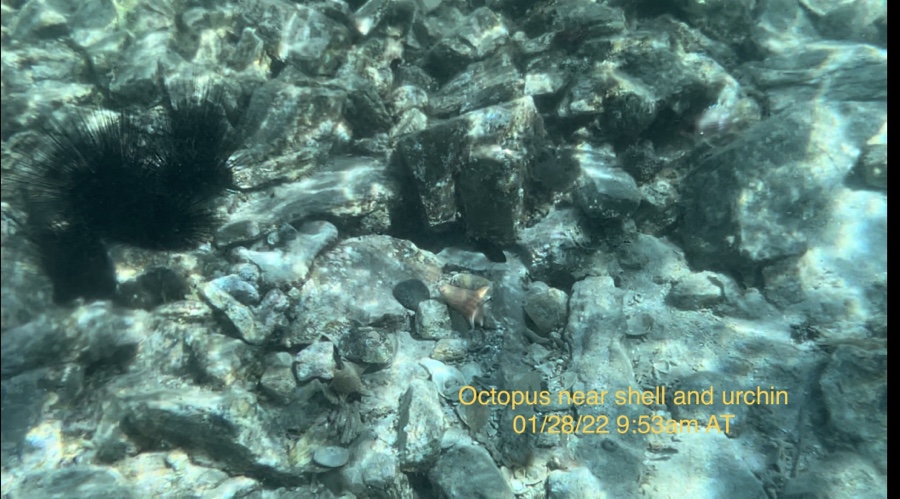 These next few are zoomed in on the video and I have slowly moved video forward to show the octopus movement… the entire video is only 20-25 seconds. I am swimming toward the octopus which is bolting from the right, down to the rocks in the center or left center of the screen. It’s only 1-2′ long and squished down into a pile of goo with the eye showing at the top. 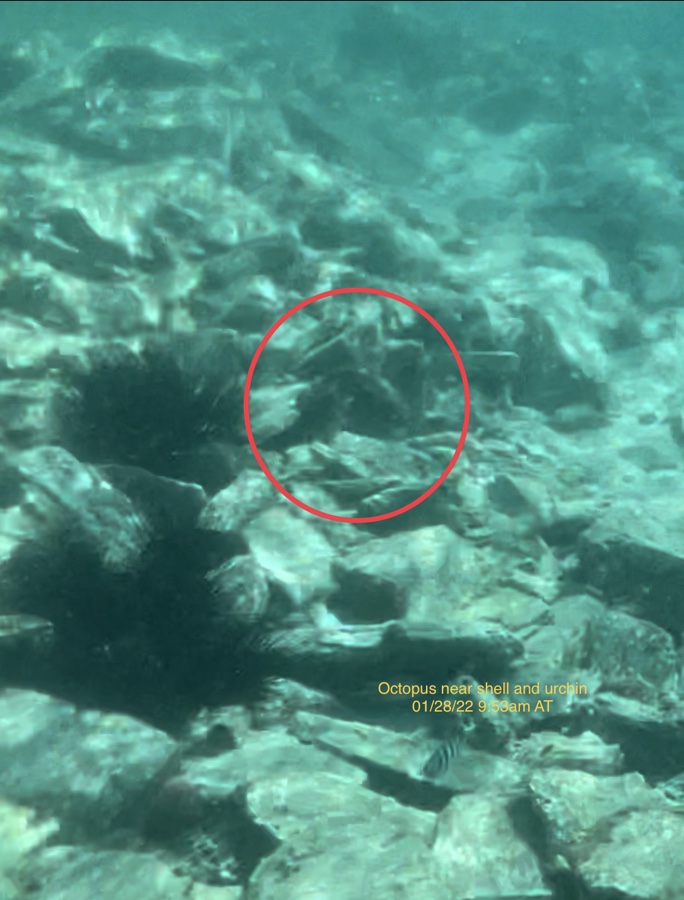 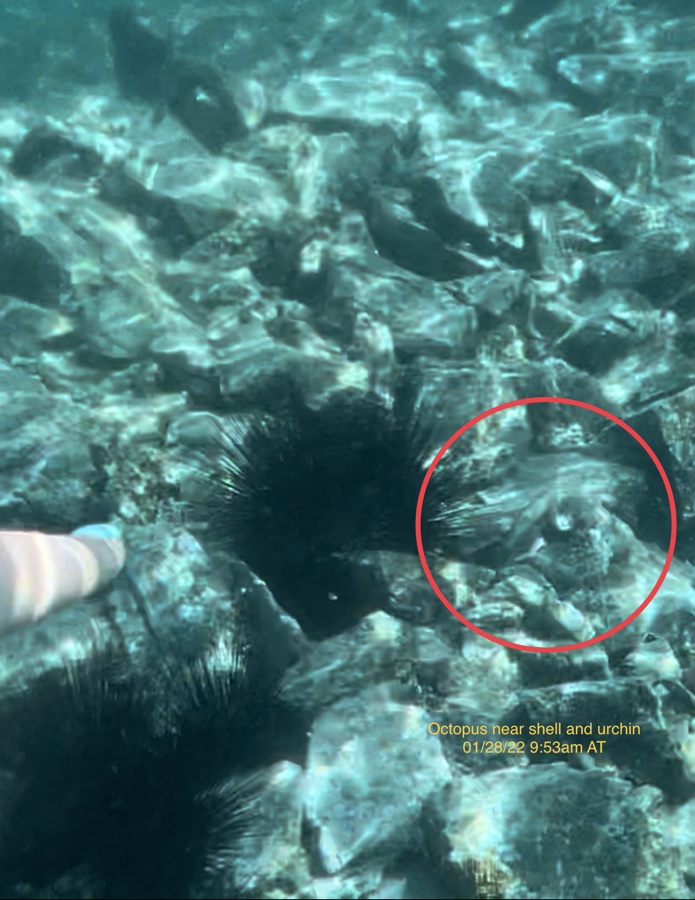 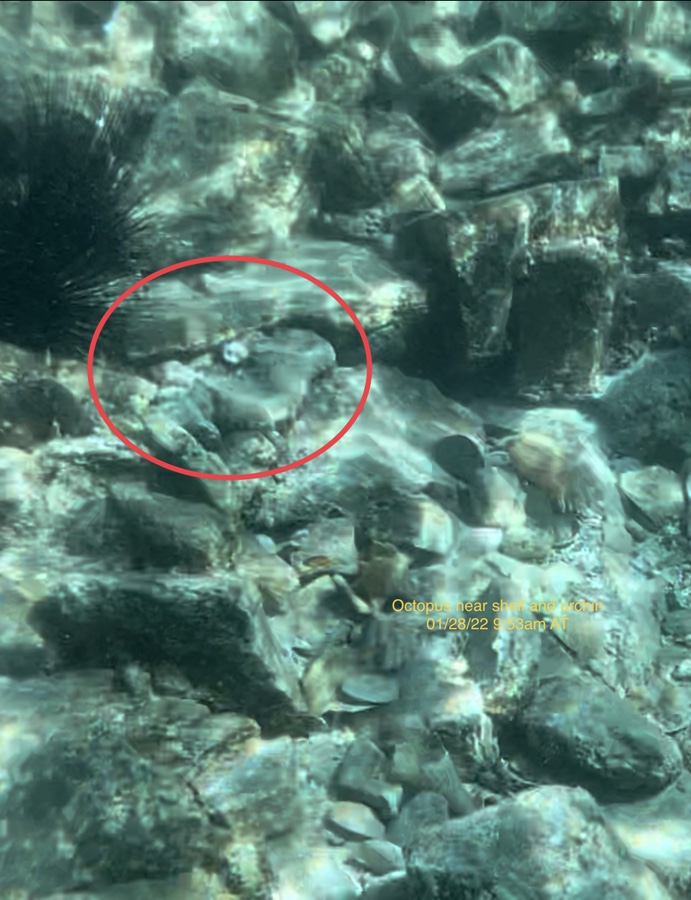 This is the same as the first photo, I’ve marked the octopus & eye for you. 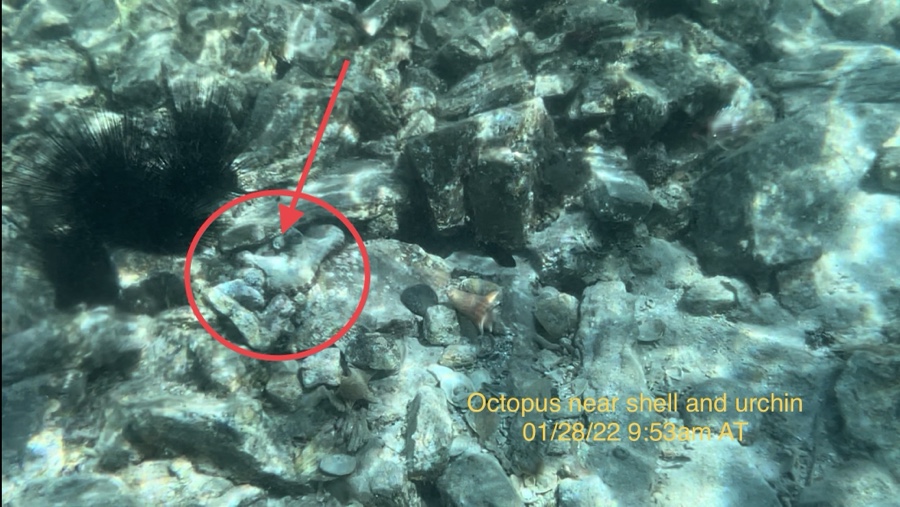 We turned and found ourselves looking at several bright blue fish. When I realized that Jeff was motioning that he intended to follow a large one, I snapped a photo of a smaller version. 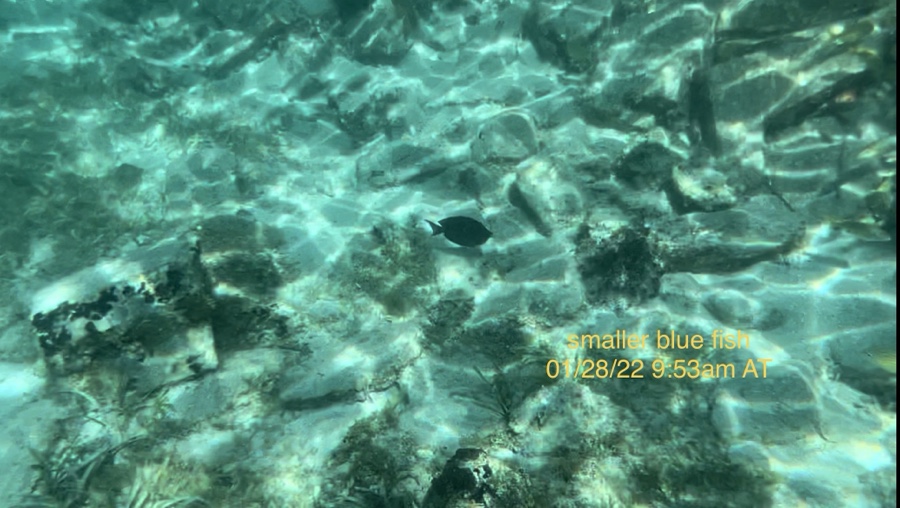 A member of our group snapped a live photo of Jeff and me snorkeling near the boat. I am far left center edge and Jeff is near the center to the lower left of the boat. 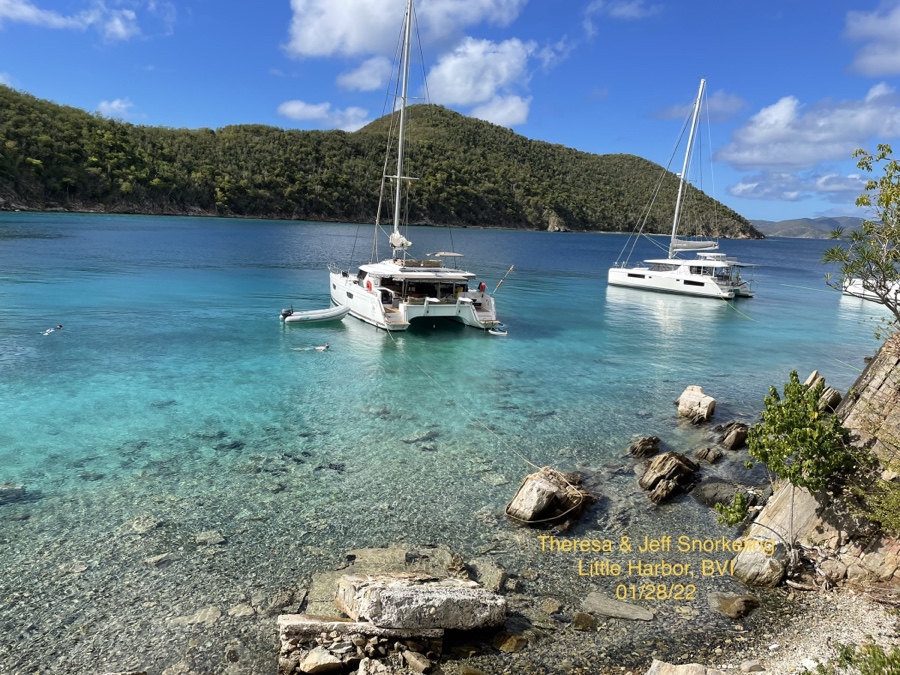 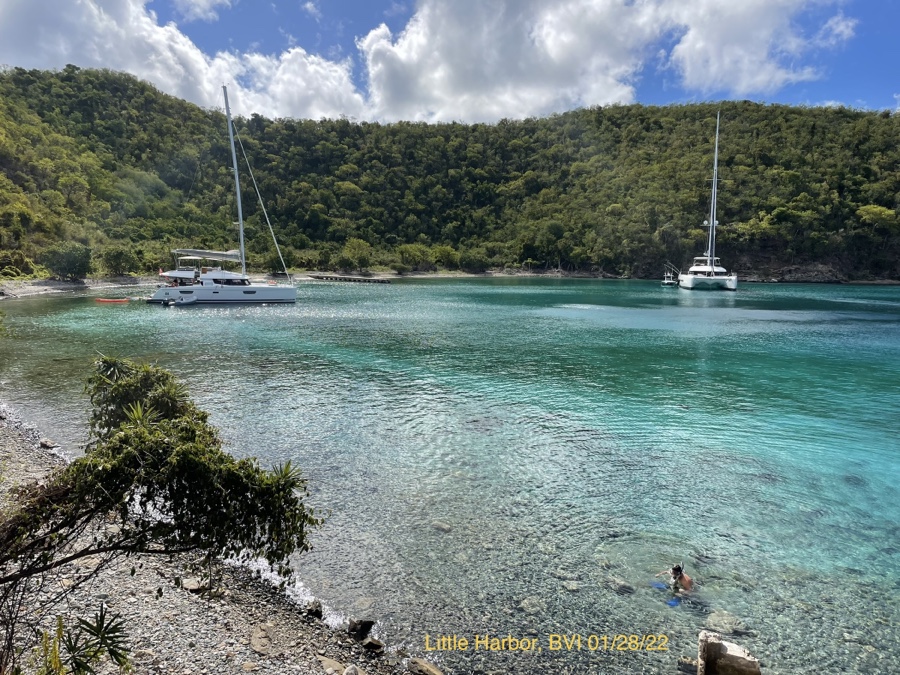 Jeff wanted to go kayak and as I was returning to the boat, a school of fish passed beneath the ladder. only one came up close to me. Sometimes trying to video and swim made me a little dizzy so I opted not to attempt the kayak. 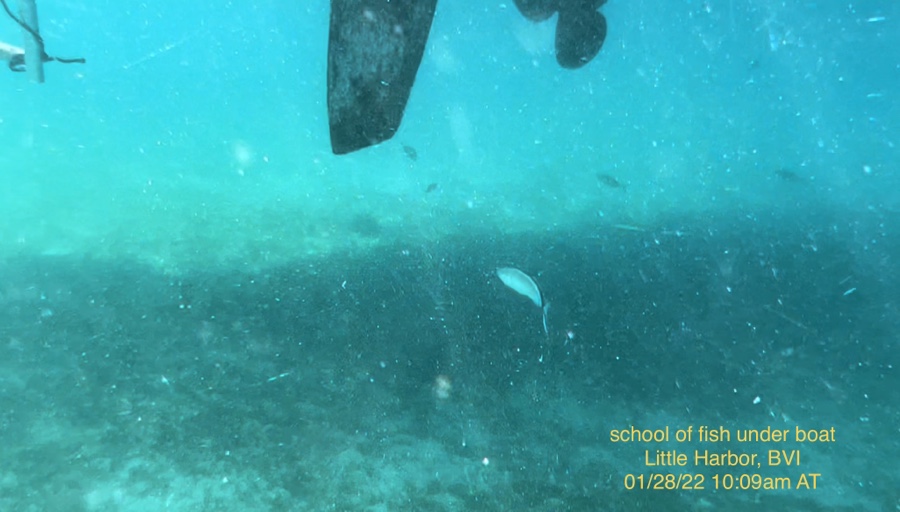 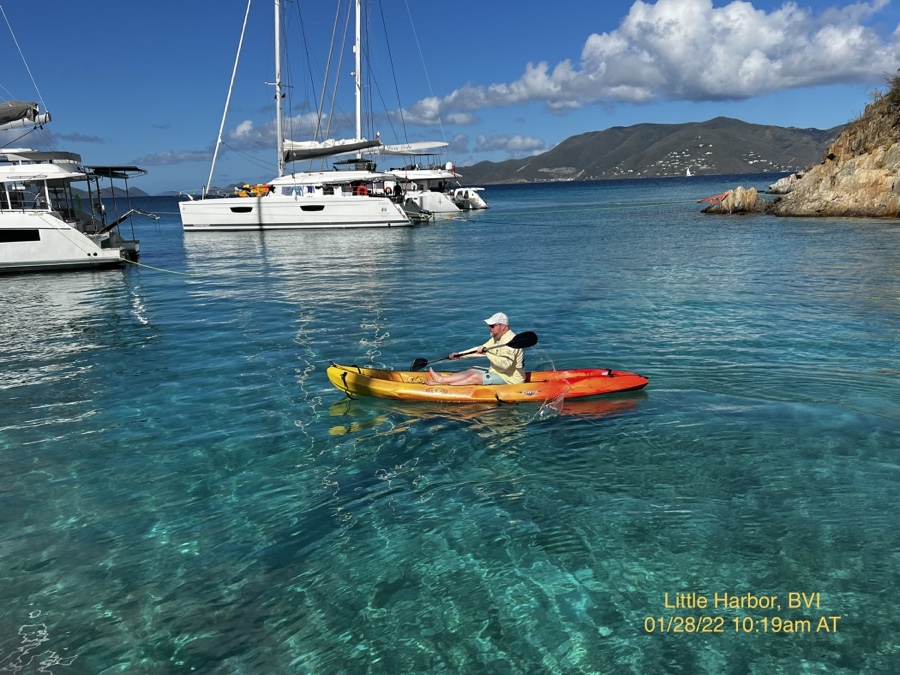 While we were waiting on our tests results, we played a quick game. 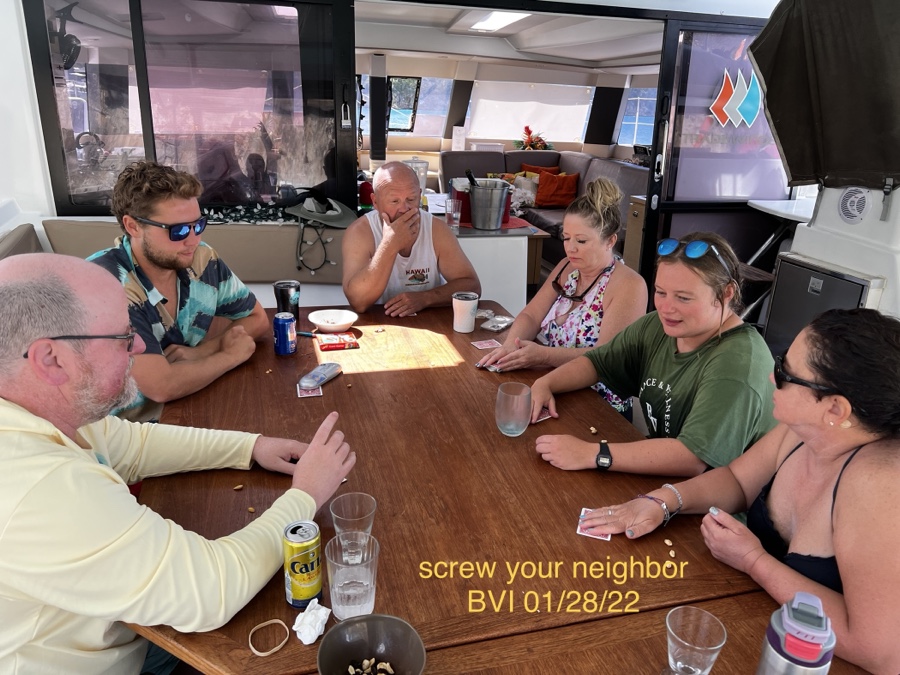 He kept putting mayonnaise on EVERYTHING… including taco salad. Yup, even last week, we’d goto restaurants and there would be ketchup, mustard & mayo sitting out on all the tables. 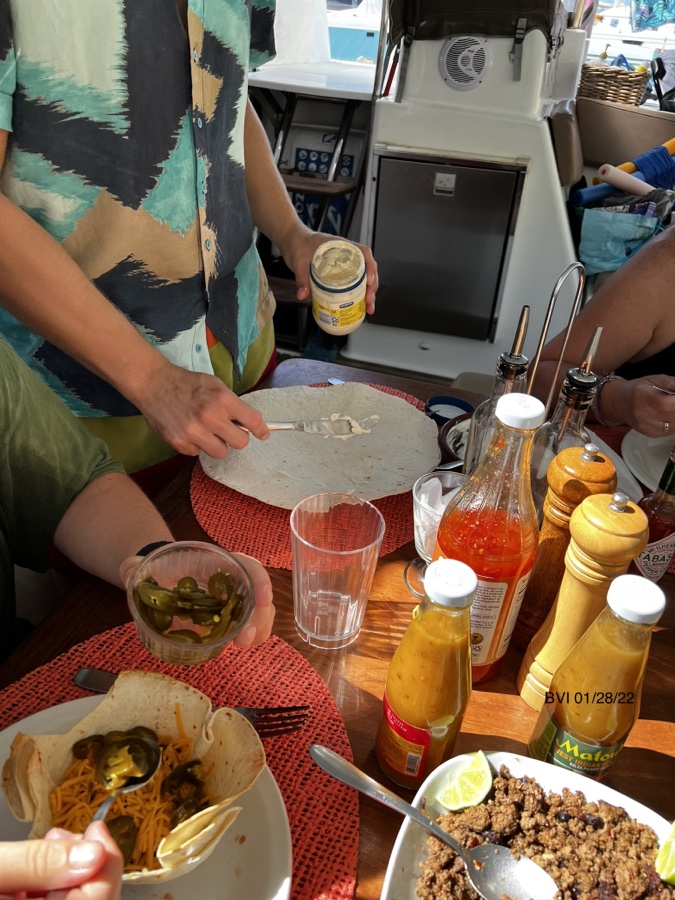 Unfortunately, we all tested negative and we had to return to the dock for our last night.

As we were leaving, someone pointed out a yacht they said was owned by Blackberry (ie as in the blackberry phones). 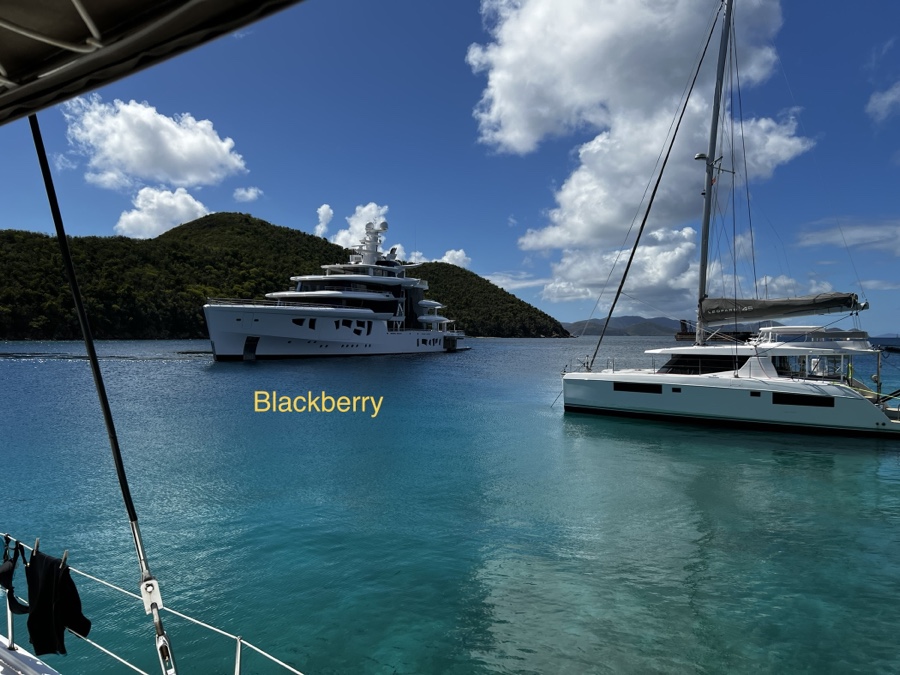 I think I have one last day or two of photos left.