[pics incl] Yes, you read that right, it says 2007, but I’m publishing it 12/14/2016 because I was writing a post about journaling, referenced this particular weekend, found some photos from this weekend and THEN… found the “news of the week” that I sent my grandma about that weekend.  Made me laugh and cry all in one.  Laugh because so much of “us now” is in THIS weekend, much of “us now” stemmed from THIS camping trip and THIS week’s “news of the week.” and cry… well, 1) while i know I washn’t super diligant about my “news of the week” (blog) back then [it wasn’t as simple as it is now, wordpress didn’t exist, I did everything MANUALLY], I kept up with it and MAILED it to my grandmother in the nursing home so she could keep up with us AND so that those visitng her would have something to do.  and 2) because I know that I probably kept just a few notes, quickly typed this up letter up all at once and bam, it was out the door in minutes.  It took me hours to re-read it, and it’d dake me hours over days to try and write/tpe something like that now and i’d proably forget to keep notes on most of it!… sigh…

I included all the photos to my grandma as promised.  The captions on the photos are hysterical (and the truth!). 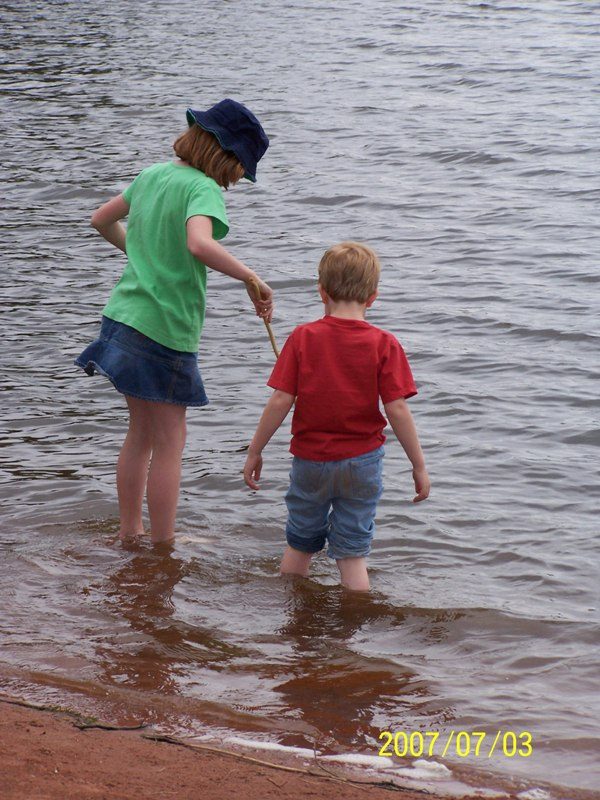 After the scramble of the “William fell in the lake” episode 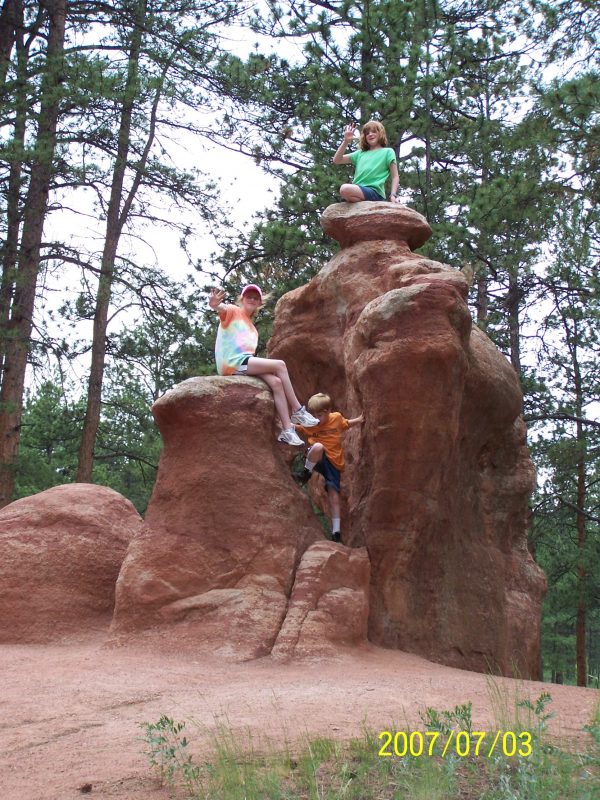 When we drove around and found the lake to have a picnic and ate lunch the kids climbed the rocks.  What’s not in this “news of the week” is what happened to Heather.   In true “Heather” fashion, she got STUCK, while climbing between the rocks. 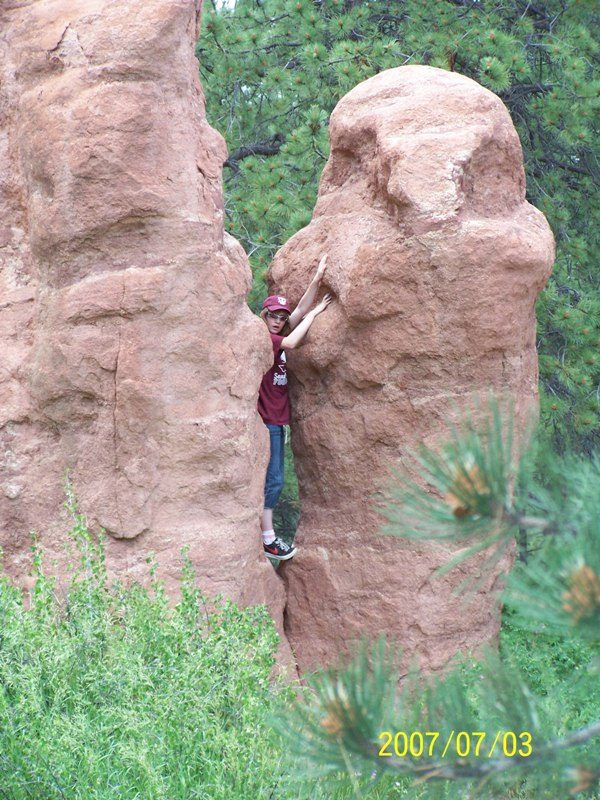 Heather is STUCK!, her back pocket button is caught on a rock!

Of course, in my typical fashion, I took a picture before helping.  I’ve shown you this photo before, it goes with her other “Heather needs help” photos.

After lunch we left and found the river with the sand bars.  This was the FIRST time Ashley had seen this place.

wading across the river

THIS place she painted from memory several years later. 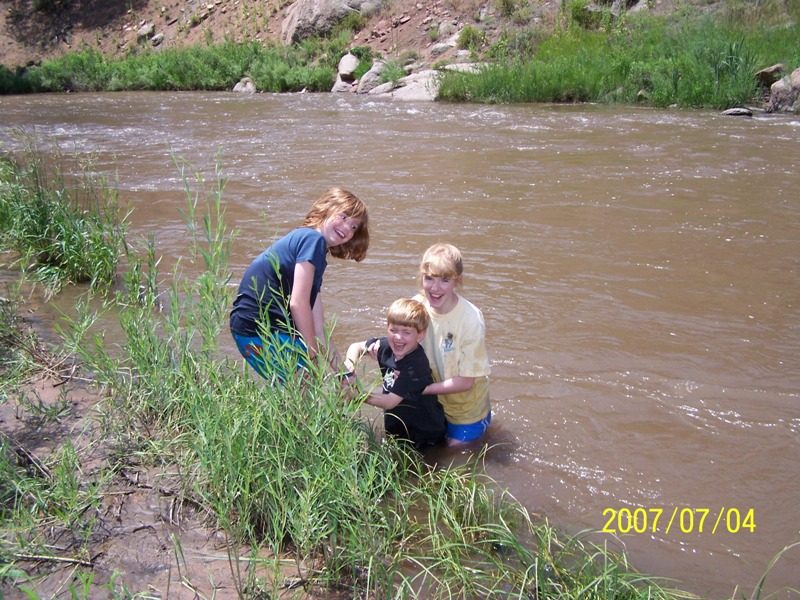 EEEWWWWH, my underwear got wet!

There are a few of things of “note” in tis letter:  we still camp at this location and that pop-up camper is the reason why we bought THIS pop-up camper, HA!  we’ve sinced learned our way around A LOT better.  THIS camping trip was the birth of EXTREME CARDS… HAHAHA!  this campsite (the actual camping spot was also the birth of Lemon Larvae and Extreme Croquet, this campsite is NOT the reason why I will not walk on grates but THIS trip solidified my reasoning for not holding onto doors with just my hands while stipping over things  [I sent a follow-up letter later with THE REST OF THE STORY of what happened with the door at the campsite]

THE REST OF THE STORY:  When I “slid” into the ditch, I realized what had happened and I started laughing.  I looked up and discovered that I was actually “under” the truck … off to the side, but my head was level with the tires/road, underneath of the truck, which was running of course and they couldn’t hear me, which just made me laugh harder.  I could hear them hollering but they couldn’t hear me.  Which made me think about the situation.  “Whoosh” she’s gone “What just happened? Where’d she go? Is there quicksand out there?” is what I imagined was going on inside the truck… I was NOT getting out of the ditch, the sand was loose and gravelly.  I had to walk AROUND to get out.  So yes, I was kinda hurt, but it was one of the funniest things ever and we still talk about that “disappearing act”…