[pics incl]  We were on our way to dinner and I turned around and laughed and decided even though I was missing some kids, I had the backseat full of kids and I “needed this picture.” 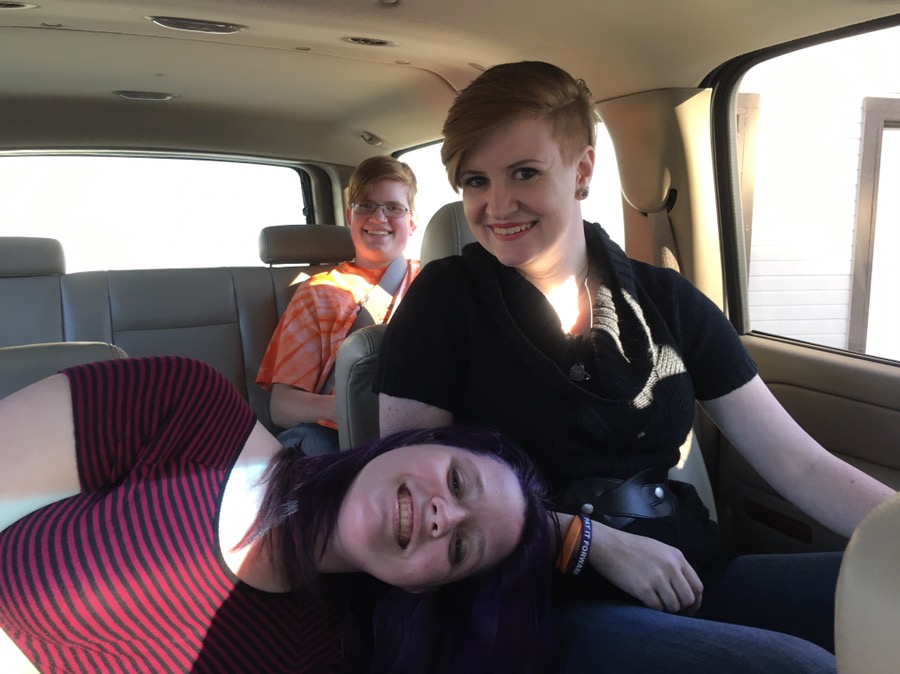 Drew had to leave before dinner and he parked the car over a grate… on the passenger side.  That’s not a probl if you are the driver, however, when “I” was about to be the passenger, this was a problem.  [I fell through a grate once]  if you throw in the fact that I fell in a ditch under the truck once, I couldn’t stop laughing… and HENCE, Heather’s photo OP. [oh the truck story is VERY FUNNY! http://blog.scottsontherocks.com/blog/2007/07/04/july-4th-weekend-2007/] 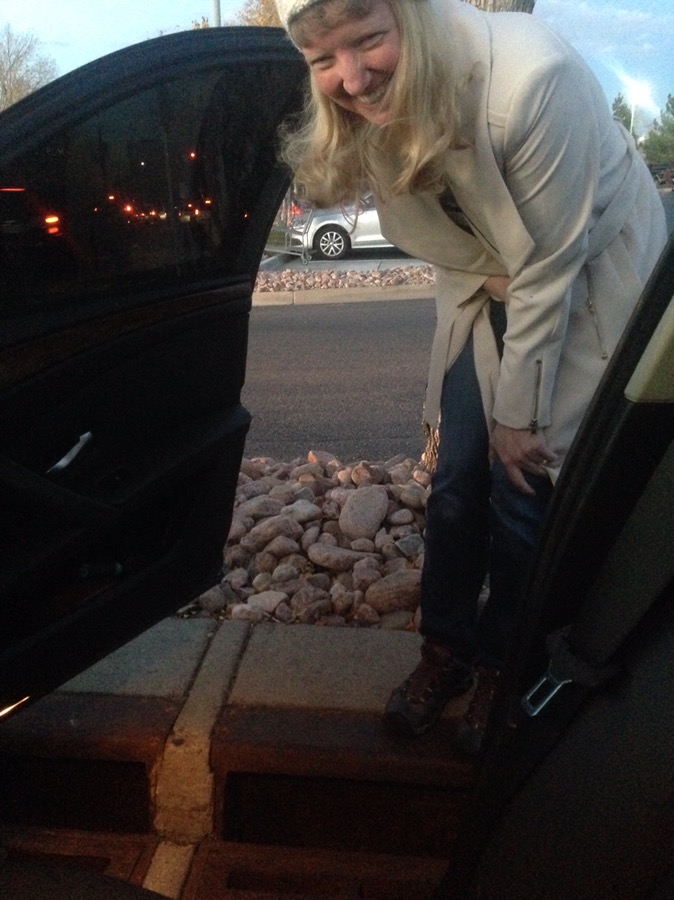 Courtney had to leave dinner early so we ordered hers togo and THEN, I remembered to take a picture… sigh. 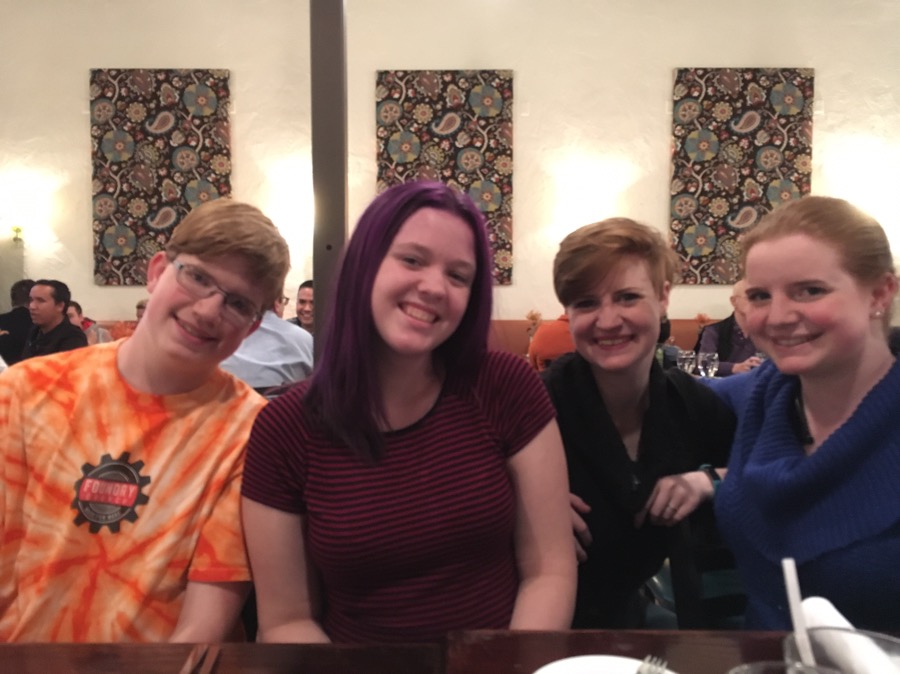 I also forgot to tell “the girls” that the handle in the bathroom was broken until we get a txt from Heather that she was locked in.  I guess she didn’t have a good samaritan like I did ;-P oops…!

All the games came out later 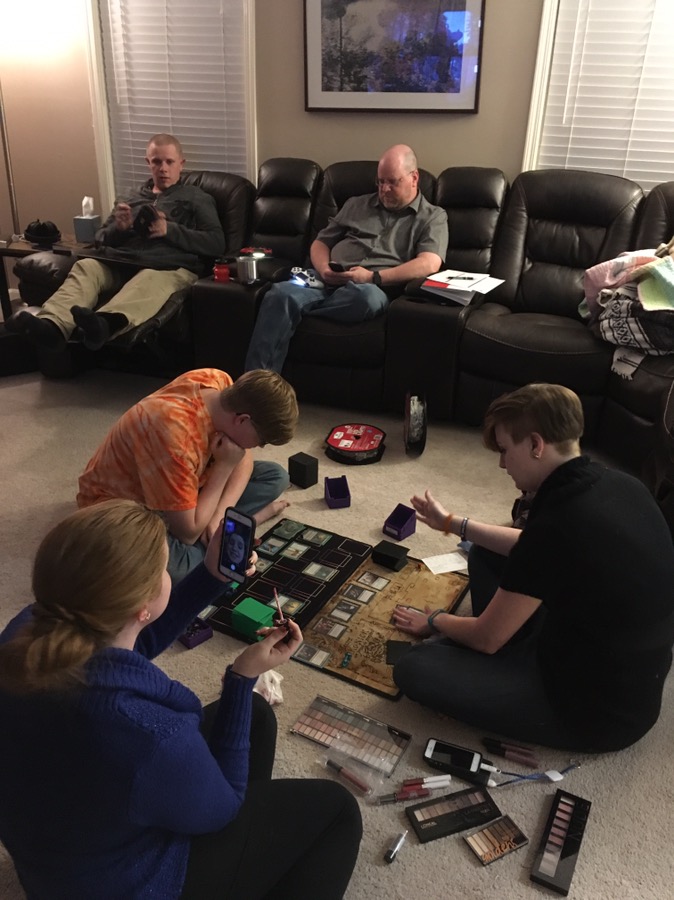