[pics incl]  William needed new dress clothes….  On a last minute whim we discovered a barber shop near Men’s Wearhouse and he decided to let the stylist decide his fate.  She immediately put his hair in a pony tail on top his head.  Josh & I TRIED to convince them to do it like Josh’s hair 😛 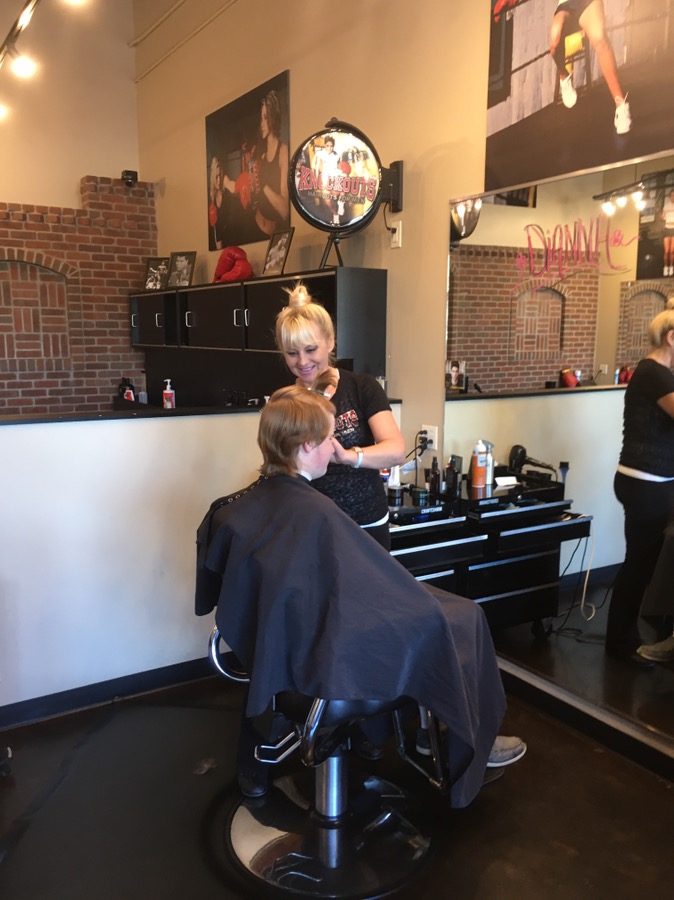 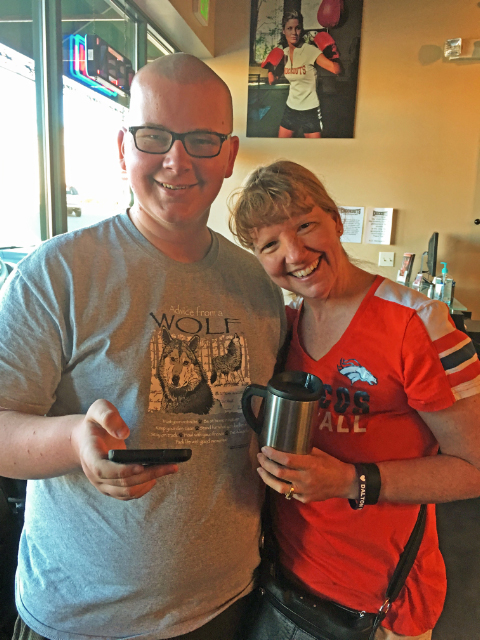 This was a HUGE deal for him because he has NEVER in his life had anyone touch his hair, other than Debbie.  [NOTE:  No, you’re not going crazy, there are TWO Debbie’s]  This was just a “he needs it by tomorrow and the barber shop is here and is this something you want to do?”  He had NO IDEA what to tell the stylist cuz he just tells Debbie what mood he’s in and she takes care of him.  THIS STYLIST, has convinced him to step out of his comfort zone….. because his hair was so long, she had options 🙂  As she’s chopping of his long locks, I’m reminded of another “Scott guy” that did this … about 30 years ago 🙂 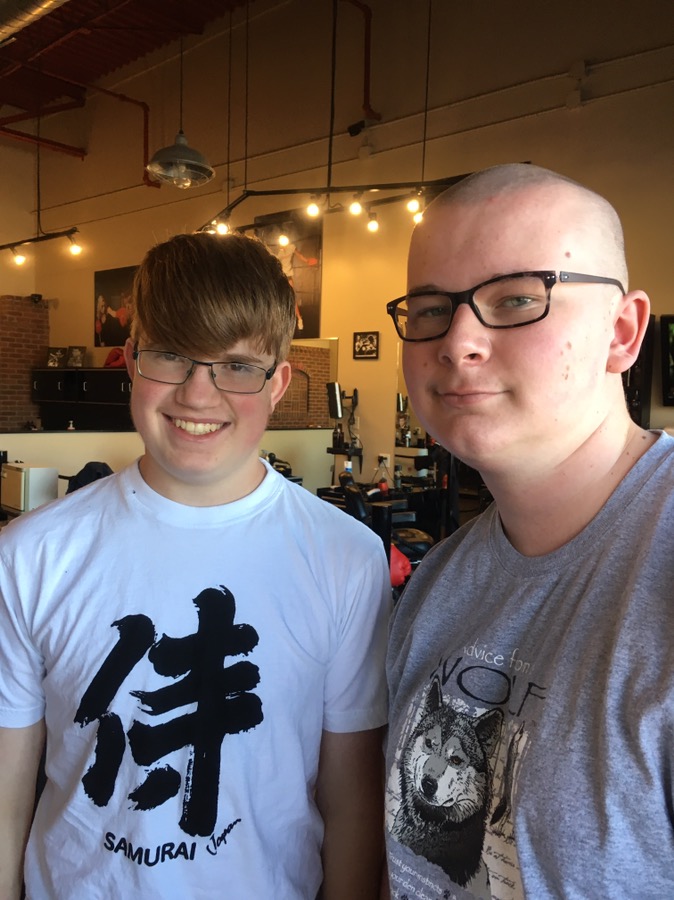 As we were checking out, she told William she’d love to have him as a model with his looks and gorgeous hair that clearly grows fast and can style many ways.  As we were leaving she also offered to give Josh his next cut.  As they walked out, she said to me, “I think he thinks I’m kidding””.”Which one?” “Well seriously both, but your boy there. Tell him I meant what I say.  and the other boy too”  She has a foreign accent.  “I will tell them.” 🙂

And THEN, William got the new suit… 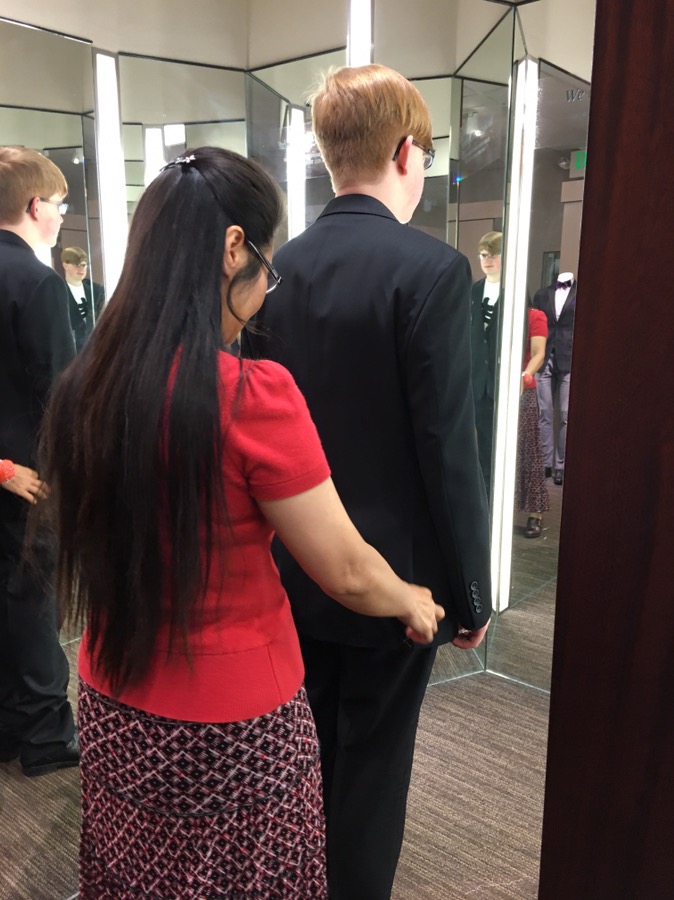 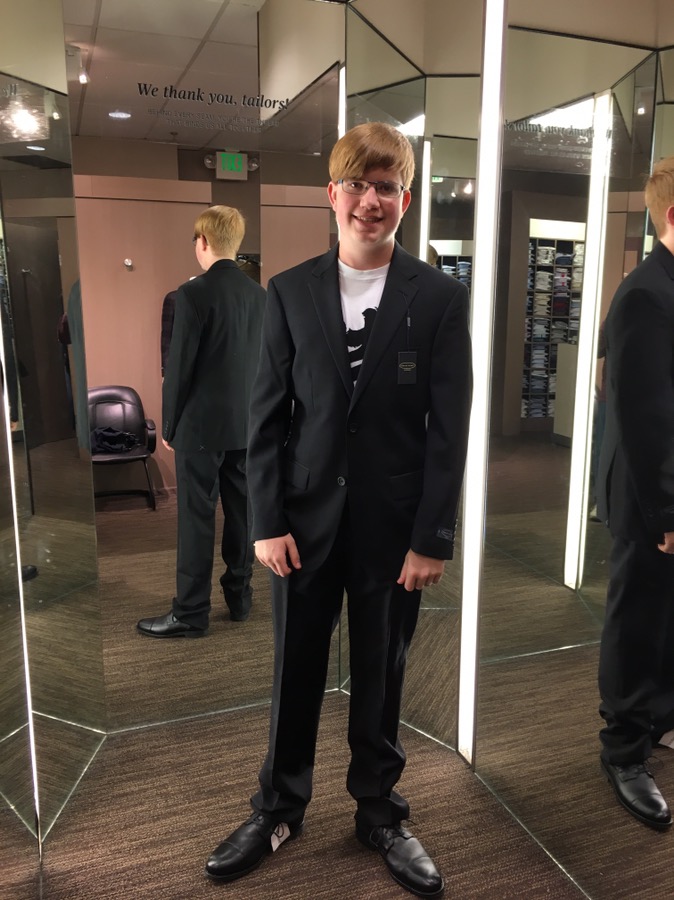 This entry was posted in Jeff, TAZ, William and tagged Hetherington, Scott. Bookmark the permalink.

One Response to William’s New Do