Happy 49th Anniversary to My Parents, Alan and Patsy Bacon

[pics incl]  My parents are here, it’s their 49th anniversary, so of course, La Fogata was on the menu.  HOWEVER, what you may not know: shortly after our last visit to La Fogata, Jaima had a glass break into his right rist rupturing his carpal tunnel artery & tendons.  He’s been out for 3 months!  We keep going in and calling and checking on him…. and we were told he would be back TONIGHT 🙂  He cannot serve but he can “expediate” or soemthing. or whatever, HE’S THERE! So this is a multi-function trip to La Fogata.

First CONGRATS to my parents! 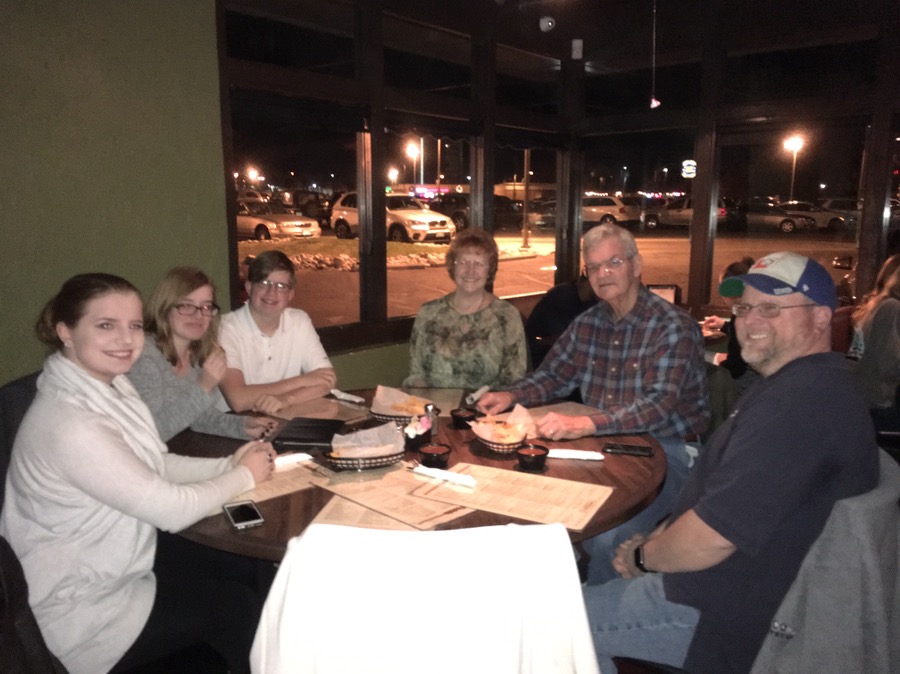 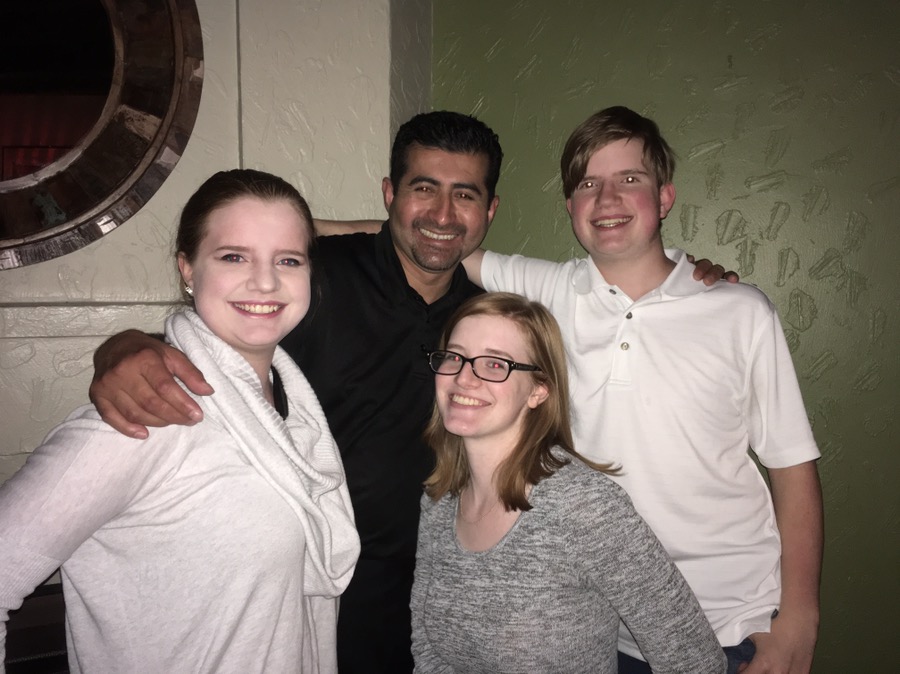 Then, Theresa had to come Join in the festivities but we couldn’t get the photo to take right but hey, I attempted to be in a photo.  I broke the camra. 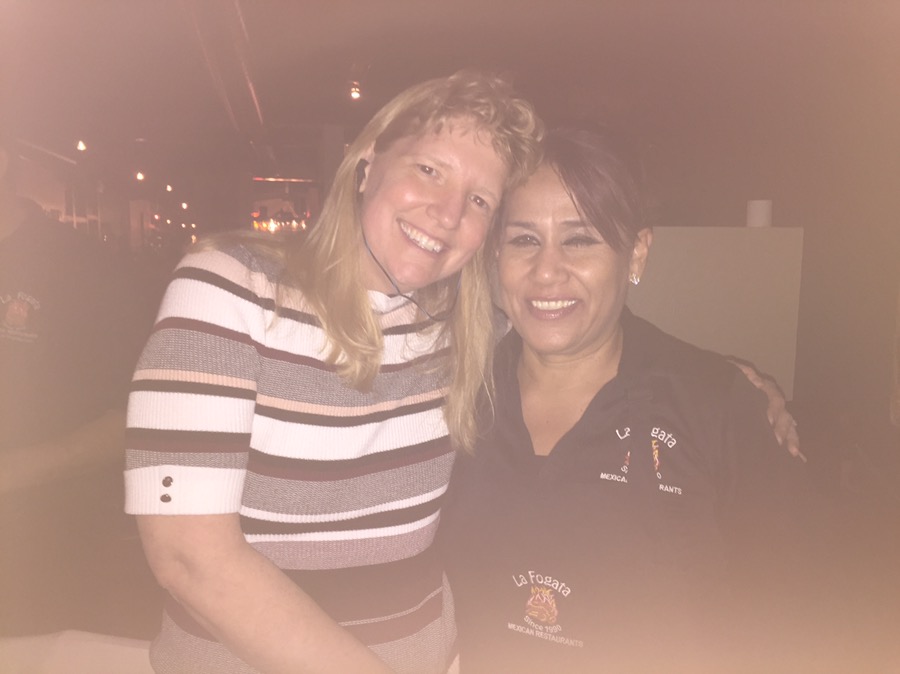 Jaime sent over shots of tequlla, ya know Jeff, i bet that was for mom 😉 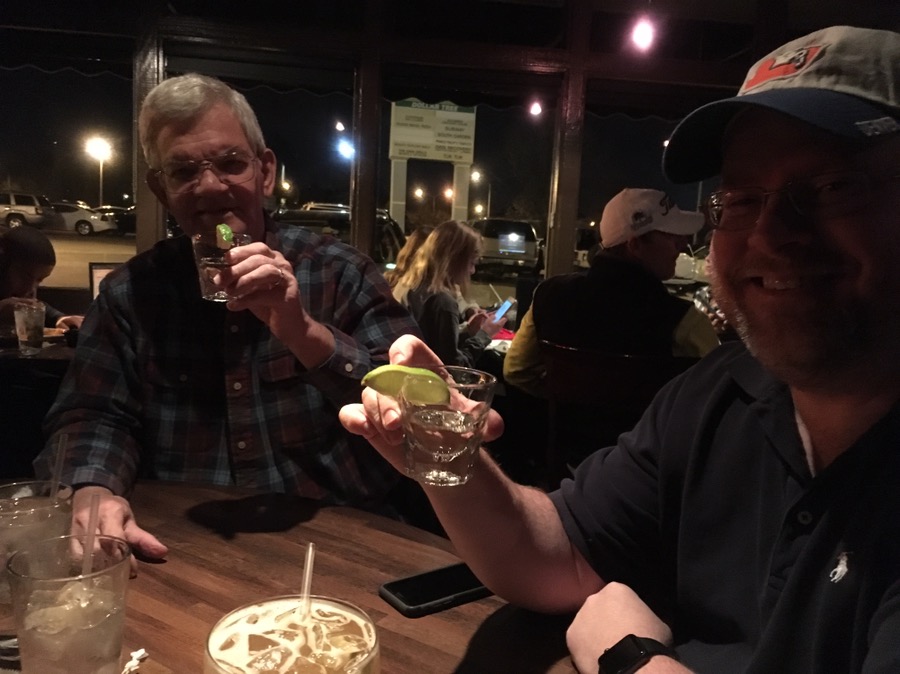 Jaime came back later and had to catch up on everyone.  Drew… Jaime says HI!  He held his hand out and said his 4 1/2 yo daughter is about this tall… I laughed becaues I think that’s about how tall Courtney is now 😉  It was nice catching up with him and I think he asked about everyone we’ve ever brought into La Fogata (or even into the restaurant in CR 😉 ), we’ve known this guy a while.  We were missing the owner since his passing but no worries, we seem to be in good hands, I can’t remember everyone’s names, but I promise to find out (I used to know them).  If you have never been to La Fogata, stop by and tell them we sent you! 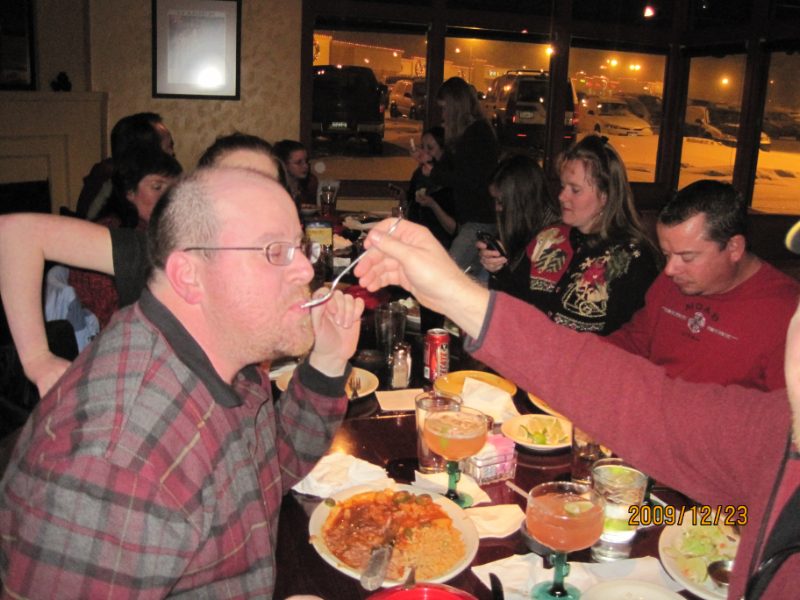 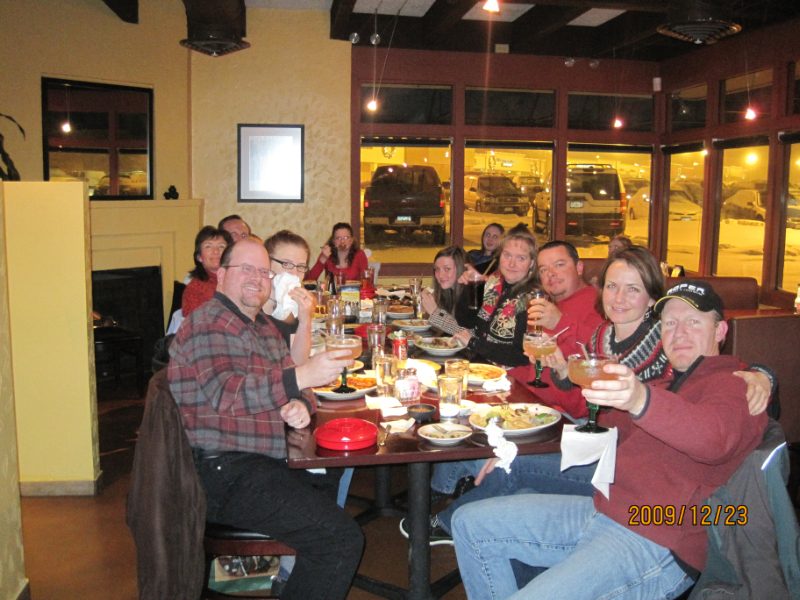 ALL the kids are down at the other end of the tables.

La Fogata is a place that we come to share our memories.  So thanks Jaime for helping us celebrate Mom & Dad (grandma & grandpa) this weekend, just wouldn’t have felt right without you (actually, THEY requested YOU).

THIS is why Jaime is SOOO important to our family:  http://blog.scottsontherocks.com/blog/2010/12/21/la-fogata-jaime/

One Response to Happy 49th Anniversary to My Parents, Alan and Patsy Bacon