Ode to the Back Door

[pics incl]  There were teenage boys practicing with the “throwing knives”   Our instructions were “do one stupid thing and you have to put those away.”

I hear ya, but these are responsible boys.  They had the plywood setup as the backstop.  Jeff checked their setup, they were good.

It was the wind… that didn’t play nice.

They put the knives away 😉

You see the blame can’t be ALL his.  It all started when Santa brought the knives 😉 let’s say YES, some lessons were learned, some freaking out occurred… some laughing happened. Not our first broken window, not even our first “broken thing” this weekend. We pointed to the mailbox… http://blog.scottsontherocks.com/blog/2017/02/18/ode-to-the-mailbox/

No money exchanged hands, we take ours in sweat 😉 A memorial for the backdoor will be held at a later date when the “guilty party (s)” will return to assist in clean up & replacement… This window was already on slated for “the list” to… ahem… retire. 😉

And he graciously posed for a “photo of shame” that  the other boys swear to make viral.  I only promise to harass… today 😉 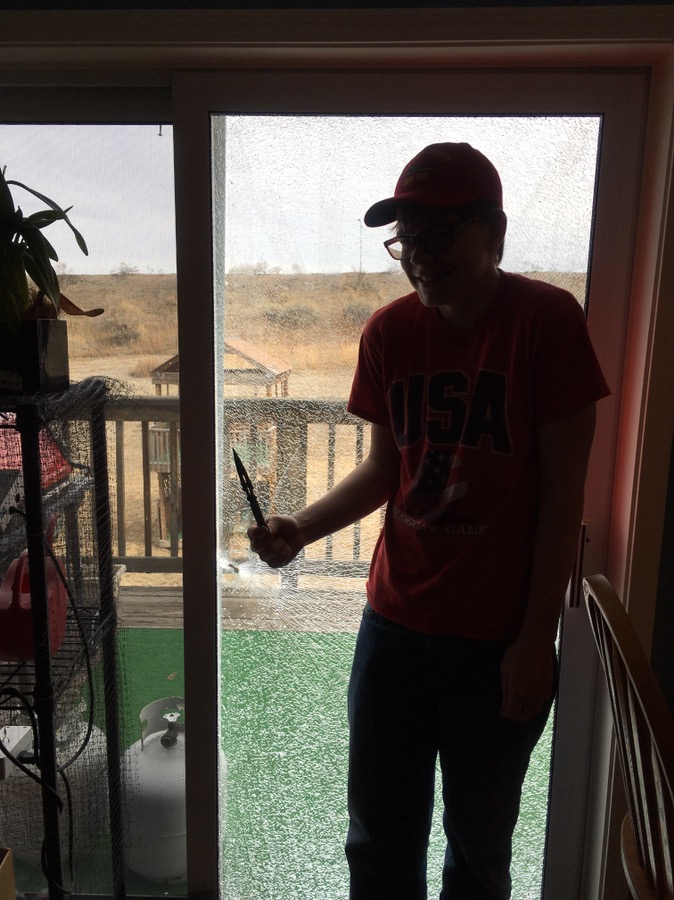 dear backdoor, what can I say, this won’t be as elegant… we didn’t like you a much and I suppose it’s always shown.  the end…

[Shelbi arrived mere moments of this happening… “Do you realize your mailbox has been rundown?! OhMiGosh… what… happened… here?!? OhMiGosh

When the girls got home from work, they both paused and kinda tilted their heads at same time “was this? what? when? what happened?”

Jeff: “The glass shattered when you hit the mailbox.”

Courtney :”it did NOT, THAT is NOT a THING and you are such a LIAR! Ashley, don’t believe him, this better be a REALLY GOOD STORY or I’m gonna be mad that you tried to pin it on me!” [NOTE TO FUTURE PROSPECTS: she’s sick, she’s hungry, & she found out at the last minute she has an online MATH/FINANCE exam later today… there will be NO tolerating BS 🙂   Does this sound like anyone? HA!]

They were properly amused. They blame Santa.]

Ooooh, but it’s really pretty in the morning sun! 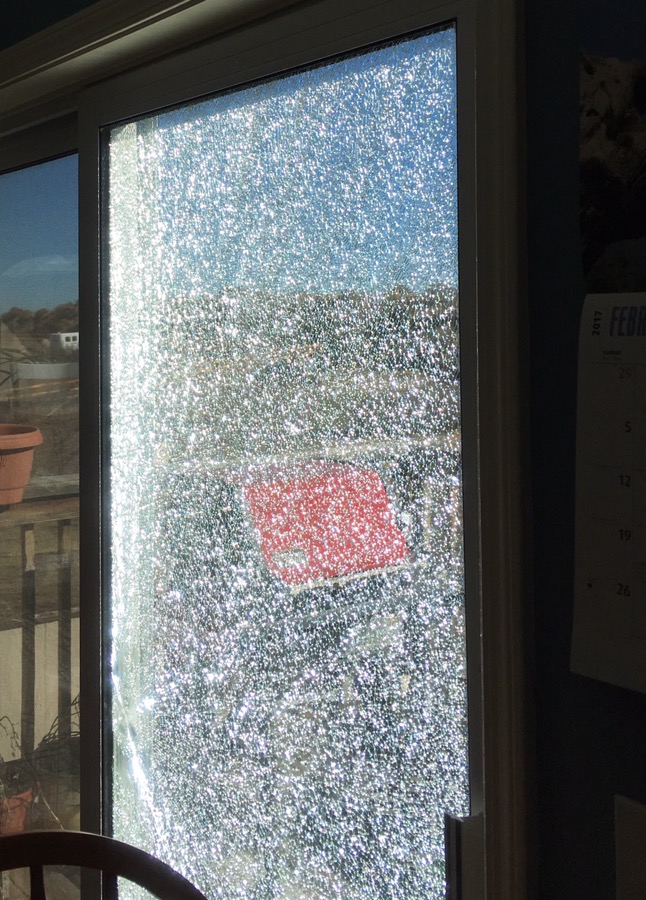 Abby showed up the next day: What happened? Guess.  Well, it’s broken outside.  And right here. [while she didn’t guess “throwing knives” because well… yeah… she had excellent guesses] She immediately narrowed it down to… boys whom shall not be named.  “But they wouldn’t have thrown at the door on purpose? so what happened?” [see above]  She too, knows all the boys, is properly amused, and only partially blames Santa 😉  She was MORE AMUSED by & will be attending the mailbox memorial.