[pics incl]  Jeff and I had a belated Valentine’s Day gift of a cooking school couples night.  Yes, that’d be him paying someone to let me cook 😉

Right at the beginning, we had to sign a release, you know : knives, fire… “I’m not signing for her” and “I’m not allowed to hold knives…” preceded the, “Ah, thank you for declaring yourself upfront for us!” HA!  I hadn’t even made it in the door yet!

We made sure to take pictures BEFOREHAND… just in case 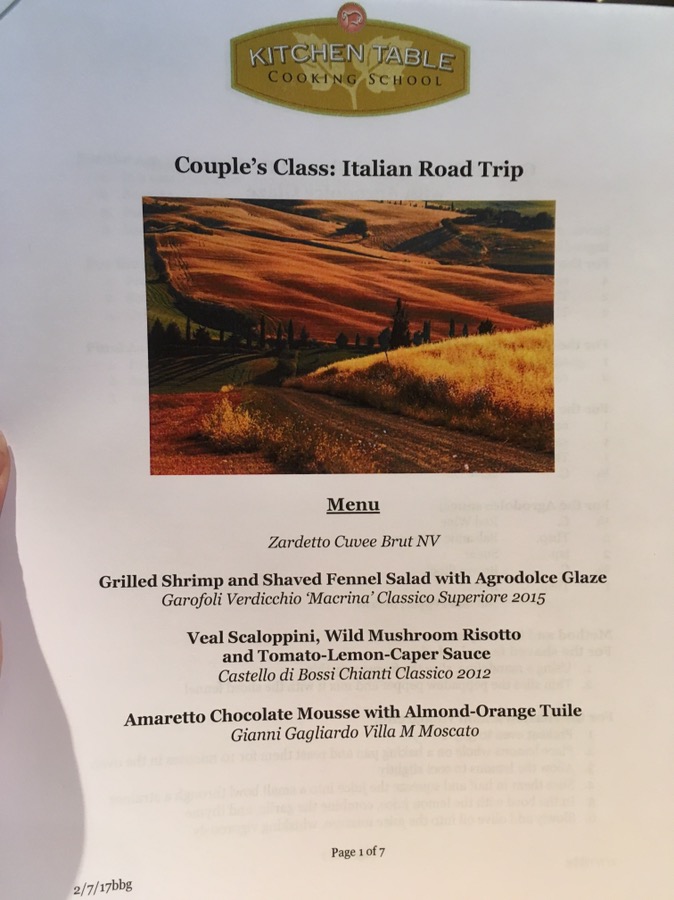 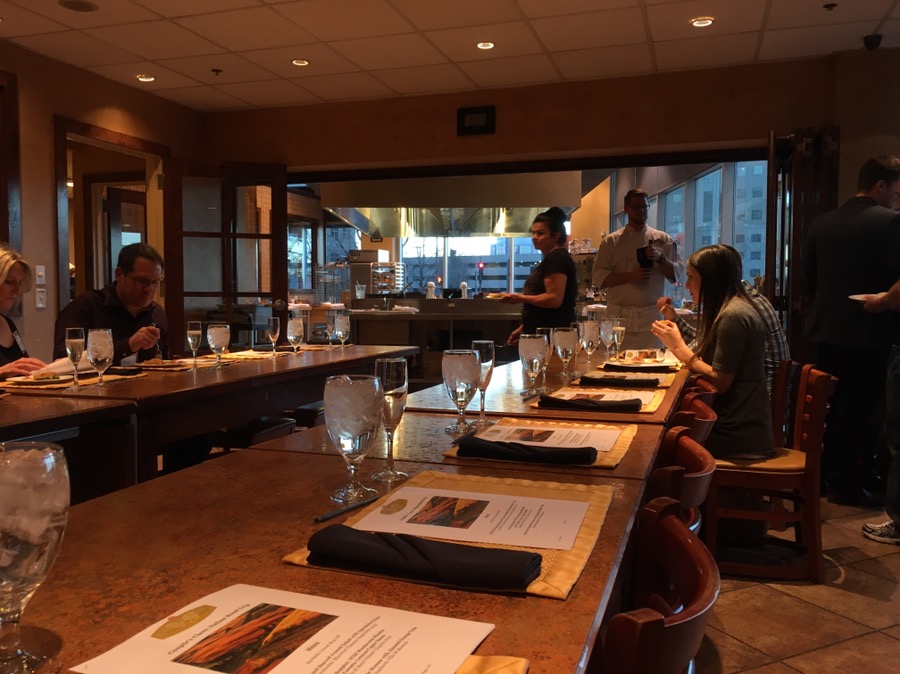 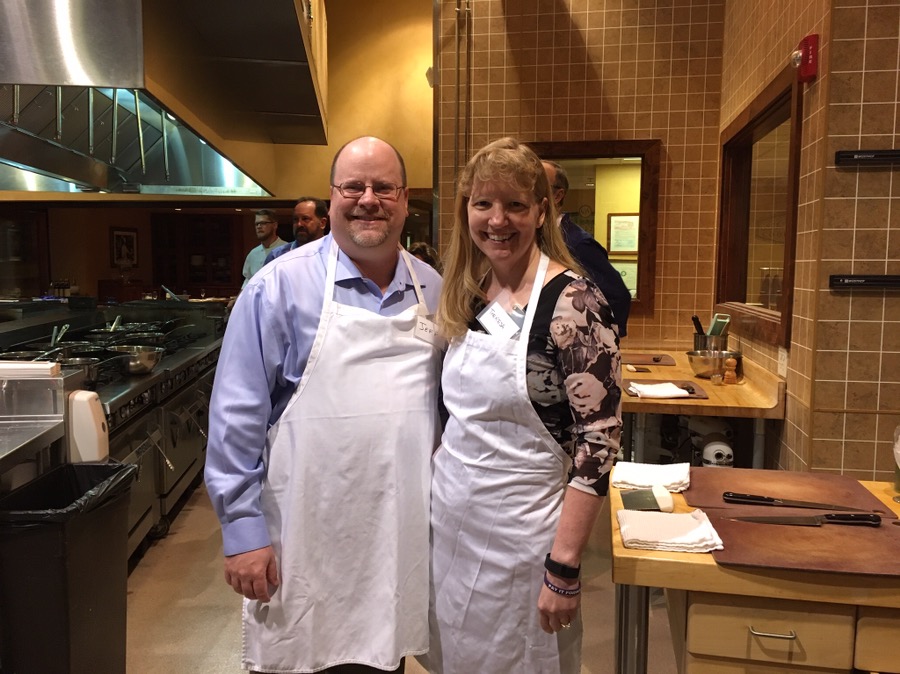 I didn’t have any of the shrimp (shellfish allergy) so Jeff had four instead of two.  Neither of us were sure about the fennel, but I have to say, once the sauces were added, this “salad” was delicious. 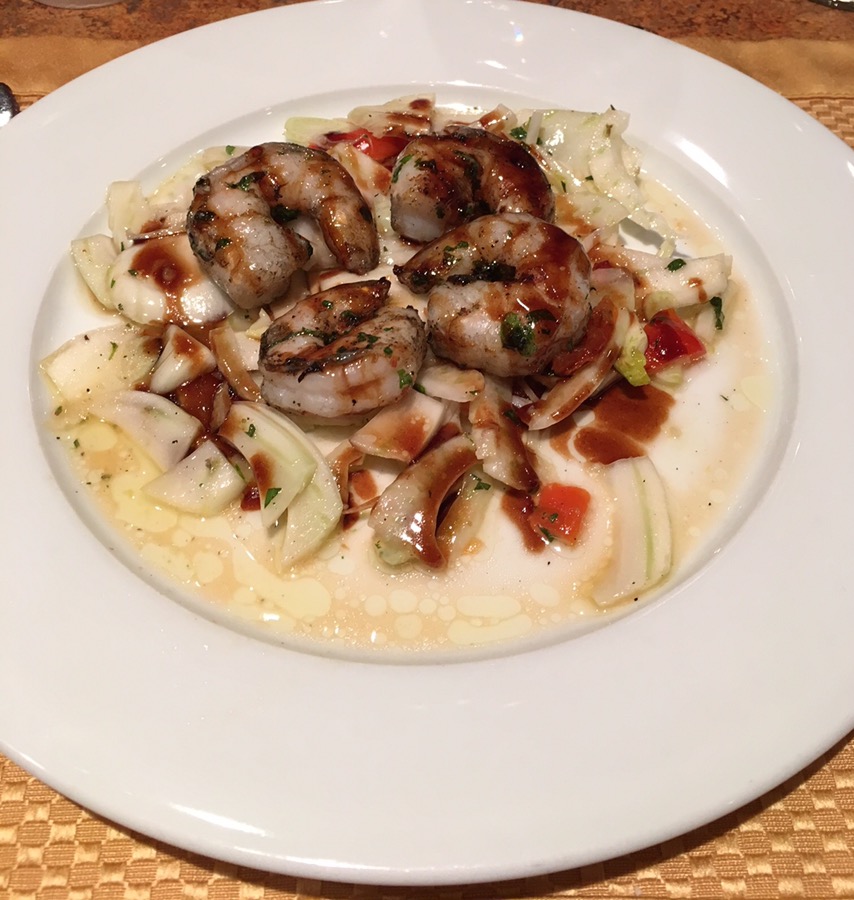 The veal and risotto was a two-parter so Jeff worked on the veal & sauces and I stirred the risotto.  At one point the guy next to me leaned over “I’ve been demoted to stirring.”  “Not me, this a promotion, I wasn’t kidding earlier when I said they don’t let me in the kitchen!”  [Note: there are 8 couples total and everyone, except one… the woman to his other side, had heard us kid around earlier about “our kitchen was on fire once, NO, I didn’t do it but they did ask if I was cooking“]  The woman to his other side had to be quickly brought up to speed on WHY everyone found “my promotion to stirring” extremely amusing ;-P 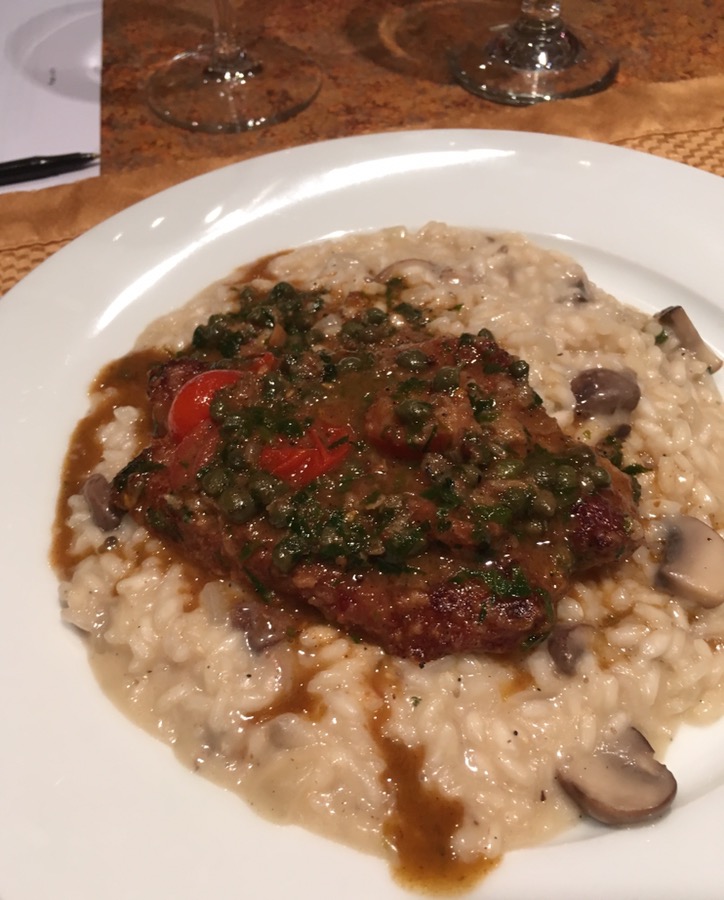 We actually made the dessert first, so that it would have time to chill while we cooked/ate the remainder of our meal. 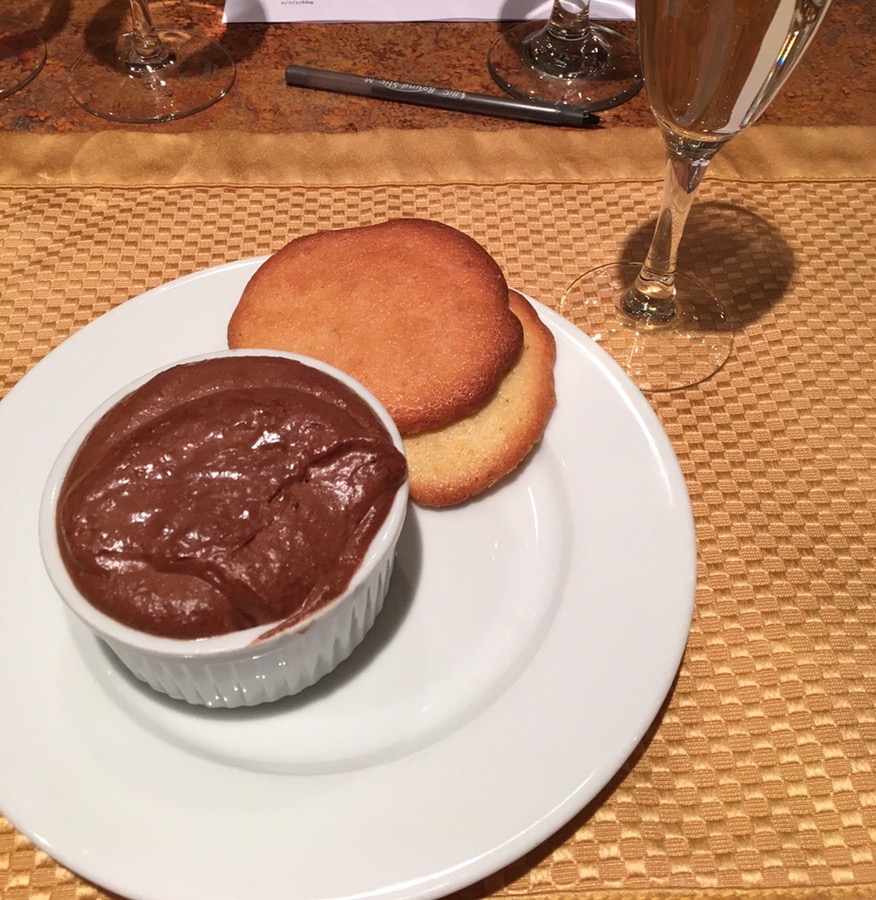 We started w/ champagne and each of the dishes was paired w/ a wine they recommended.

Others that attended tonight, have been to “other” cooking class/dinners at other locations.  Based on THEIR opinions, “Kitchen Table” in GV is unanimously, worth the drive & the money.  While it was a bit pricey, it really wasn’t, considering, the high end food & wine, the time spent, we LOVE the head chef/instructor, and that I have ZERO complaints & highly recommend.

The best thing I learned is that I will no longer be “burning” anything.  It might be “over carmalized” or “intentionally rustic.” HA!

To be honest, I think this would be a blast if we had the entire group… say… our neighborhood, go together.  Can you imagine?!  Regardless, it was fun but I do think it would’ve been a bit “more fun” if we’d known at least one other couple.