[pics incl Just some random photos of our visit with Andrea, Mark and Hayley? Of course my parents too. 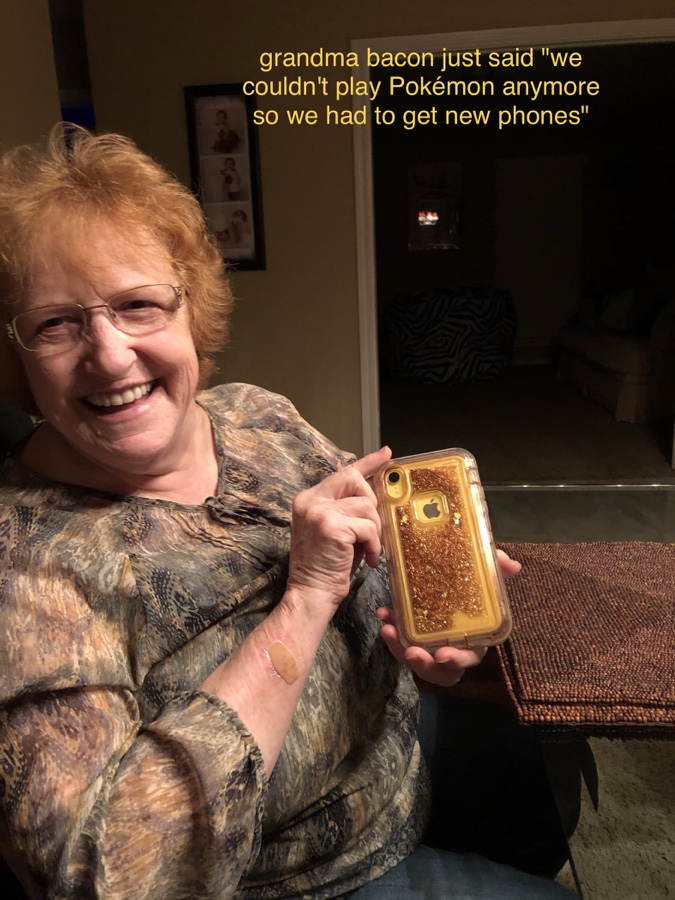 My mom showed me her new phone… she actually said “We couldn’t play Pokémon anymore so we had to get new phones” Yup…. I txtd Courtney 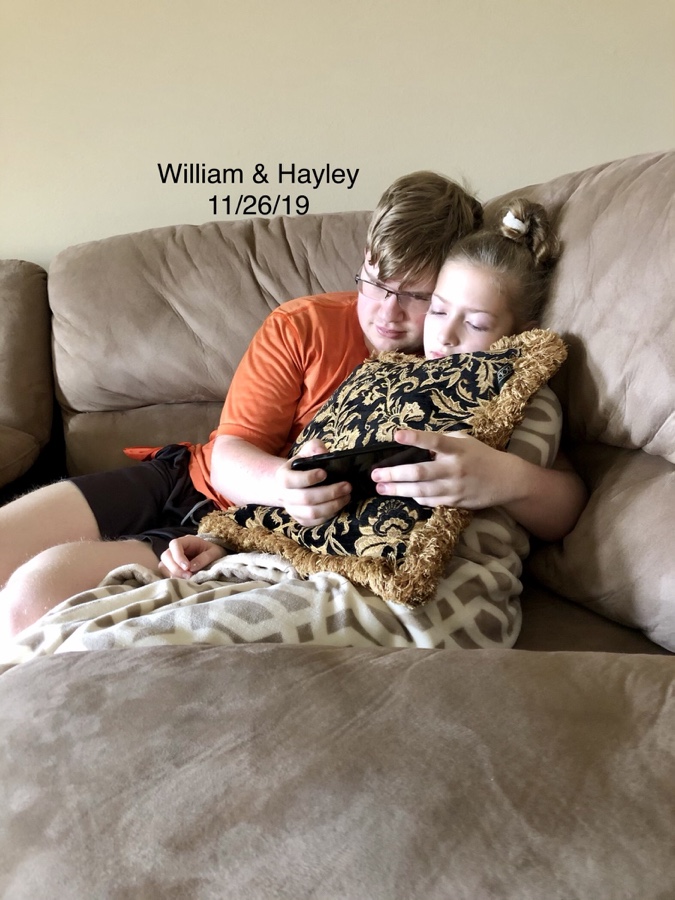 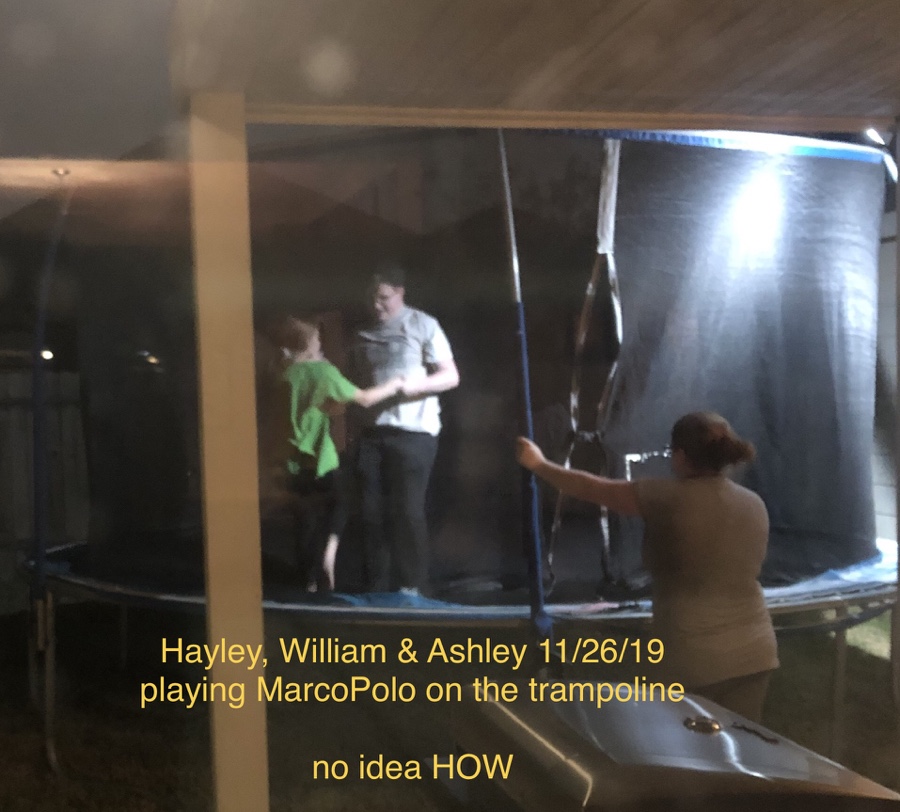 They told me they were playing MarcoPolo… don’t ask me how it’s accomplished on a trampoline! 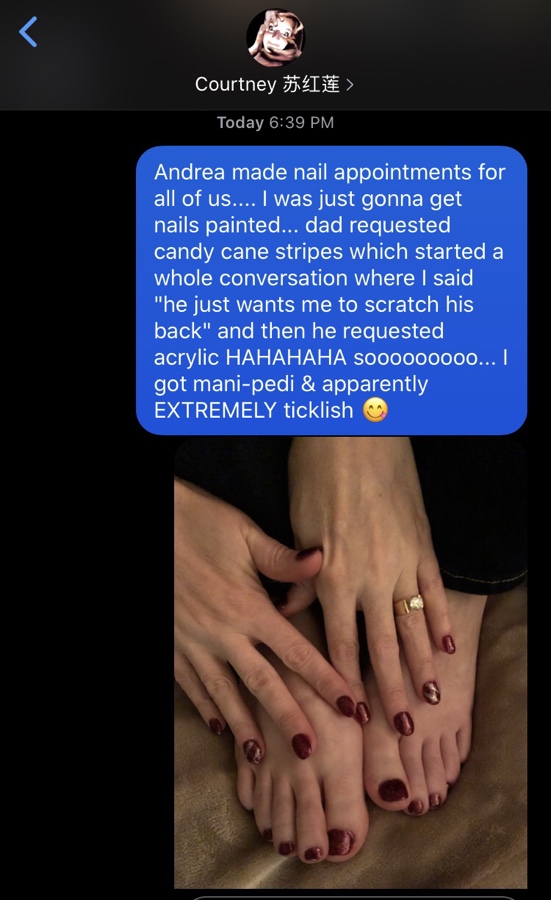 I do NOT get my nails done… just not a thing I do. I have been dragged a couple of times in the past but this time Jeff was instigating the whole thing. Saying it’s Christmastime so I should get candy canes stripes… (and NO… I don’t do red!) I told Andrea that he really didn’t have an opinion, he just wanted me to scratch his back but I have thin nails… which started a whole conversation about acrylic. It was all downhofrom there HAHAHAHA I let the owner of the nail salon be the boss of me so these are like Burgundy w/ silver accent stripes.

If you live in League City Kim Loan Nails(by where the old Kroger used to be) is owned by a friend of Andrea & Stacy…. Kim just calls me “sister” Feel free to let her know we sent ya! 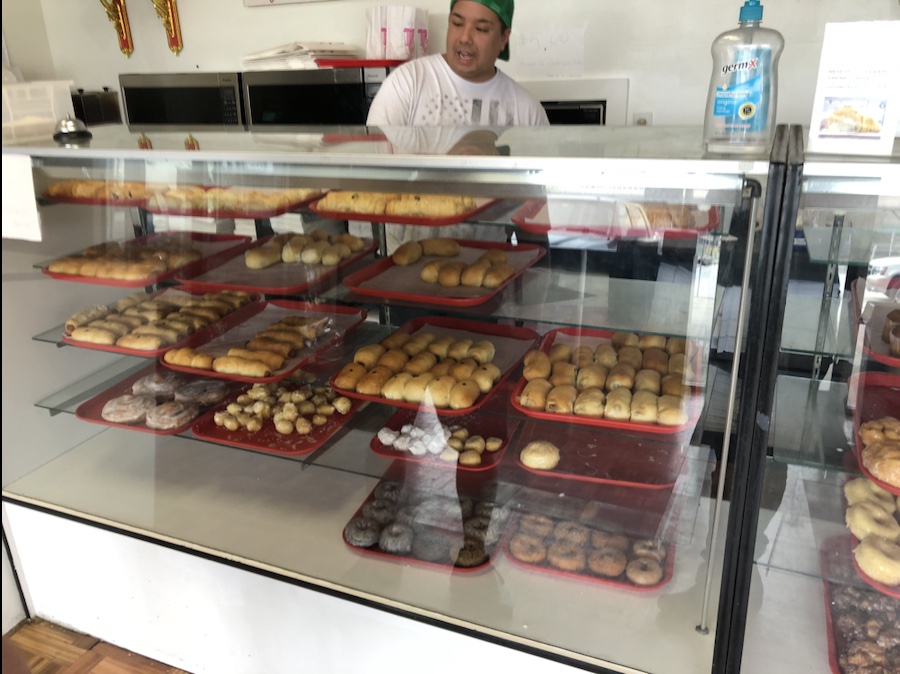 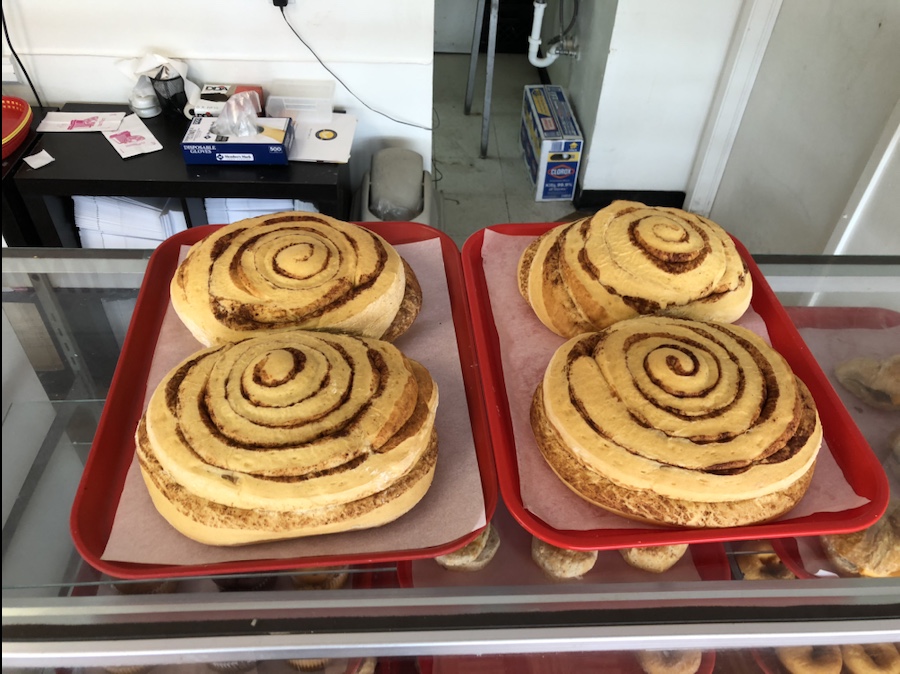 We cannot get kolaches in CO. We have tried to get our local donut house to carry them but he thinks they won’t sell because no one knows what they are. I keep telling him “if you make them, they will come” Alas, we can only get kolaches as we get closer to TX. Bonnie’s Donut in LC also has giant FIVE pound cinnamon rolls. Of course I need a dead to txt that to Courtney and he was happy to pull them out for me.